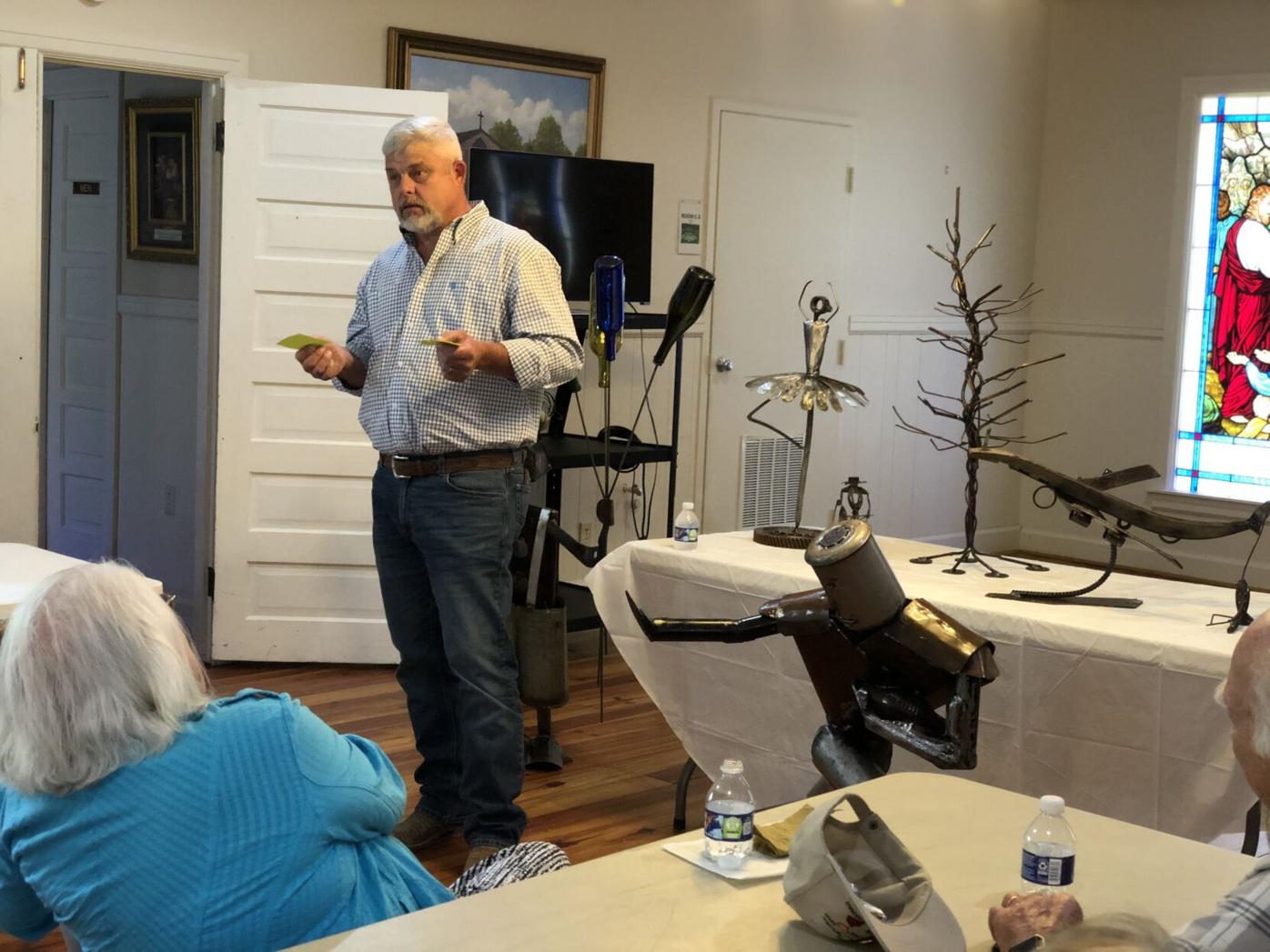 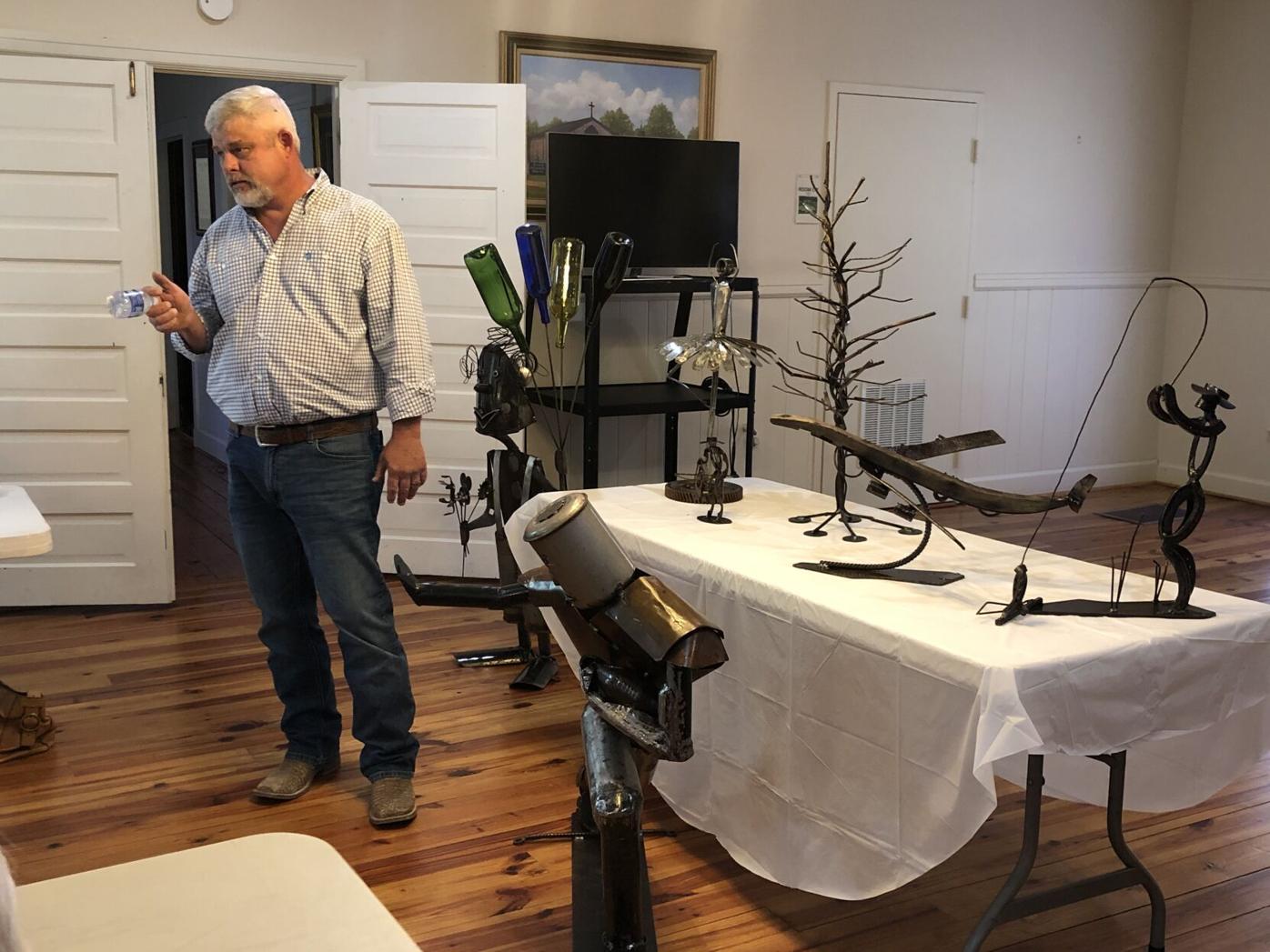 The Kelly Fitzpatrick Memorial Gallery hosted Tuesdays with Kelly at Trinity Episcopal Church on May 18. It was the last event the gallery hosted outside of its new permanent home on Company Street in downtown Wetumpka.

Artist Ray Bellew, a Tallassee self-taught metal artist, was the guest speaker. He spoke about his journey to becoming a successful welding folk artist of today. His work is featured in The Kelly's The Folks exhibit, which features the work of self-taught artists, that's now open.

Bellew started out as a welder at Rheem Manufacturing in Montgomery and it's there that he discovered his talent. He said he always knew there was more that he could do, but he could never put his finger on it. So, he prayed to God to reveal it to him and one day he did. Bellew said he had a vision of pieces of metal uniting to form an image of Jesus on the cross.

In about 10 minutes, he used pieces of scrap metal at his job to weld together the image he saw in his vision.

"It really blew my mind because I couldn't believe what I did," he said. "He just showed me how to do it. And since then he's shown me other things that validated that vision."

Over time, Bellew said some of his coworkers began to purchase this works of art. Further confirmation of his talent came when his pastor purchased a welding machine and gloves for him to further develop his gift.

"He got me everything I needed and I didn't ask him to do that," Bellew said. "I never asked him for anything but he saw more in me."

Over the years, his work was highlighted and featured in several different publications and new outlets. He credited local artist Don Sawyer with helping his career take off. Bellew said it was Sawyer who introduced him to Marcia Weber, owner of Marcia Weber Art Objects, where several of his pieces are featured.

"She's an angel," Bellew said about Weber. "God put her in my path to help me get things done that needed to be done. She's one of the people who have really made a difference for me."

Bellew said the most he's ever made was for a life size tiger. It turned out so well that he decided to try his hand at a life size horse. It took him four or five months to create the horse, which was displayed at Marcia Weber Art Objects and is now on display at The Kelly.

The Kelly's The Folks installation will run through the end of August.