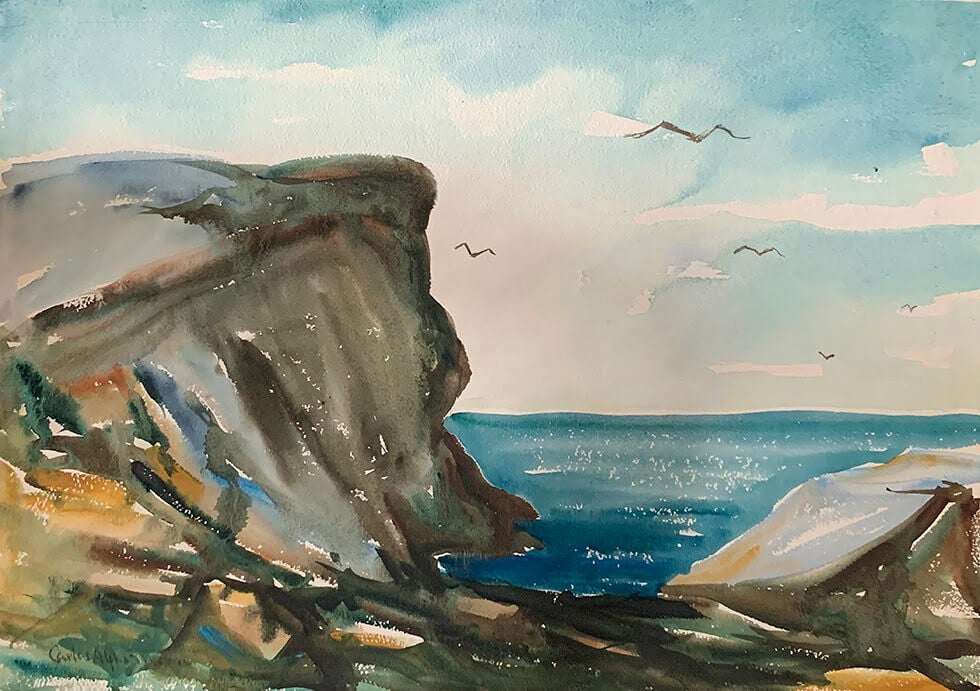 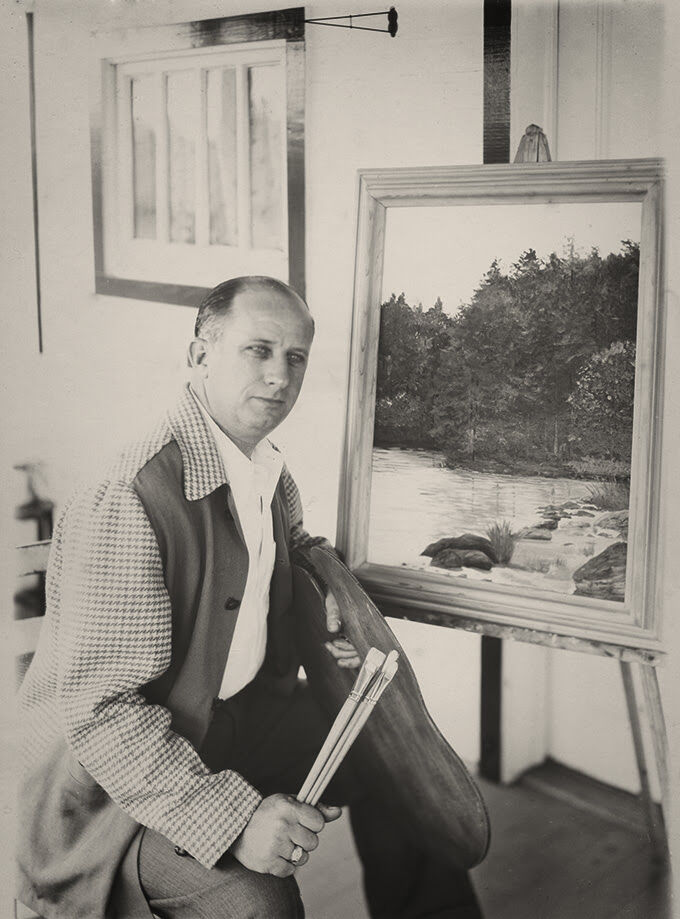 A watercolor on paper by Carlos Alpha Moon was recently donated to the Dixie Art Colony Foundation by Y. Painter of Navarre, Florida.

Moon painted this piece on a trip to coastal Massachusetts while studying with artist Morris Davidson. Although this painting is clearly representational, it was on this trip that Moon began to experiment with abstraction.

Davidson was an artist, writer, and educator well-known for his abstract work. Although based in New York City, Davidson worked and taught in several artists' hubs, including Asheville, North Carolina, Rockport, Massachusetts, and Provincetown, Massachusetts.

Moon was born in Birmingham in 1906. He was raised in Andalusia and took up the family business of photography in Troy. He later moved to Florala and took over the operation of Pouncey's, a ready-to-wear business that was owned by his wife's family. Moon later added three locations in North Florida and soon became quite a successful merchant. With his company operating smoothly, Moon had time to pursue hobbies such as painting.

Although his career as an artist was far too brief, he became one of the most prominent members of the Dixie Art Colony. He passed away after a heart attack at the age of 47.