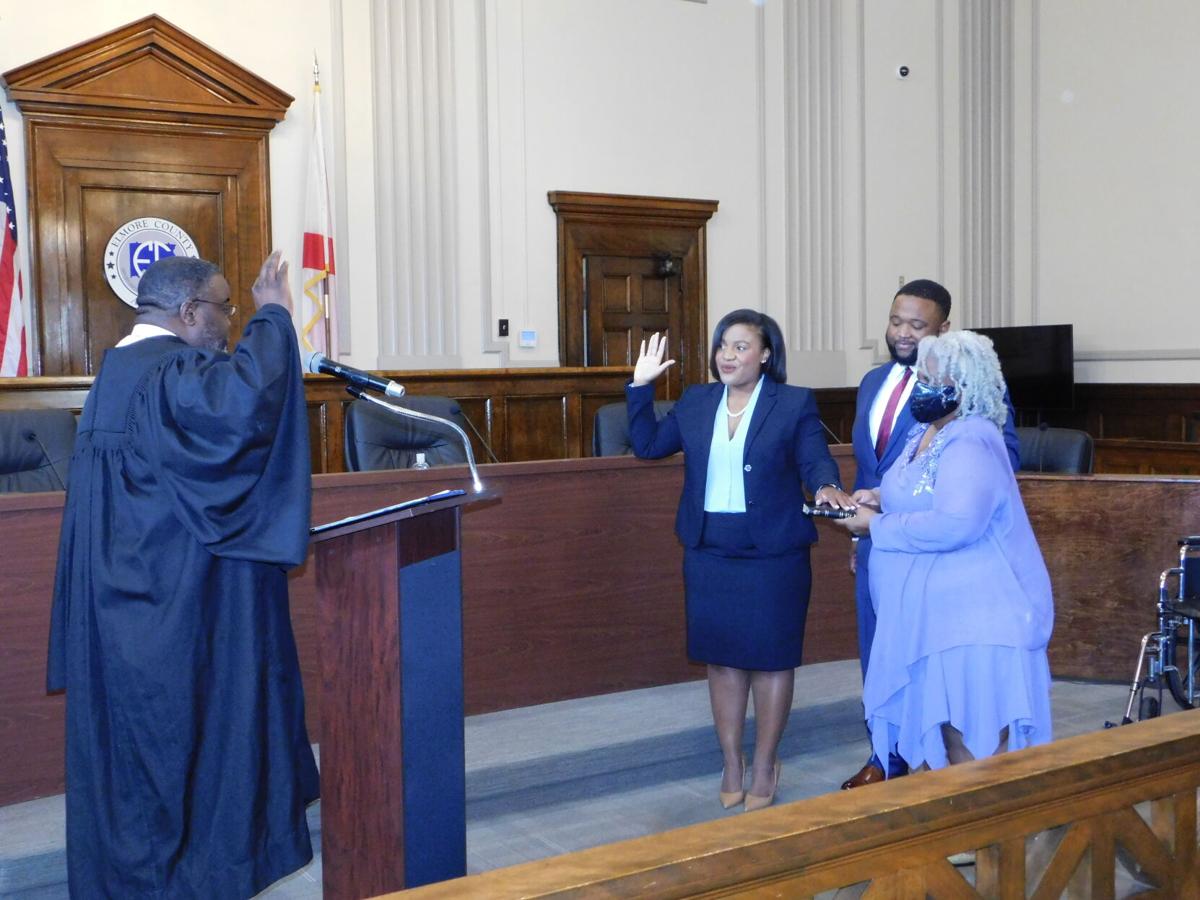 Desirae Lewis gets sworn in. 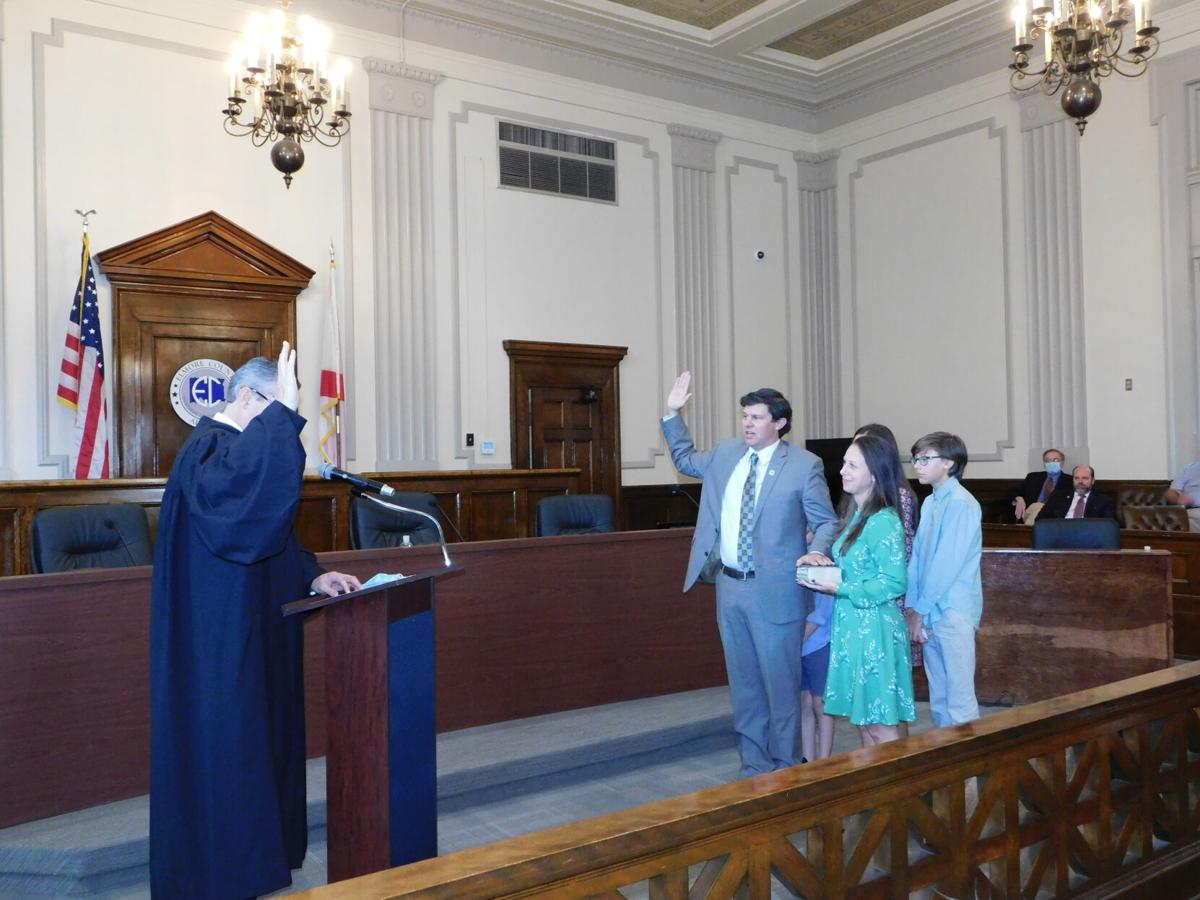 Troy Stubbs gets sworn in. 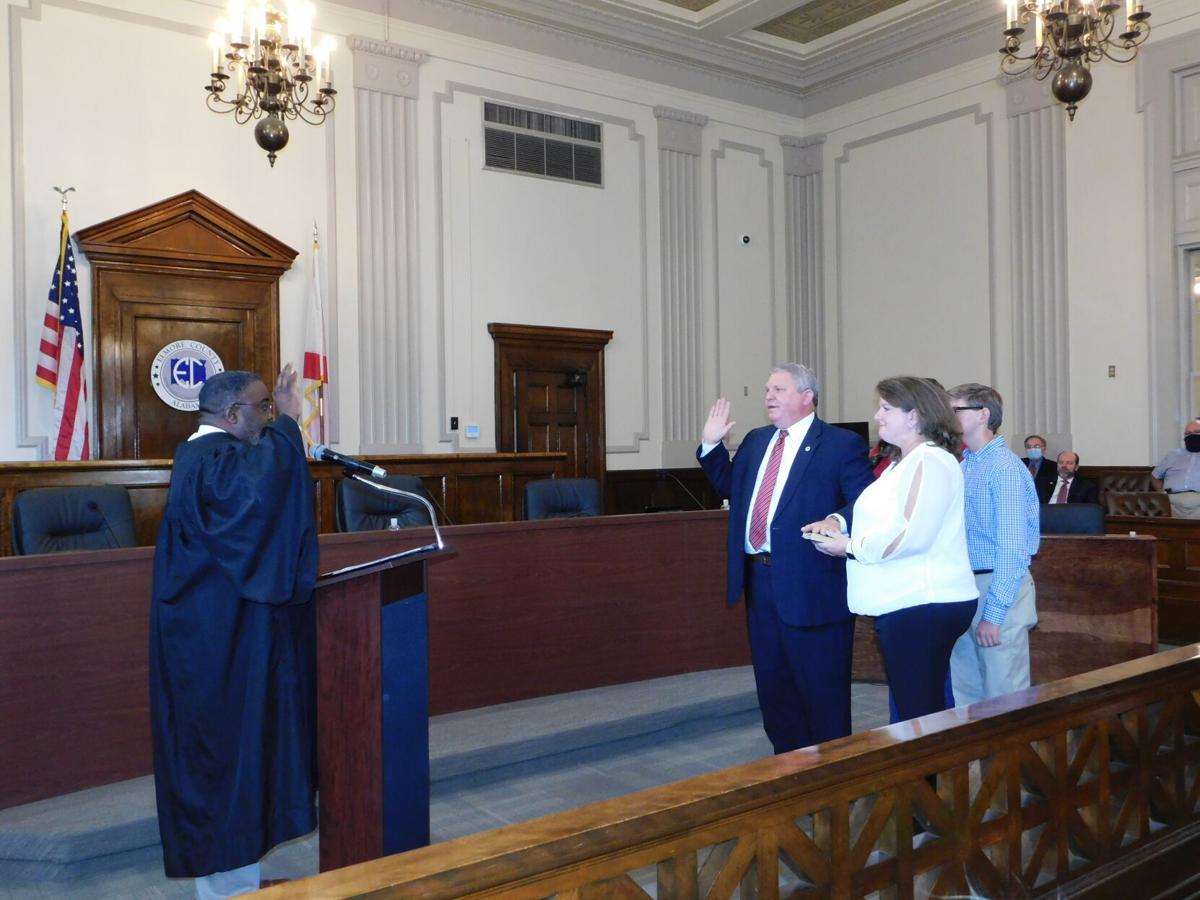 Bart Mercer gets sworn in. 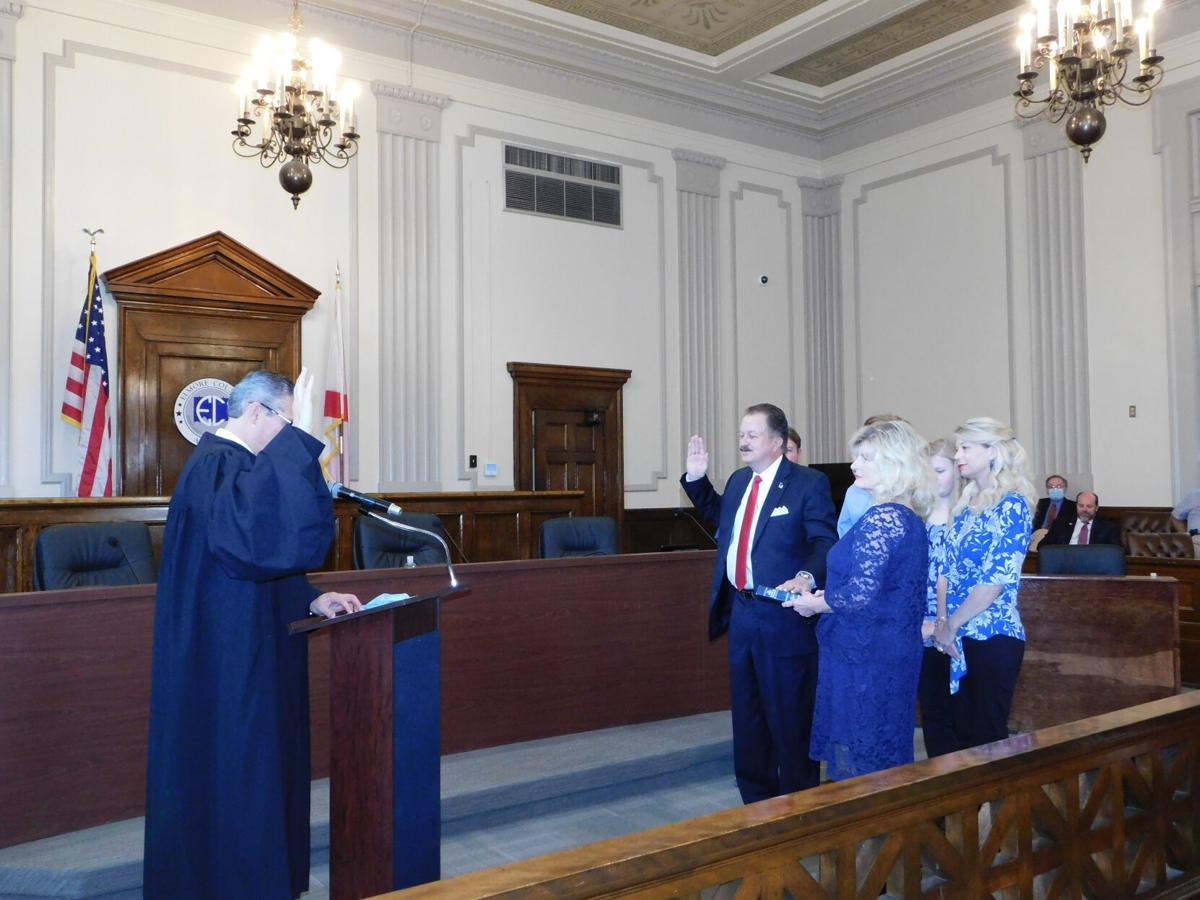 Mack Daugherty gets sworn in. 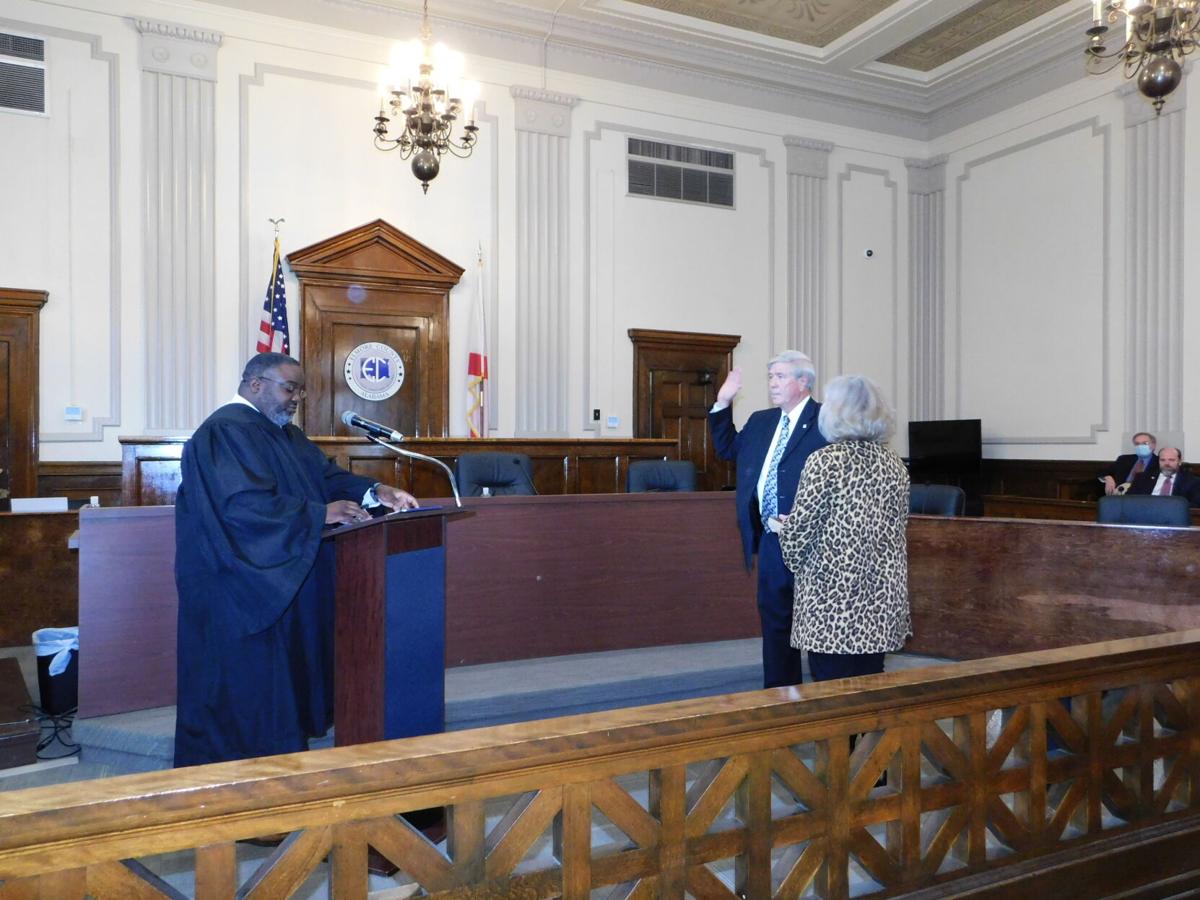 Henry Hines gets sworn in.

Desirae Lewis gets sworn in.

Troy Stubbs gets sworn in.

Bart Mercer gets sworn in.

Mack Daugherty gets sworn in.

Henry Hines gets sworn in.

Lewis was elected to the commission during the Nov. 3 general election. Earl Reeves, who did not seek re-election, previously held the seat. Hines won the District 1 seat in July in a runoff against incumbent Kenny Holt.

Stubbs shared that each commissioner will serve as a liaison in one of five areas the Stubbs refers to as the “five key pillars of a successful community.” These areas of focus include economic vitality, education, health care, public safety and infrastructure.

“If we excel in those five areas we can achieve a whole lot,” Stubbs said. “They’re all connected to and influence each other. We can advance these five missions with the decisions we make as a commission.”

Stubbs said the liaison designations are not to limit the commissioners to one area or to be territorial. He said each person’s role is based on experience they already have, whether in business or their personal life. Stubbs said the goal is to capitalize on the experience of each commissioner in an effort to improve efficiency.

Mercer will serve in the area of economic vitality, Stubbs is assigned to education, Hines will take on infrastructure, Lewis will focus on health care and Daugherty is the liaison for public safety.

“I hope that each of us will take this opportunity to lead and be of service to Elmore County with a free heart,” Stubbs said.

Before the meeting was adjourned, the commissioners had a chance to address those in attendance.

“I look at this crowd and I am so thrilled that you all are here today,” Daugherty said. “I hope to see you all at future meetings.”

Mercer welcomed Hines and Lewis to the team and commended them for their willingness to serve the county.

Hines thanked his family for their support and the residents on his district for getting behind his campaign and having faith in him.

“I can’t think of a better job than serving the citizens of Elmore County,” Hines said.

Lewis also thanked her family for the roles they played in helping her get elected.

“We have a lot to do and I’m so excited,” she said. “Thank you District 5 for trusting me to serve you as well as all of the other residents of Elmore County. I trust that this will be a commission that will work together to ensure that all are living safely and happily.”

In other business, the commission:

-Approved the minutes of the Oct. 26 County Commission meeting.

-Approved the Memorandum of Warrants for the period of Oct. 20 through Nov. 3.

-Accepted nominations for three vacant spots on the county EMS board. Nominations will be accepted until Nov. 23.

-Accepted one nomination to the county’s Department of Human Resources Board.

-Approved a license agreement for the use of the courthouse grounds for the Wetumpka Youth League.