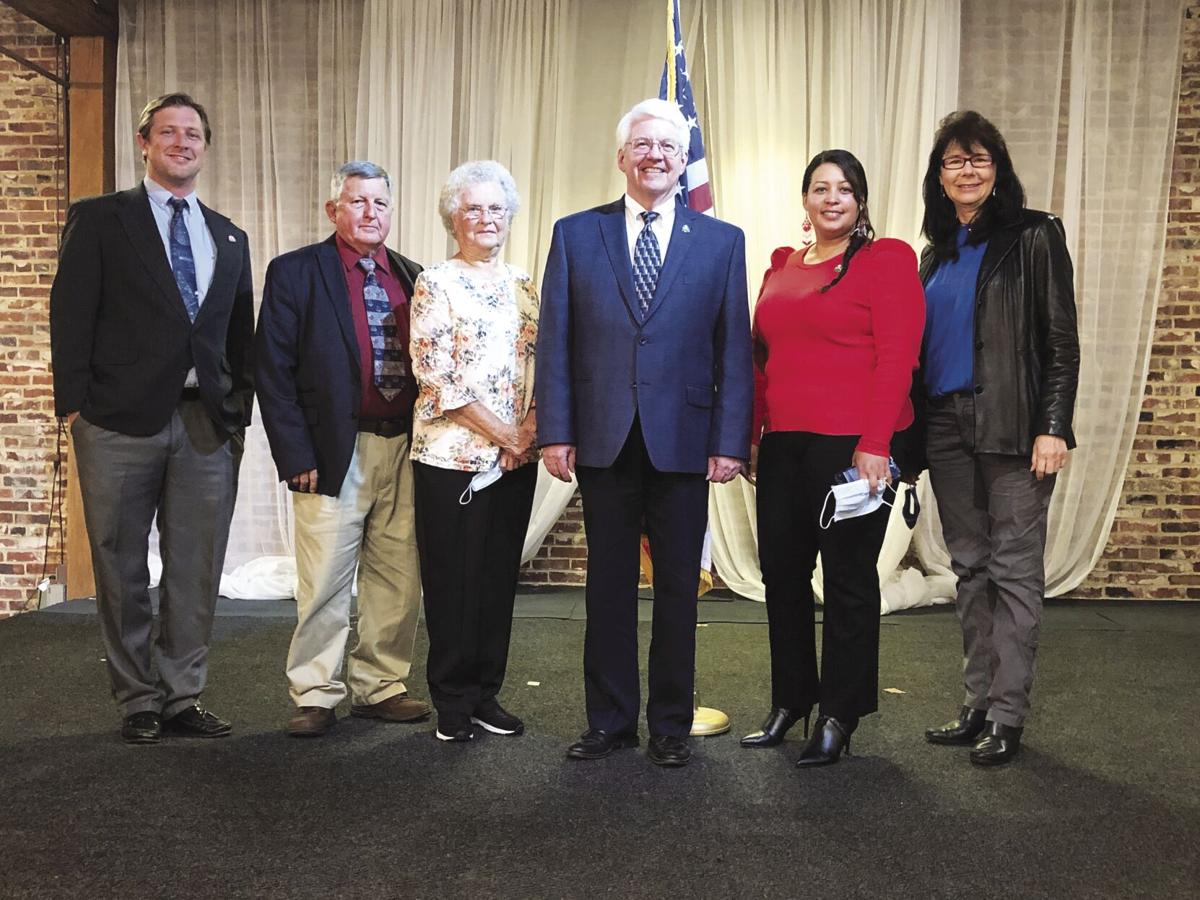 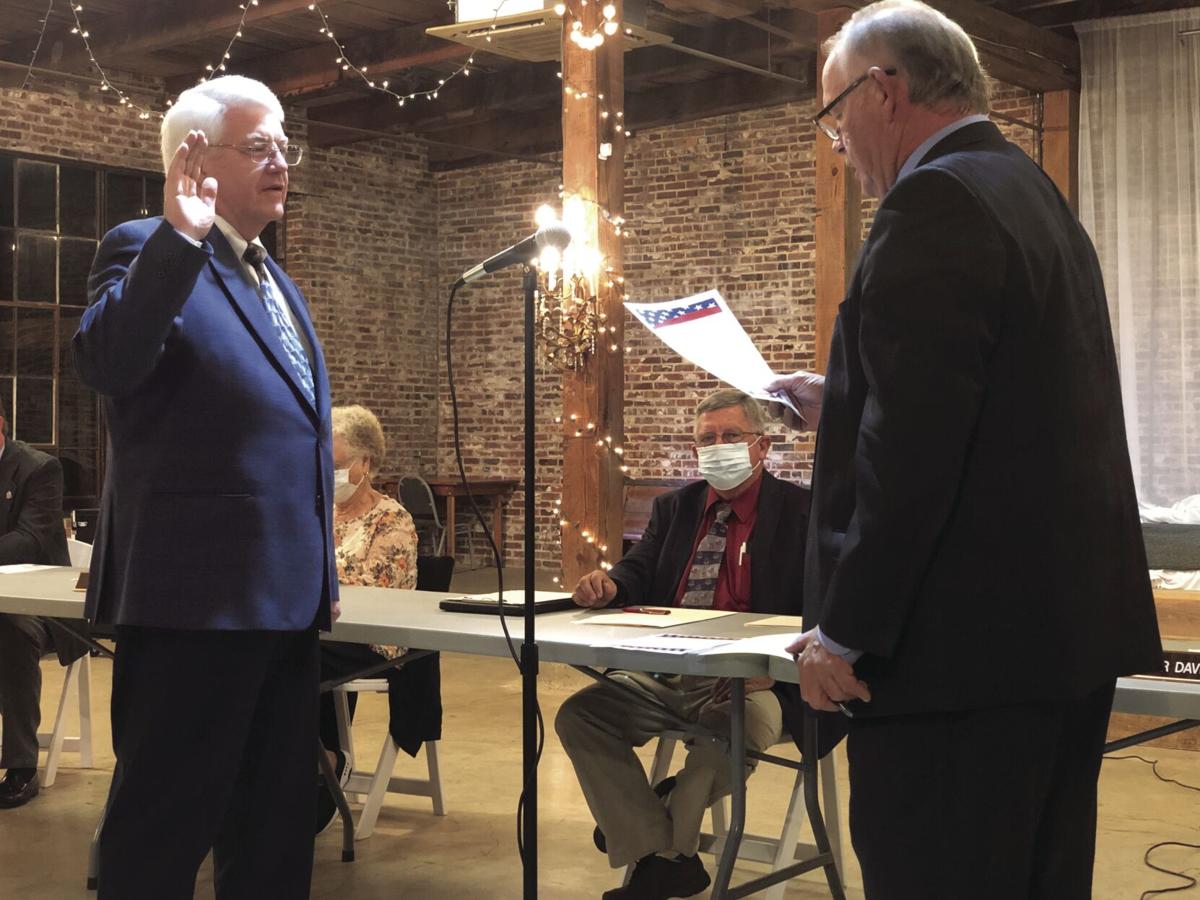 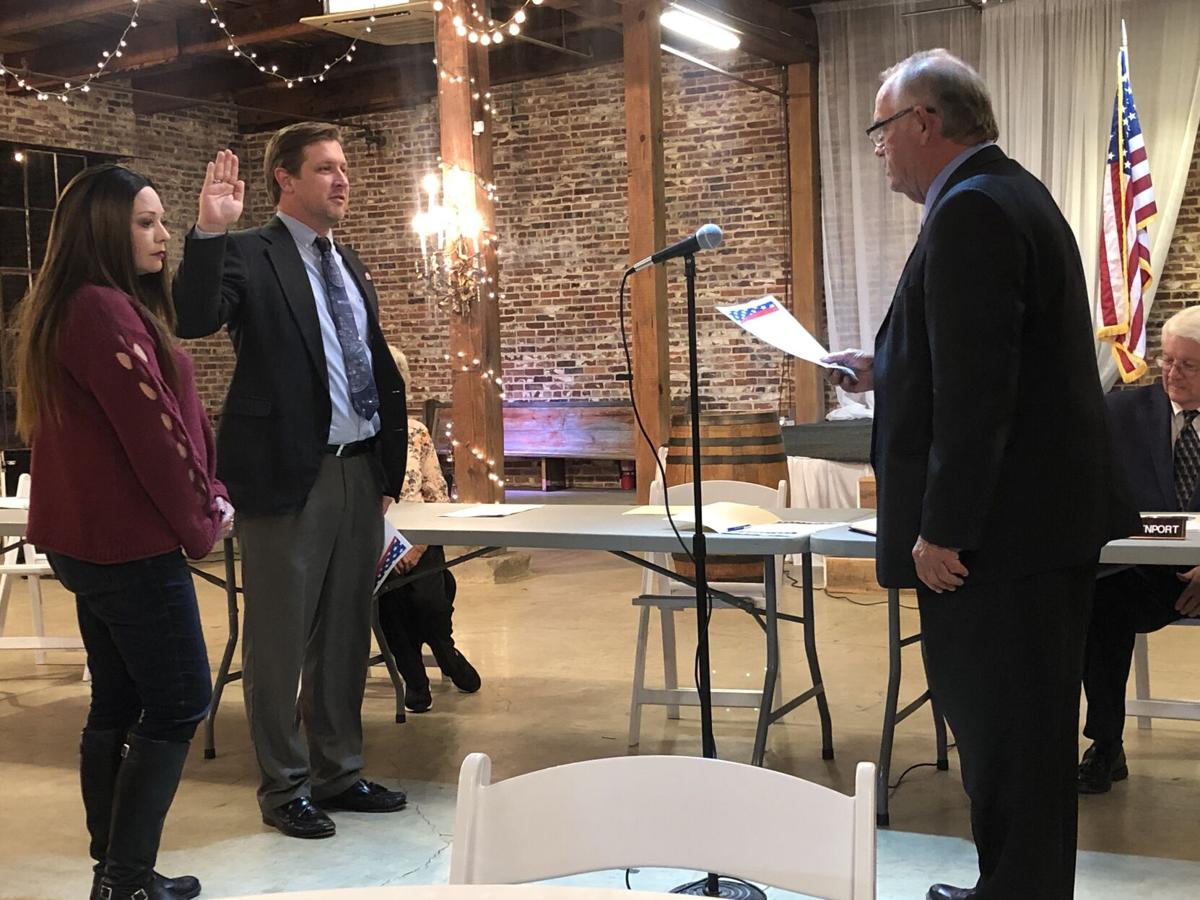 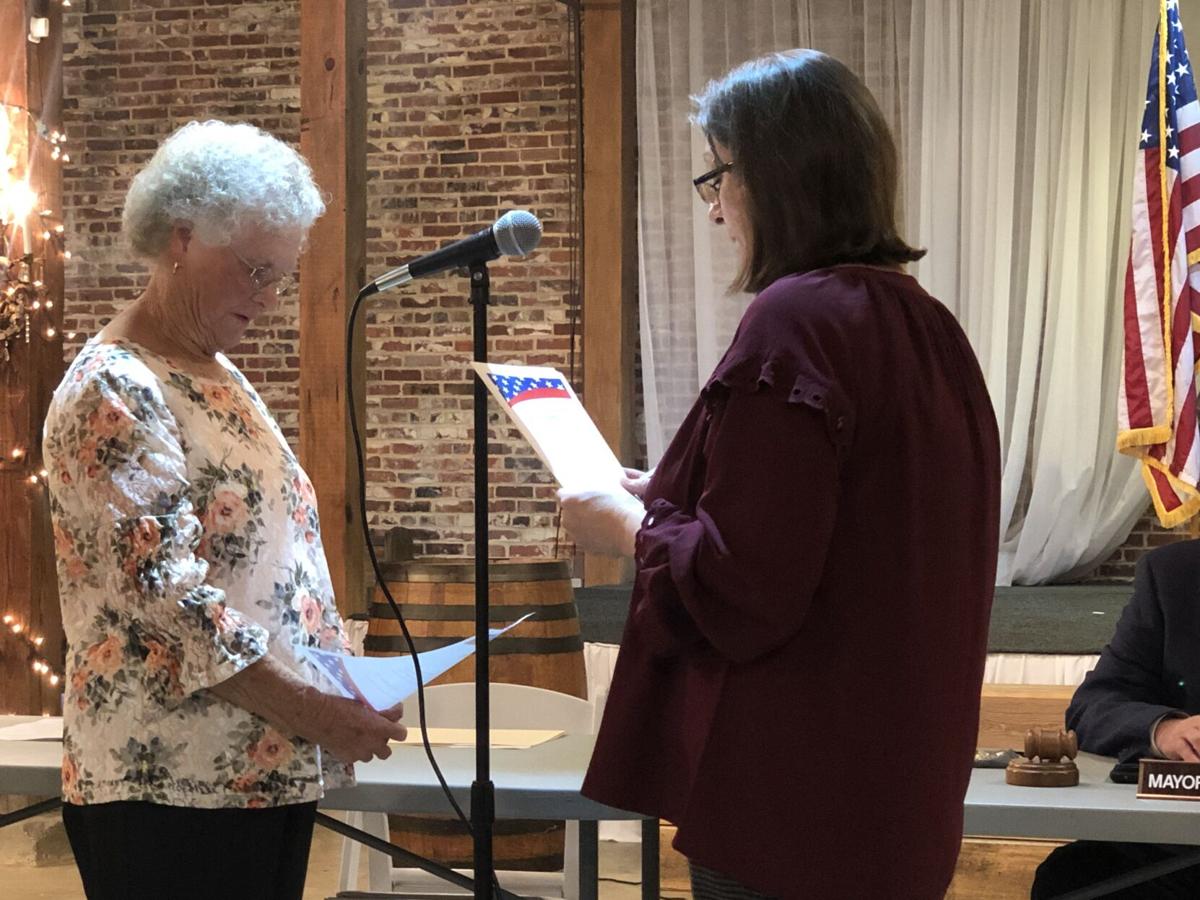 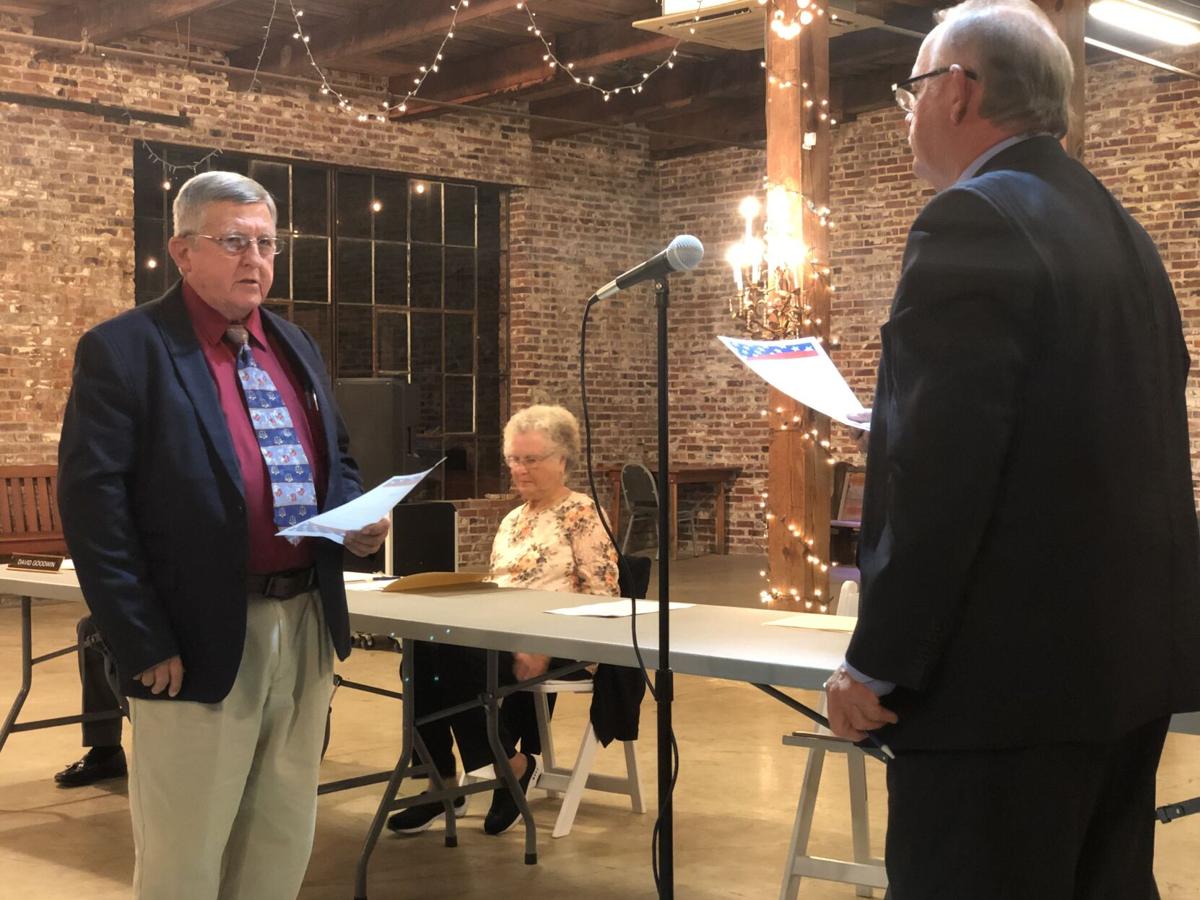 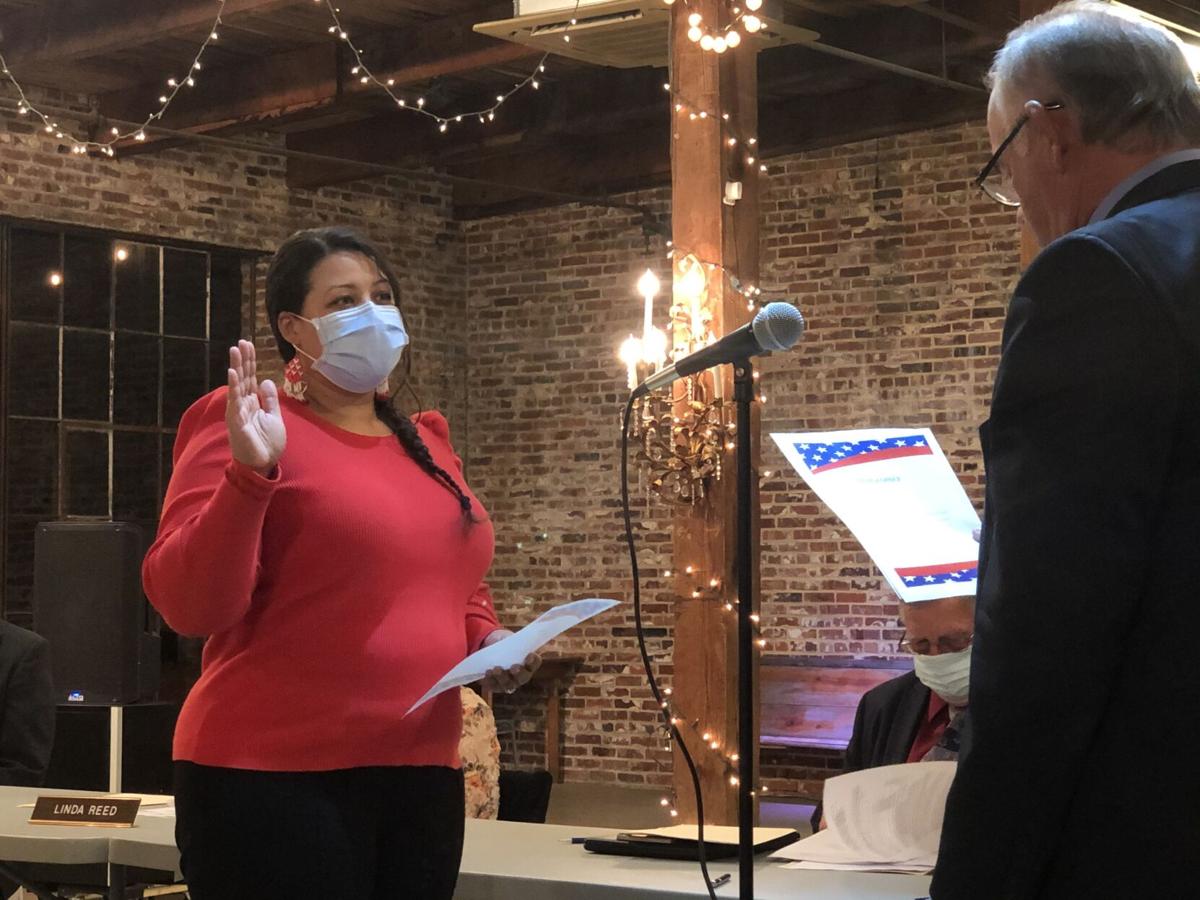 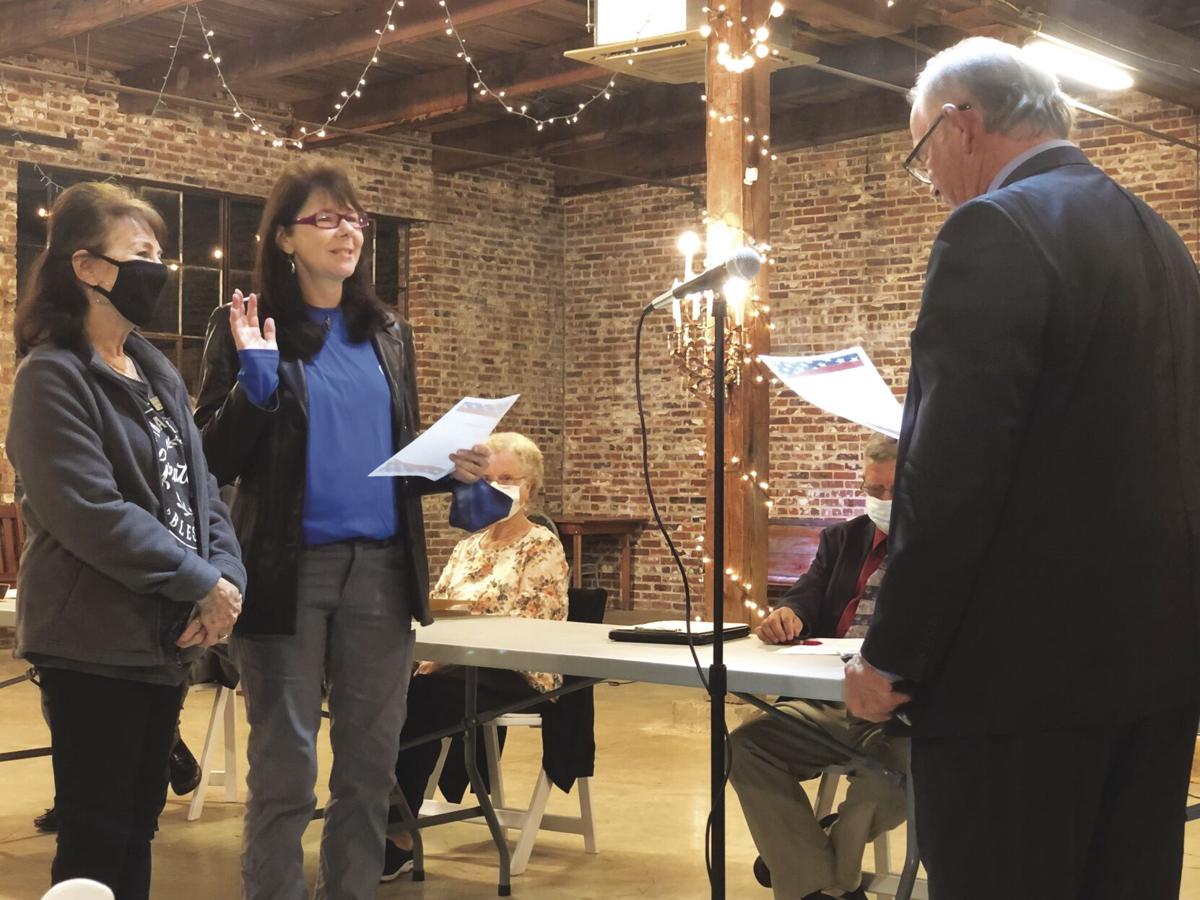 Monday night marked a special occasion for Eclectic’s mayor and Town Council as they were sworn into the office they will hold for the next four years.

But before that happened, the 2016-2020 administration held its last meeting to approve financial reports and the minutes from the Oct. 19 meeting. When that meeting adjourned, the 2020-2024 administration stood before Judge Guy Holton to recite their oaths of office. Afterward, a council meeting was called to order.

The newly elected council reappointed councilmember Linda Reed as mayor pro-tem and approved a resolution to set the council’s order of procedures during meetings.

Other town business included reappointing Davenport as the utility superintendent, which comes with a salary of $500 per month, and designated the town’s banking depositories and authorized signers.

Just before the meeting adjourned, Goodwin welcomed Mothershed to the team.

“I look forward to working with you over the next four years,” Goodwin said.

For Mothershed, sitting amongst his peers on the council was something that he’d been looking forward to since being elected to Place 3 in August. Carmen Winslett previously held the seat.

“I wasn’t nervous,” he said. “I felt honored to be up there with all of those wonderful people and I’m looking forward to serving over the next four years. I expect this to be a very successful council.”

Mothershed he’s been attending council meeting for that past two years, so he’d already met the council and is aware of how council meetings operate.

“I’m already knowledgeable about what’s going on in the town,” he said.

Davenport thanked those in attendance for showing up and having an interest in the town’s government.

Coming up next for the council is a public hearing on Nov. 10 at 6 p.m. for a liquor license application submitted by Wanda Nelson. The council will also discuss the town’s budget for the 2020-2021 fiscal year.

The next council meeting will be on Nov. 16 with a work session beginning at 6 p.m., followed by the meeting at 7 p.m.