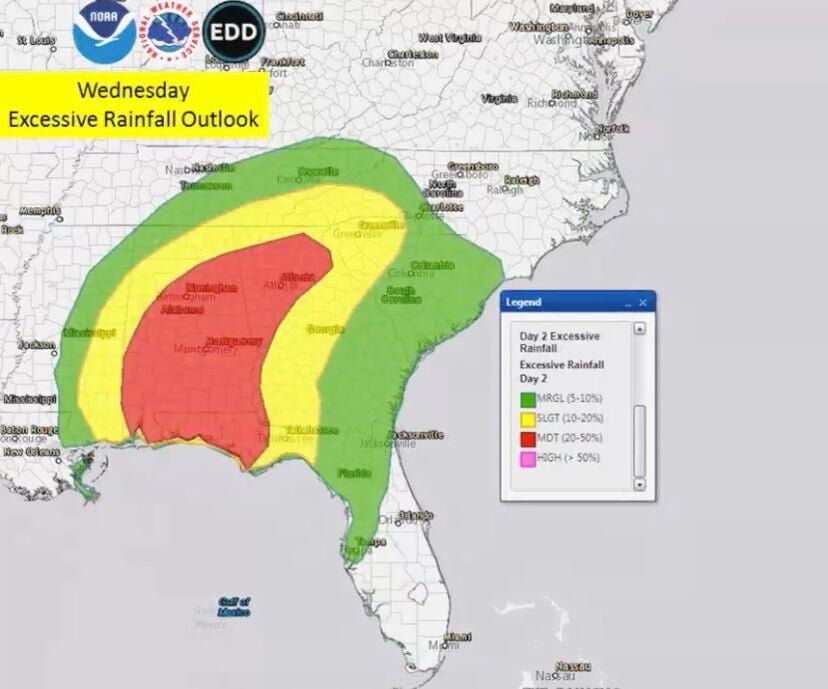 Heavy rain and flash flooding is expected for Alabama. 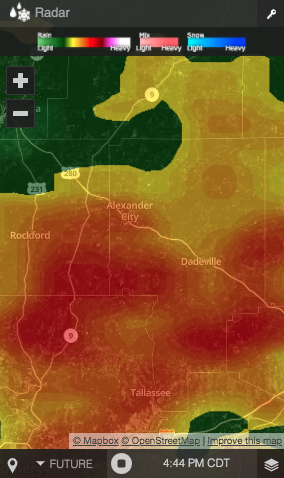 Hurricane Sally made landfall this morning and local counties will begin to see impacts from the storm.

Since 7 a.m. this morning, Tallapoosa and Elmore counties are under a flash flood watch until 7 p.m. Thursday. Rainfall totals are predicted to be high, anywhere from 4 to 8 inches, and localized flooding is possible, according to the National Weather Service of Birmingham.

“The counties in the current flash flood watch are expected to see several inches of rainfall and flooding is definitely a possibility,” NWS wrote in a statement Tuesday.

A flash flood watch means conditions may develop that lead to flash flooding, which is a very dangerous situation according to NWS. Residents should monitor forecasts and be prepared to take action should flash flood warnings be issued.

Tallapoosa and Elmore counties could see winds of up to 30 mph with gusts up to 45 mph today through Thursday as Sally moves through.

Impacts to Central Alabama will include rainfall totals of up to 10 inches, potential moderate flooding, wind gusts of up to 45 mph south of I-85/U.S. 80 tonight and marginal risk of a brief tornado south of I-85 today.

The National Hurricane Center predicted the center of Sally will be brought between Birmingham and Montgomery.