This is part of a series featuring teachers in the Elmore County School System.

Teaching has been a passion since seventh grade for Eclectic Middle School teacher Juanita Lyles.

Lyles wanted to teach since she was young but wasn’t sure how to pay for college growing up because her family didn’t have a lot of money. She ended up receiving a full ride scholarship to Alabama State University.

“My parents were worried about me not being able to go to college and have that advantage,” Lyles said.

Originally from Munford, Lyles began teaching 21 years ago in Eclectic and at EMS when it opened in 2001. Lyles, who was working at Walmart at the time,  heard of an open position from Elmore County High School teacher Rosa Stokes.

“I like the children,” Lyles said. “I like their mannerisms and their behavior for the most part. They’re well respectful.”

The students are Lyles’ favorite part of teaching.

“It’s a pretty nice environment to be in,” Lyles said. “No complaints. And most of them are willing to work to achieve success.”

A challenge of teaching middle school is getting students to do well even if they aren’t motivated since it reflects on teachers, Lyles said.

Lyles wants parents to know their children at the middle-school level should start forming good habits and start thinking about what careers they may want to go into.

“You have to build those along the way,” Lyles said. “You can’t be a procrastinator and then wake up one morning and say, ‘Oh, I’m not going to procrastinate.’ It’s certain things that you do right now that determine how you’re going to be later on.”

Lyles previously coached track and field at the school for two years.

“I used to run with the players but my knee no longer allows me to run,” Lyles said. “I can only walk. I love running; it releases stress, but every time I run my knee swells so I’ve given up running. If I could continue I would but it’s not good for me.” 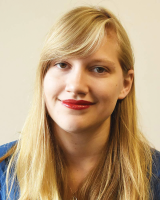