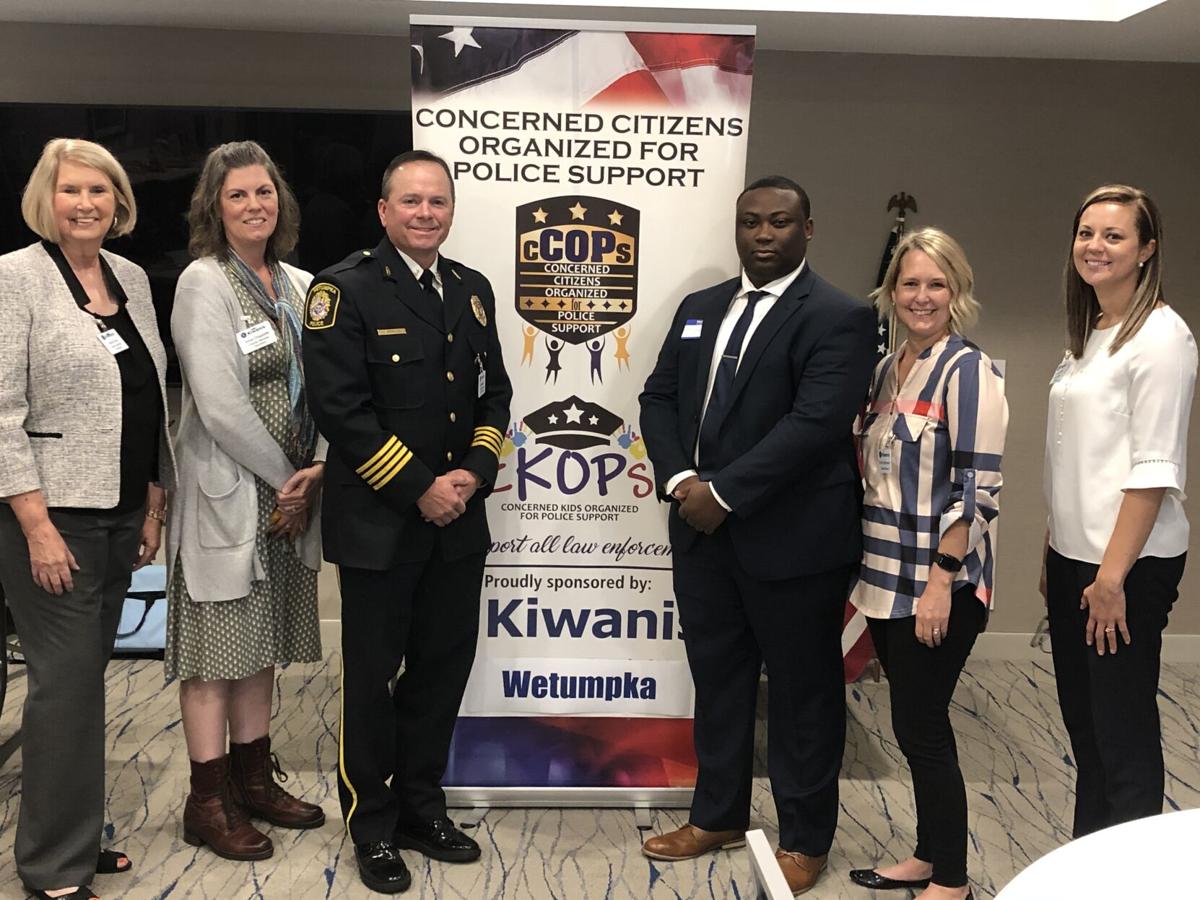 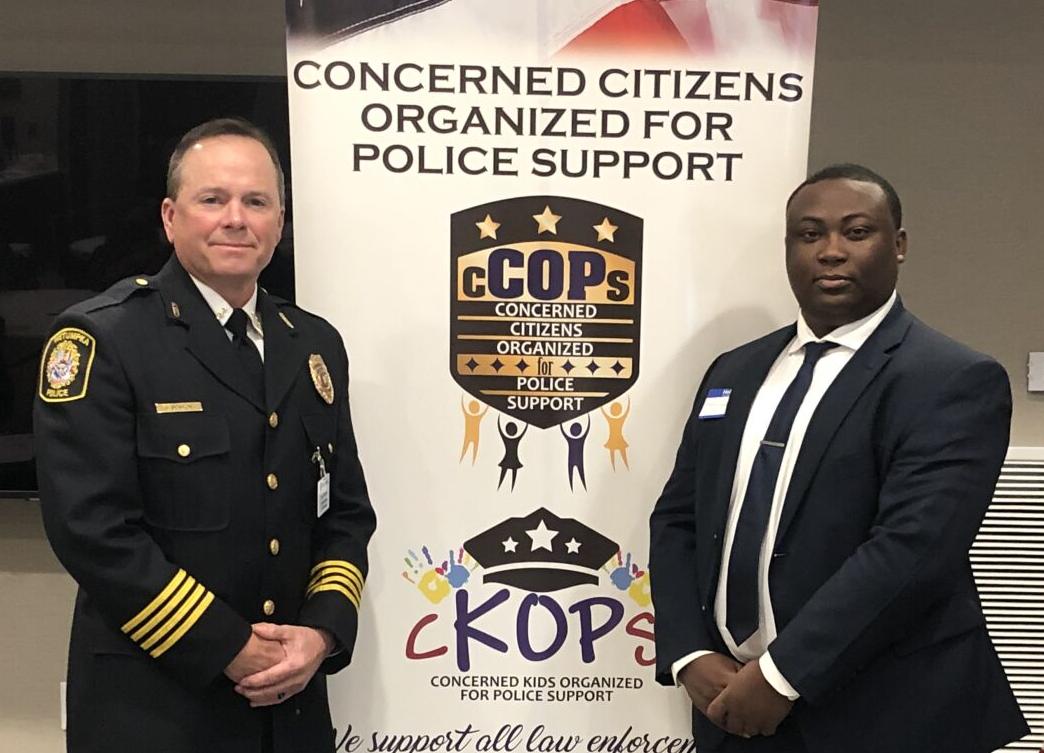 Wetumpka Police Chief Greg Benton presented officer Demetrius Hooks with an award on Thursday in recognition of his dedication to being an exceptional police officer. The Herald / Briana Wilson 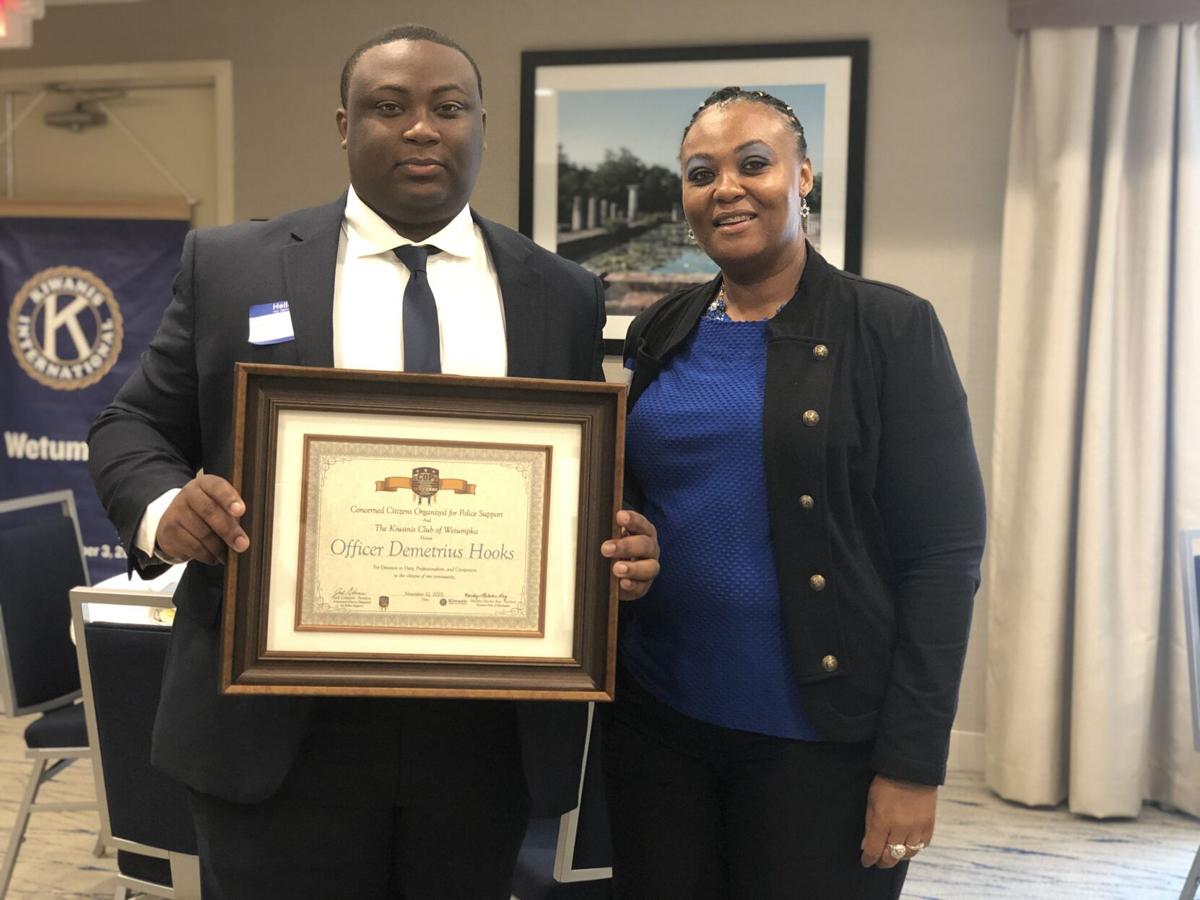 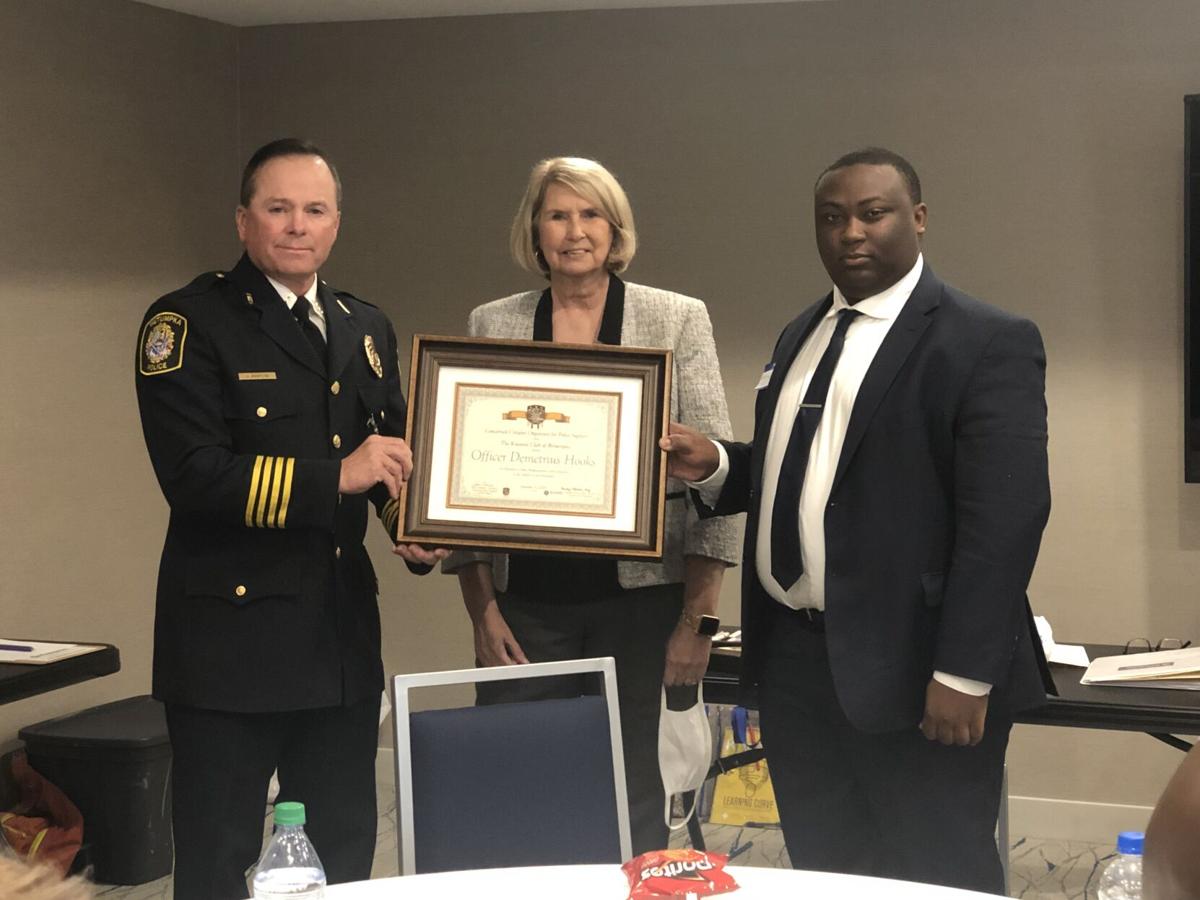 Wetumpka Police Chief Greg Benton presented officer Demetrius Hooks with an award on Thursday in recognition of his dedication to being an exceptional police officer. The Herald / Briana Wilson

Officer Demetrius Hooks is the first ever recipient of an award for law enforcement officers given by the Kiwanis Club of Wetumpka in partnership with the Concerned Citizens Organized for Police Support organization.

Wetumpka’s Kiwanis Club has been in existence for a year and has adopted the cCOPs program as the club’s outreach program.

cCOPs is a national organization that was started in Montgomery in 2017. The organization has three primary goals: to enhance interactions between the citizen and law enforcement, provide public service by highlighting the sacrifices made by law enforcement and to honor the best.

In alignment with its mission to honor the best, CCOPs recognizes and awards deserving law enforcement officers. Members of the Kiwanis Club and cCOPs, as well as Hooks’ family members, gathered at the Hampton Inn on Thursday to honor him for his dedication to his community.

Wetumpka Police Chief Greg Benton was present to speak about Hooks’ impact on the police department. After thanking the Kiwanis Club and cCOPs for their support of law enforcement officers, Benton praised Hooks for becoming a police officer for all of the right reasons.

“We’ve been on a mission to hire the best of the best, and during Demetrius’ interview, he impressed us with his demeanor and caring attitude,” Benton said.

In a year’s time with the Wetumpka Police Department, Benton said Hooks’ proved that he has what it takes to go far in law enforcement. Benton said he has the rare ability to detect when something about a situation is “hinky” – the gut feeling that something’s not right.

Benton said his keen intuition was evident when he arrested multiple burglary suspects in a span of two weeks.

A short time later, Benton said Hooks arrested two people wanted for burglarizing a local restaurant. Benton said the arrest happened during a routine traffic stop. After running the driver’s information, Benton said there wasn’t a reason for Hooks to hold the driver. But Hooks kept getting the feeling that something about the situation was “hinky,” so he got the information of the other two people in the car and saw that they were wanted for burglary at Los Mayas.

Benton said the intuition that Hooks has is something that can’t be taught.

Hooks recently left his job at the WPD and became a deputy with the Elmore County Sheriff’s Office.

“I hate that I lost you, but just give me some time and I will get you back,” Benton said to Hooks, assuring him that the door is always open for him to return.

Hooks’ mother, Latrice Hooks, shared that her son is source of inspiration for her. She said he’s always had the drive and resolve needed to achieve his goals. Latrice Hooks shared that even as a child her son knew he wanted to serve his community.

In a book he made as a kindergartener, he said that he wanted to be a police officer and a fire fighter when he grew up.

“He strived and achieved his goal,” she said. “He inspires me. There were some things I had to put on the backburner while I was raising him and now I’m getting back to it so that I can reach my goals. Thank you son for making your mom so proud.”

Hooks has been in law enforcement for six years. He began his career as an officer in Eclectic before moving on the Elmore County Sheriff’s Office and then to the WPD. He’s now back at the sheriff’s office as a deputy.

“This has been an awesome experience,” Hooks said about receiving recognition. “None of this this is of my own doing. I’ve had many people to help me along the way. I just want to thank everyone for their hospitality and Chief Benton for giving me the chance to prove what I can do.”