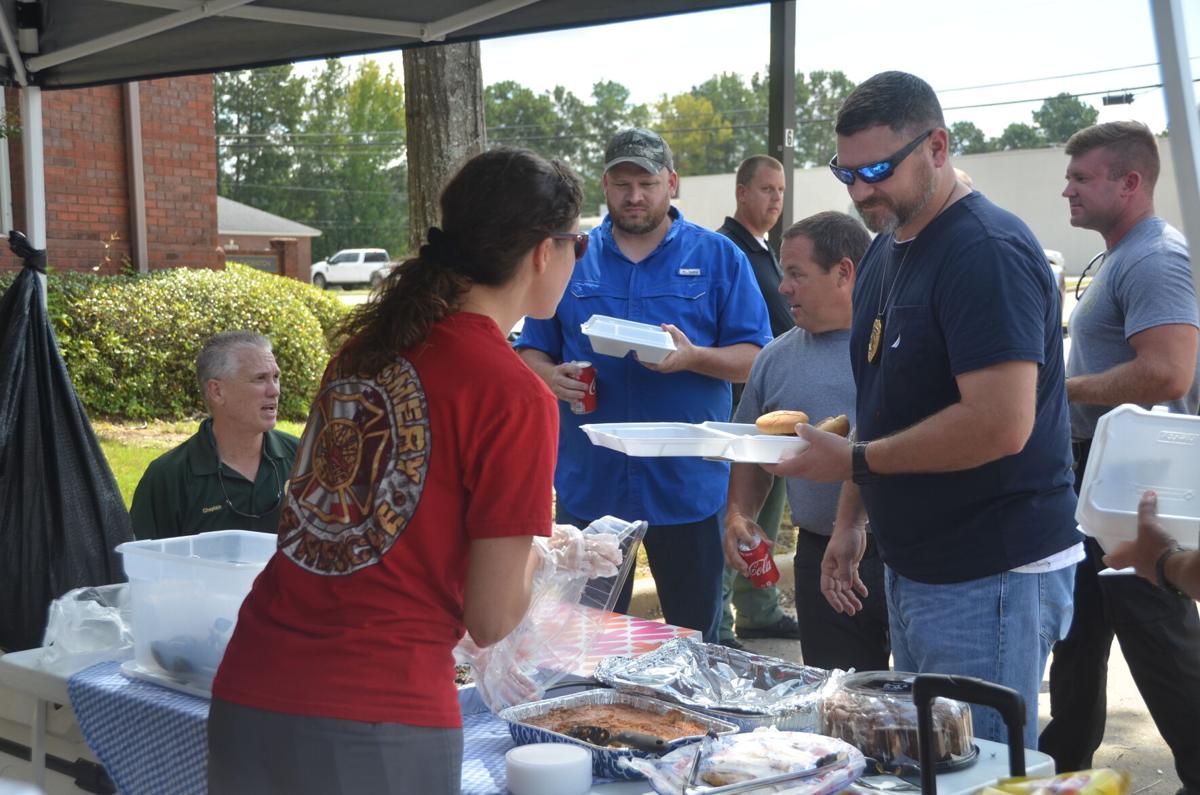 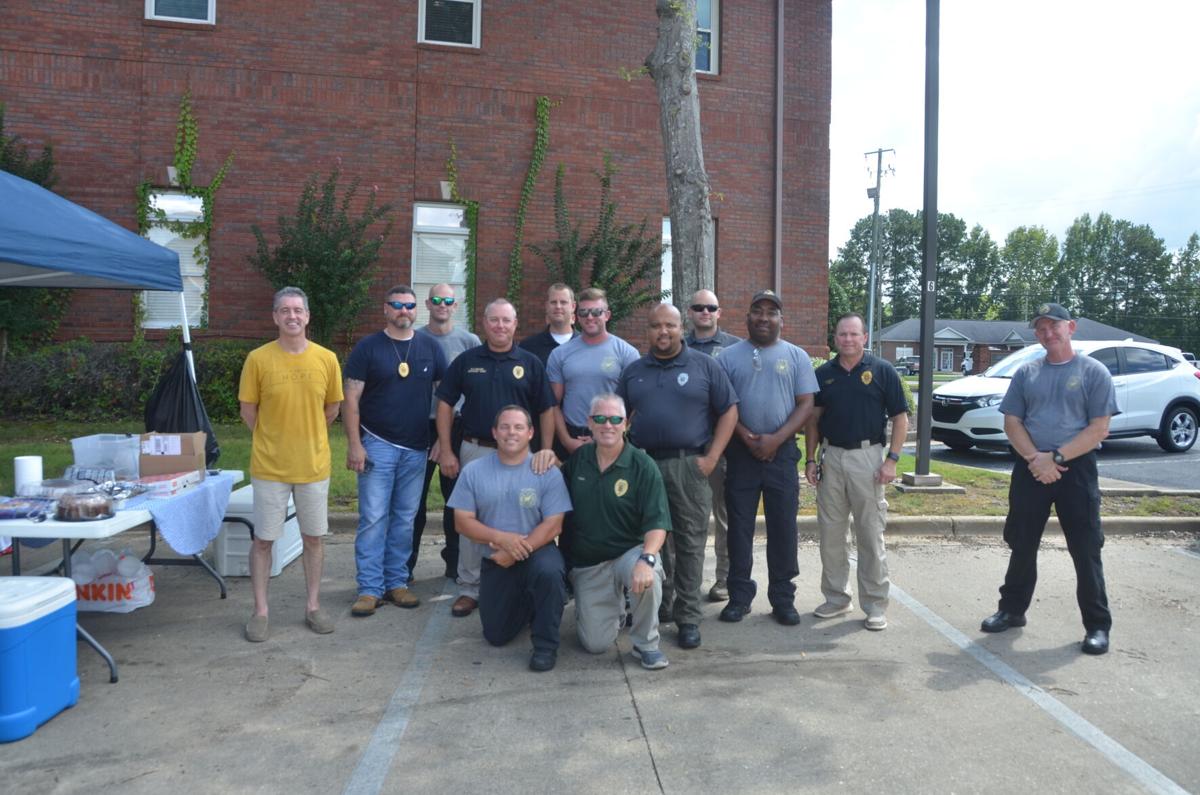 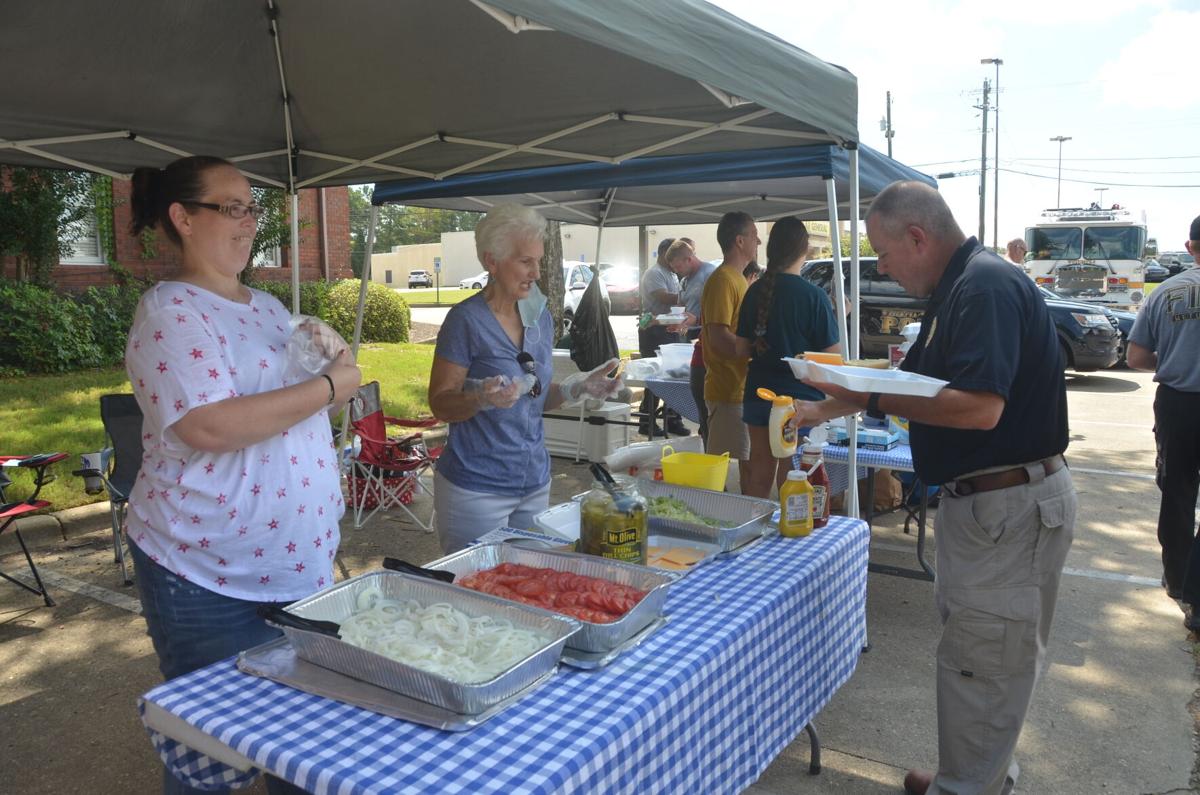 First responders throughout Elmore County were treated to lunch on Friday.

Church members gathered in the parking lot of the Wetumpka Police Department and grilled hamburgers and hotdogs to pass out to first responders who stopped by. The meal also included homemade desserts, chips and drinks.

Church pastor Tim Thompson said the church was prepared to feed about 150 people and had arranged to provide meals for Wetumpka’s police and fire departments, Haynes Ambulance and the Elmore County Sheriff’s Office.

“We just wanted to do our best to honor our first responders on the anniversary of 9/11 because they are putting their lives on the line every time they answer a call,” Thompson said.

“So many people talk about supporting first responders, but this is one way to actually do it,” Gallups said. “A lot of the time first responders are surviving on fast food because they’re eating on the go, so this is a nice change of pace. People follow your actions long before they follow your words.”

Gallups and Thompson also delivered about 30 meals to the dispatchers, support personnel and jailers at the sheriff’s office.

“Our dispatchers and jailers can’t leave their post so we’re taking food to them,” Gallups said.

Thompson said the church is be partnering with several other local churches on Oct. 6 to provide more meals to first responders.

Food distribution sites will be set up throughout the county providing breakfast and lunch. Thompson said sites will be located in Tallassee, Millbrook, Wetumpka, Coosada and Eclectic.