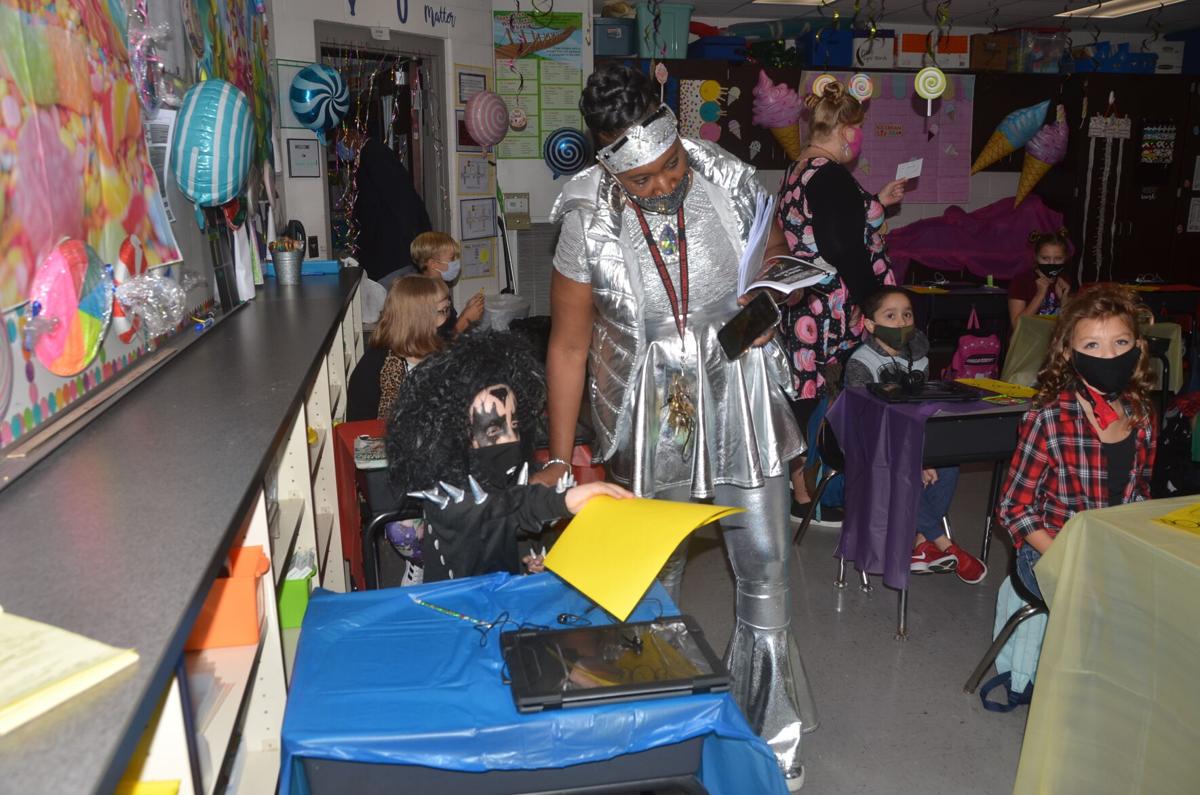 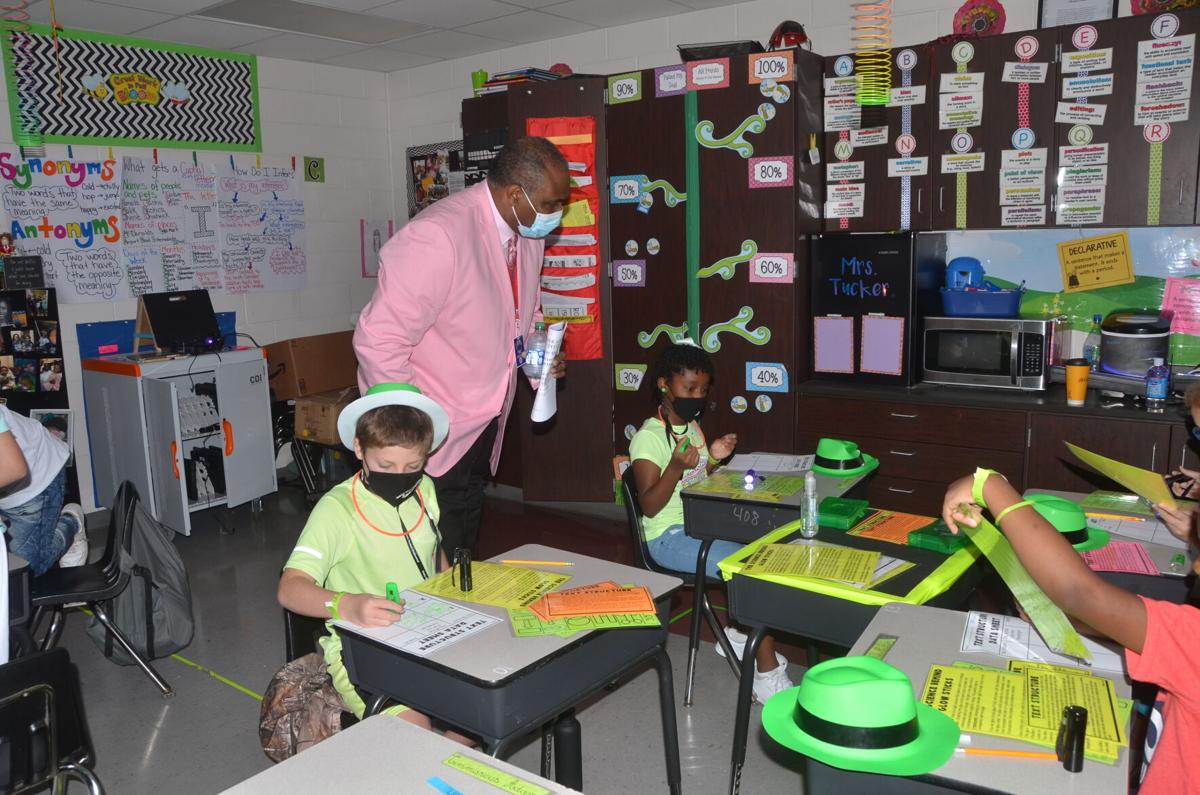 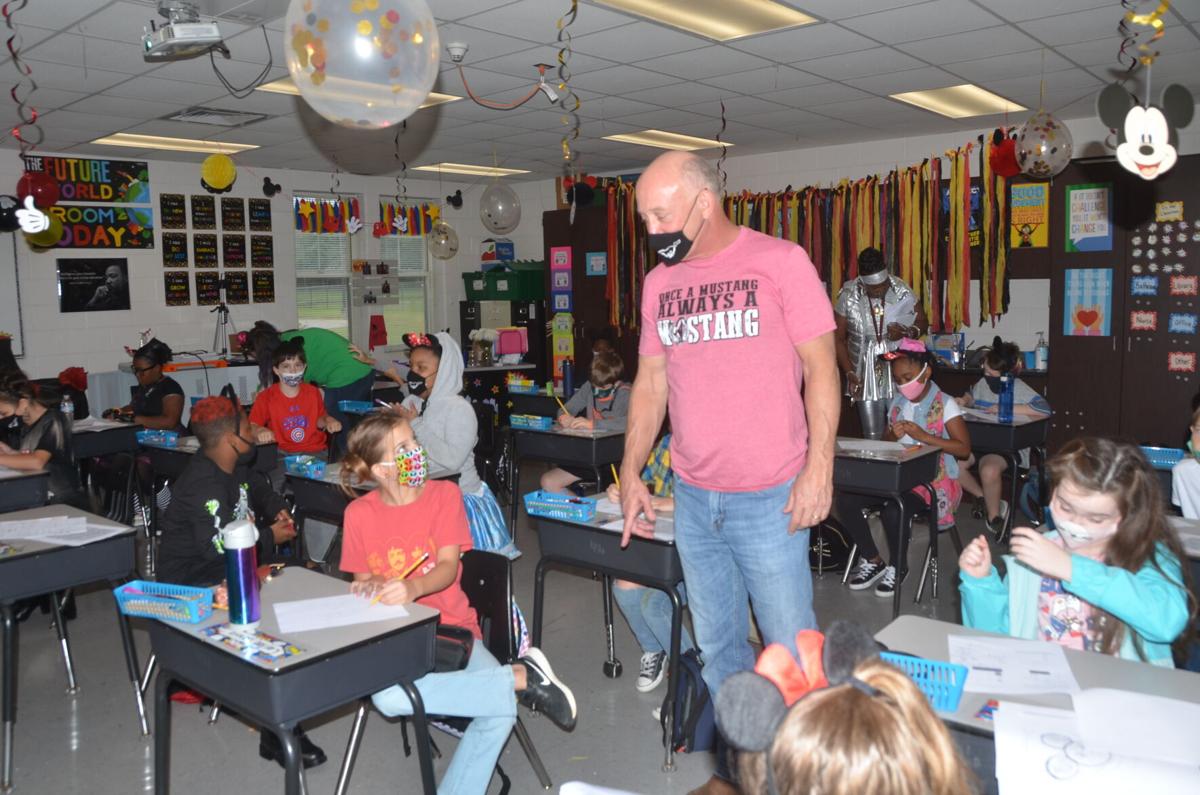 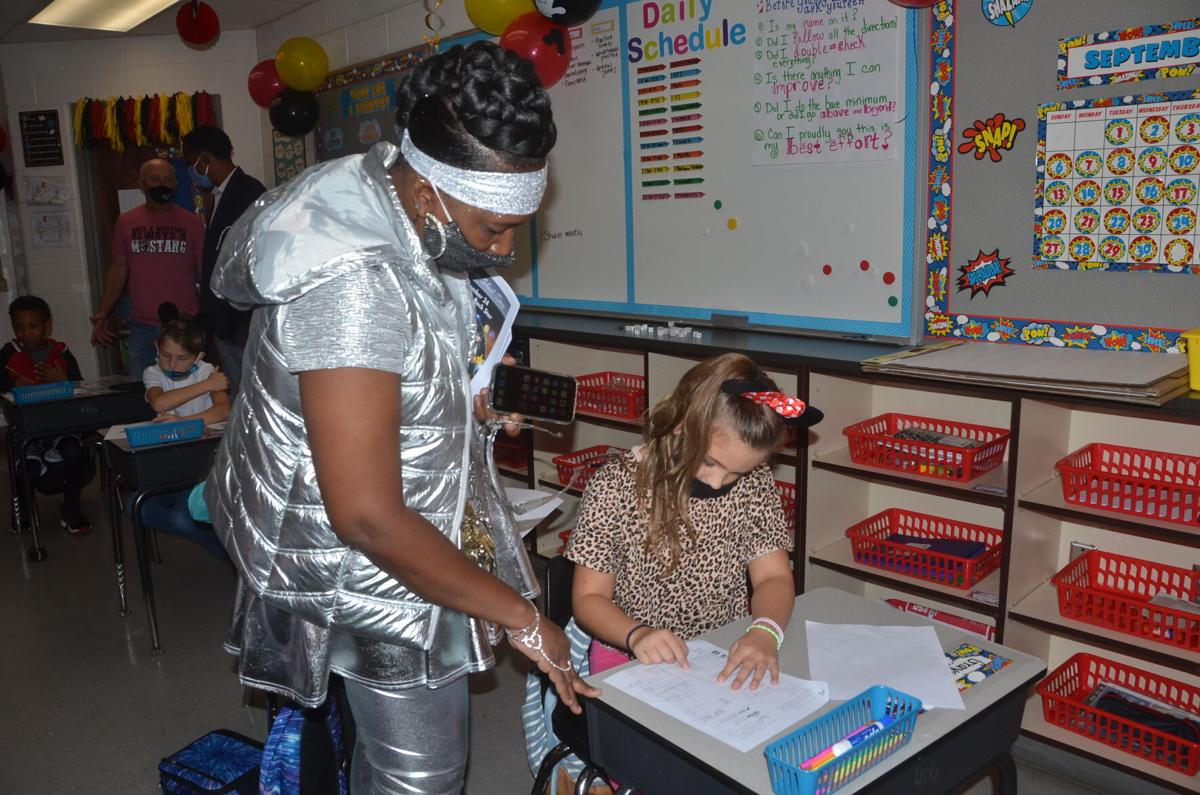 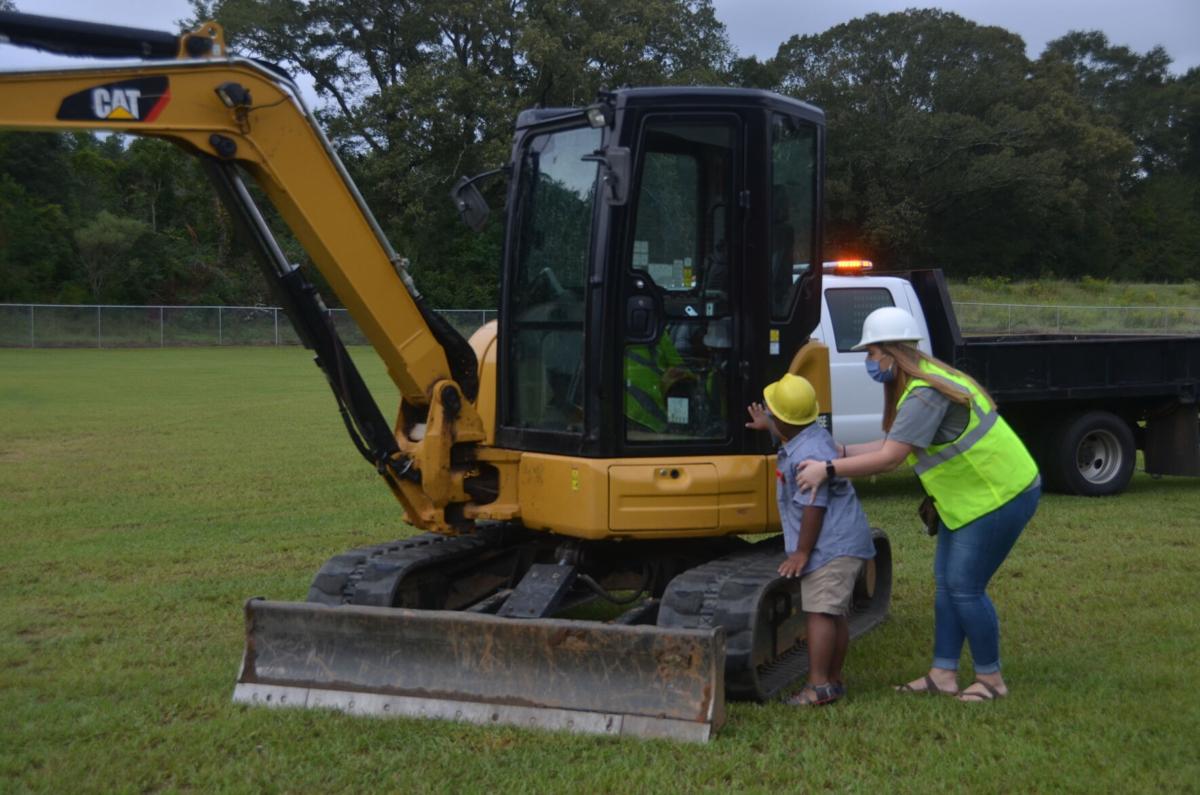 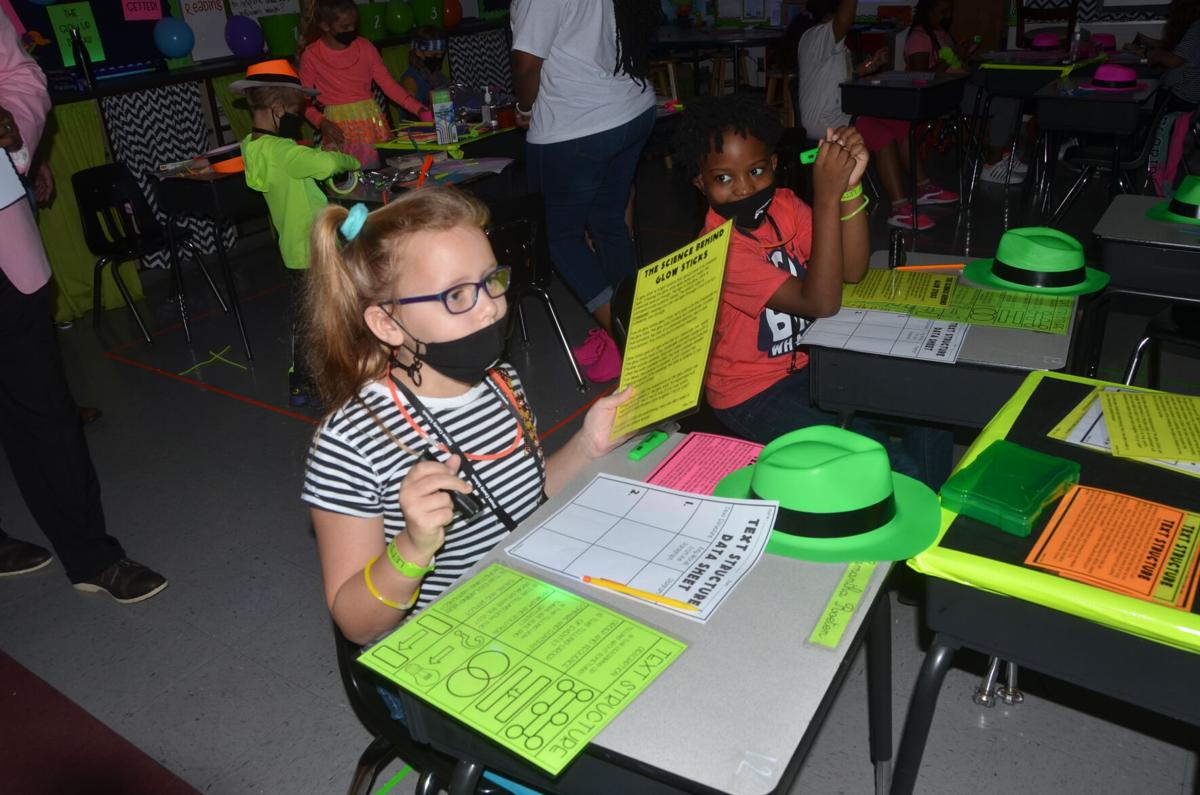 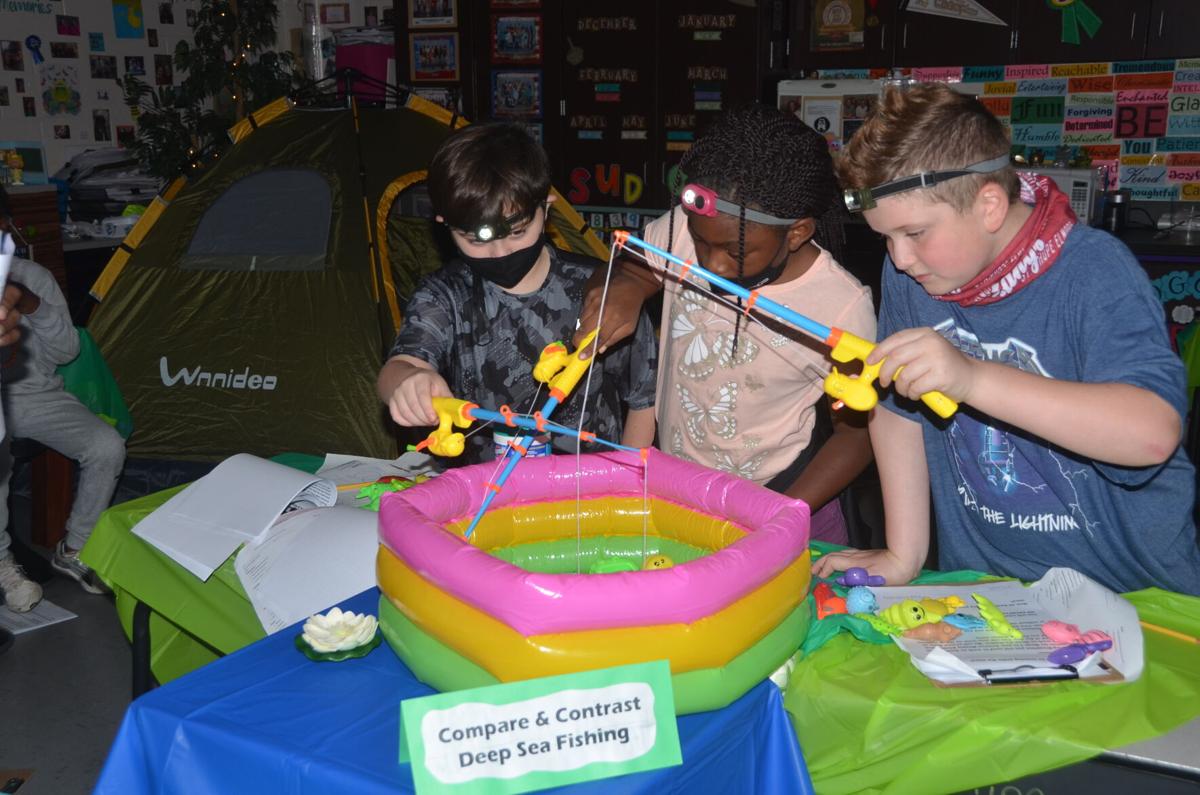 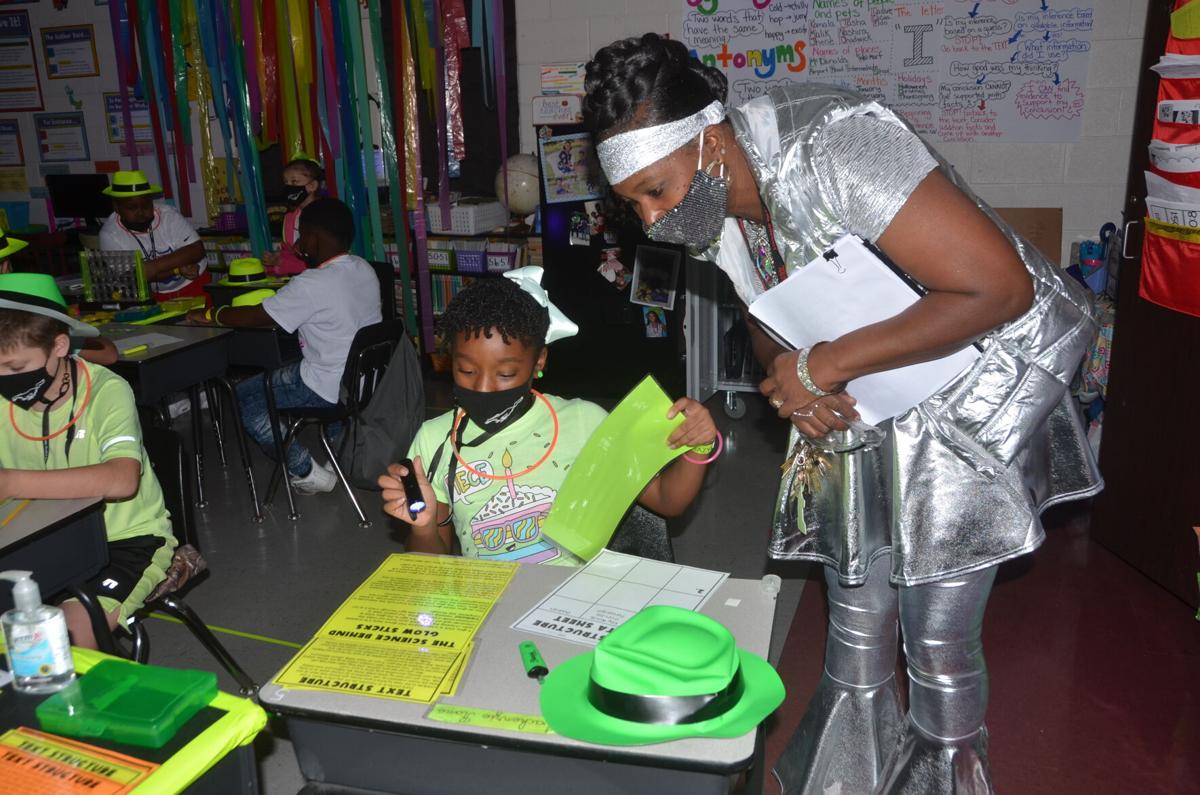 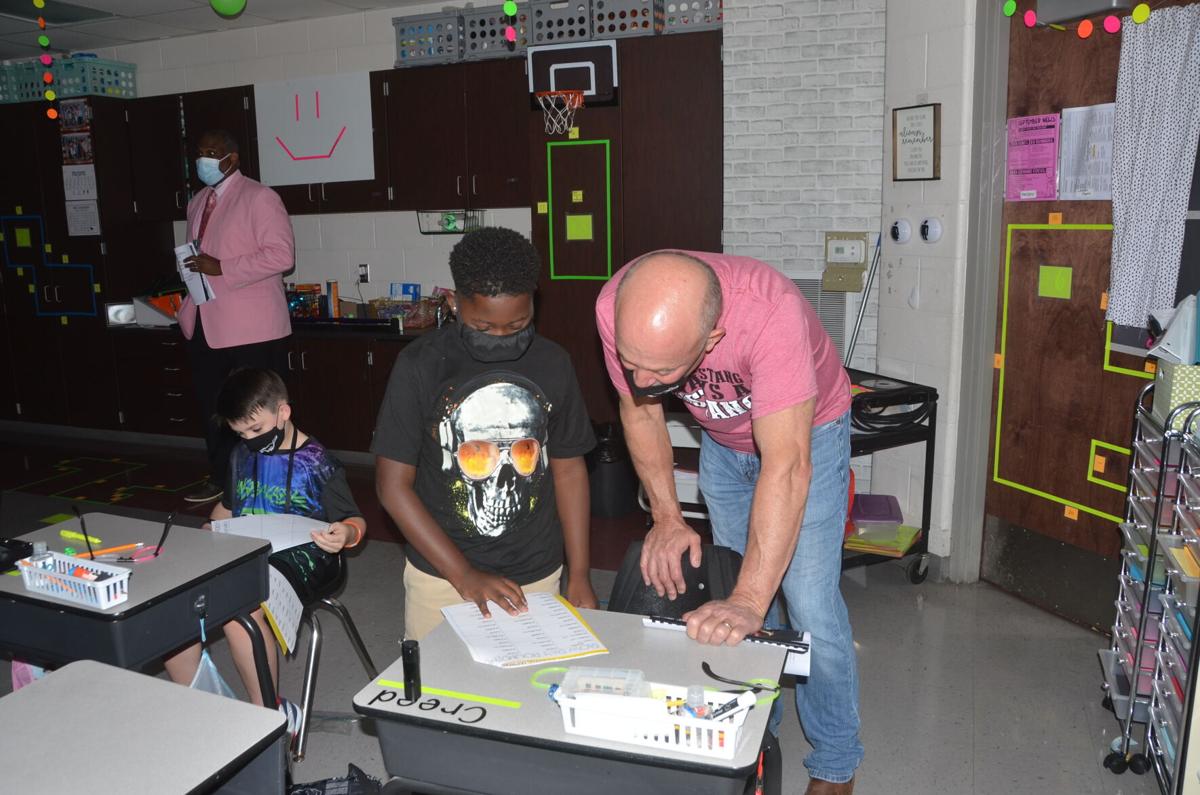 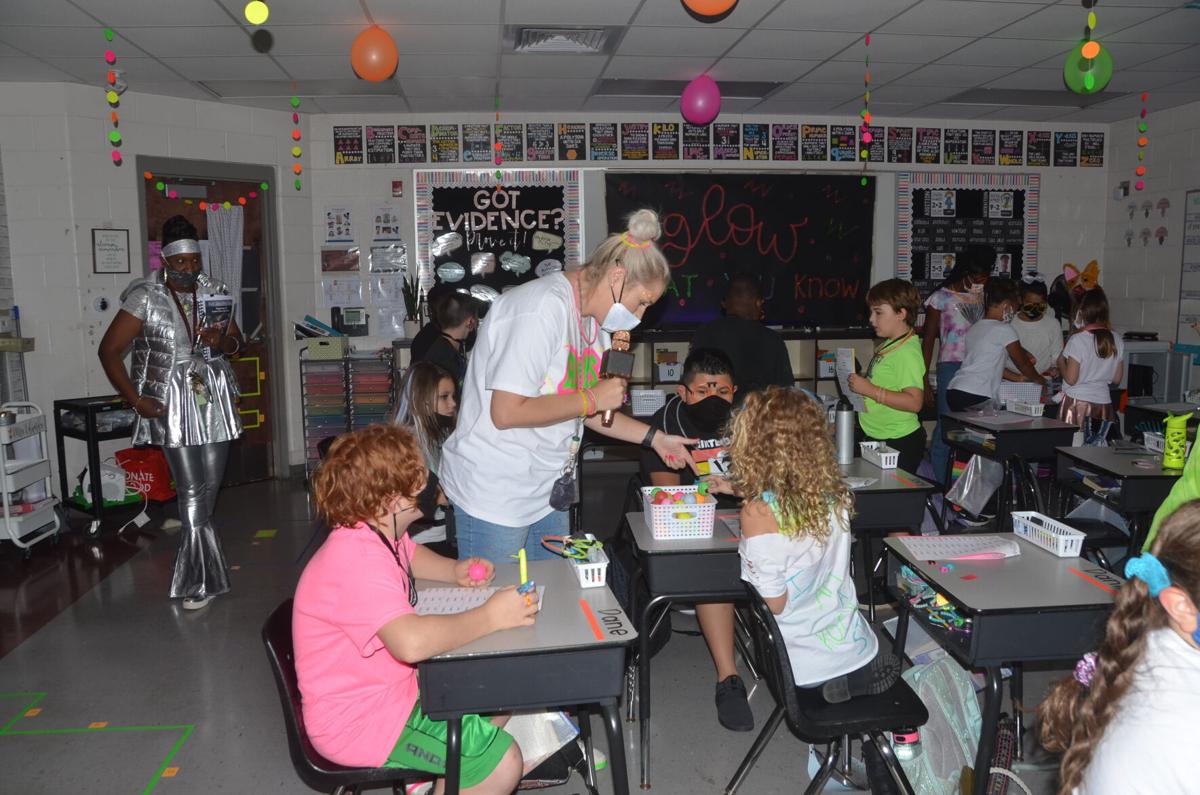 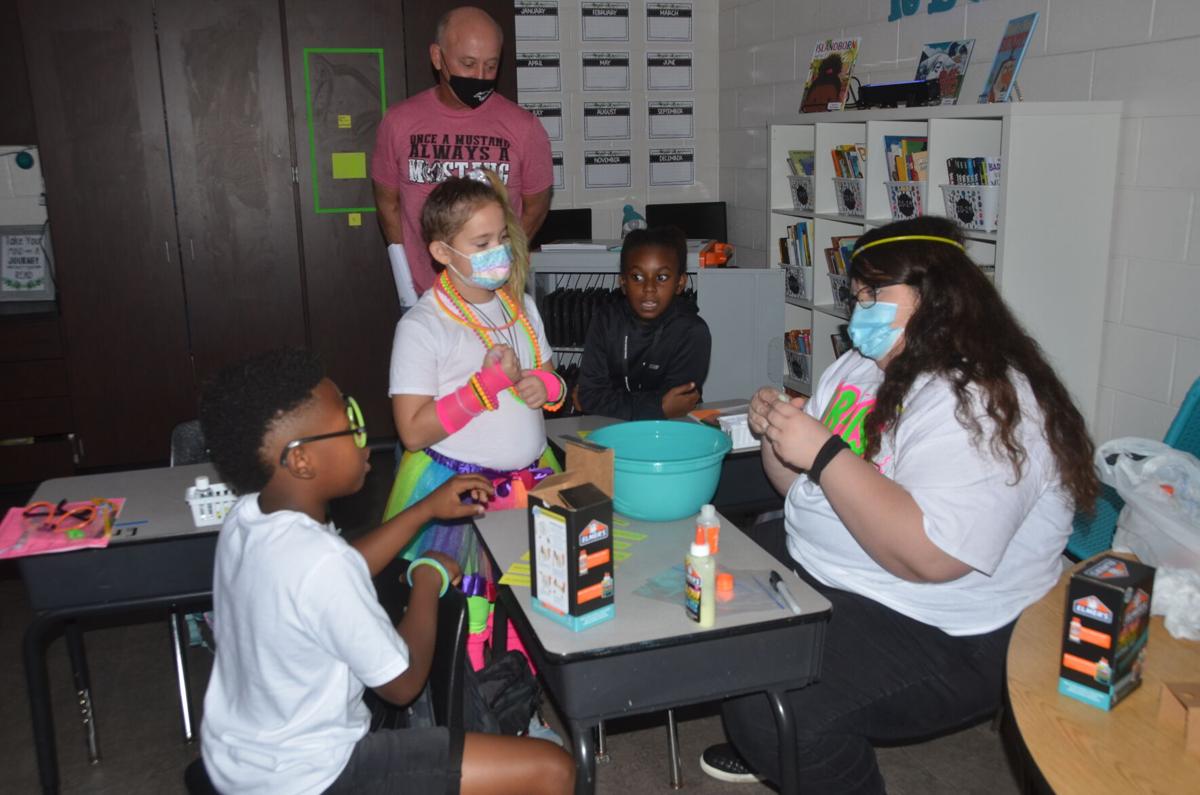 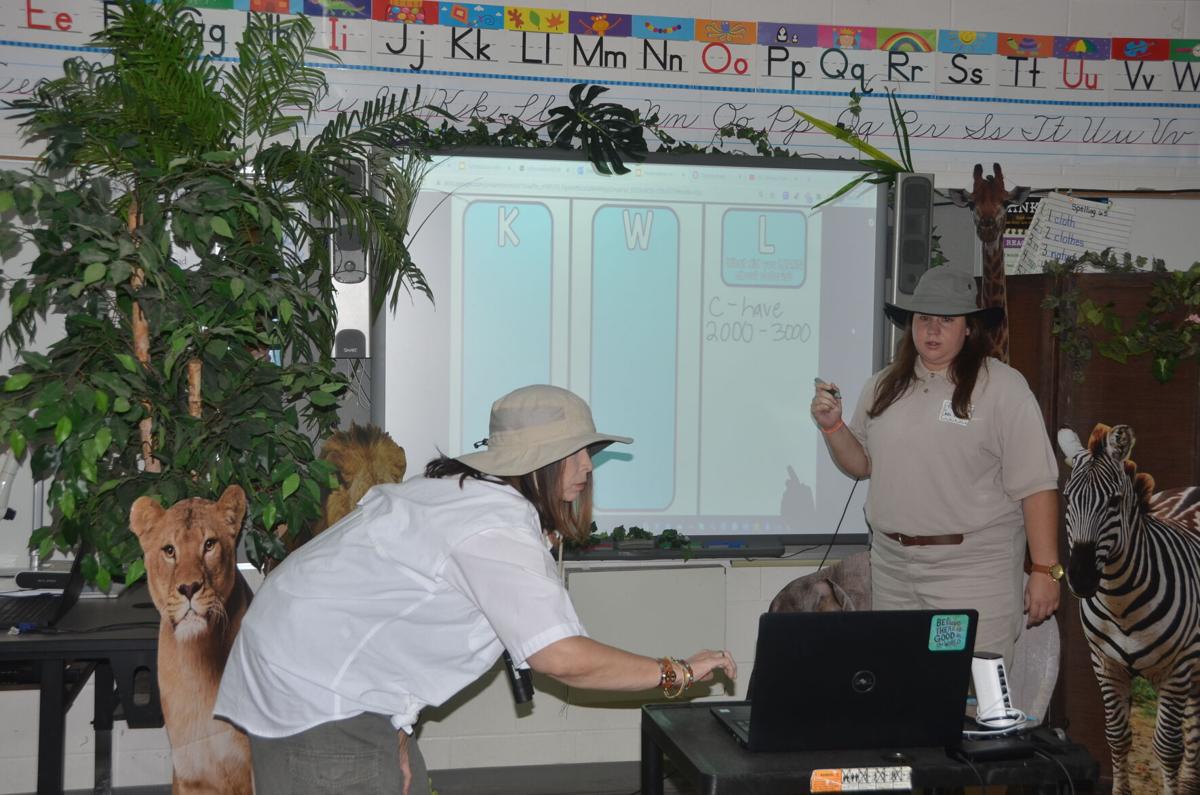 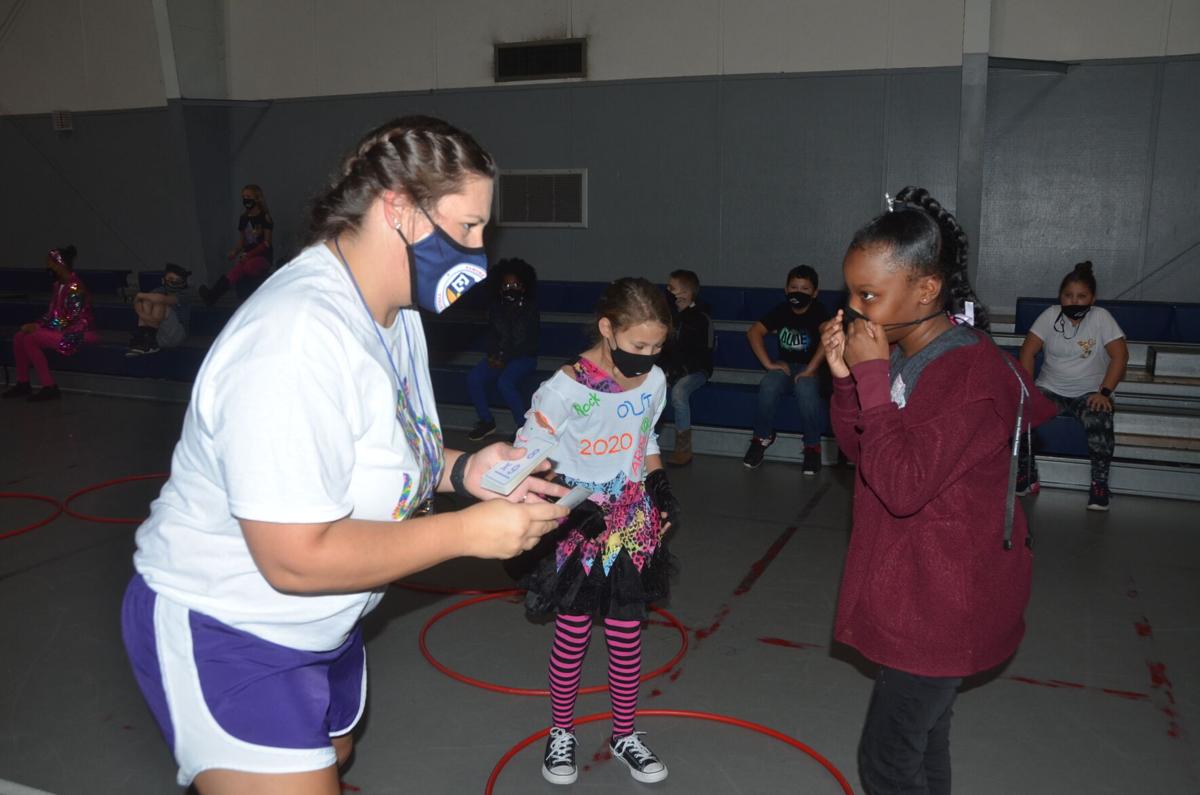 Students and teachers at Airport Road Intermediate School were challenged to think outside of the box during Rock Your School Day on Thursday.

Principal Marcia Stephens said Rock Your School Day is a nationwide initiative that pushes teachers to “make the simple extraordinary.” Teachers challenged their instructional practices by going the extra mile to create learning experiences that captivated their students and made them eager to learn.

Each teacher’s classroom had a theme and students were allowed to dress up accordingly. From Candy Land and pirate themes to glow in the dark adventures, African safaris and more, there was no shortage of creativity.

Shannon Crawley’s fourth grade class had a Disney theme. Students completed an assignment where they had to plan a trip to Disney World and figure out how much money the vacation would cost based on their mode of transportation, ticket costs, lodging choices, food costs and more.

The school’s resource classroom had construction theme. The school was able to secure road construction signs, reflective safety vests and a mini excavator from the Alabama Department of Transportation, thanks to the husband of one of the school’s special education teachers who works for ALDOT.

The students learned about how an excavator is used and got to check out the piece of equipment and take pictures with it.

Fourth grade English Language Arts teacher Andrea Tucker incorporated STEM into her glow in the dark themed classroom. The class was divided into small groups and each group worked on a different ELA standard with STEM education added in.

For example, one group read a passage from the book “The One and Only Ivan” and was tasked with drawing a visualization of what they read. STEM was tied in when they built cages like the one the main character of the book was confined to.

Another teacher played a classic game of whodunit where students had to correctly solve word problems in order to get clues to help crack the case of who stole a bucket of candy.

Stephens said this year’s Rock Your School Day was still a huge success despite some changes that had to be made due to COVID-19.

“Last year the students were able to be a lot more mobile and interactive with each other,” Stephens said. “Now they’re a bit more confined to their seats or working in very small groups of two or three.”

Rock Your School Day has become a staple event at the school. Although the students have lots of fun, Stephens said they also gain a different perspective of learning.