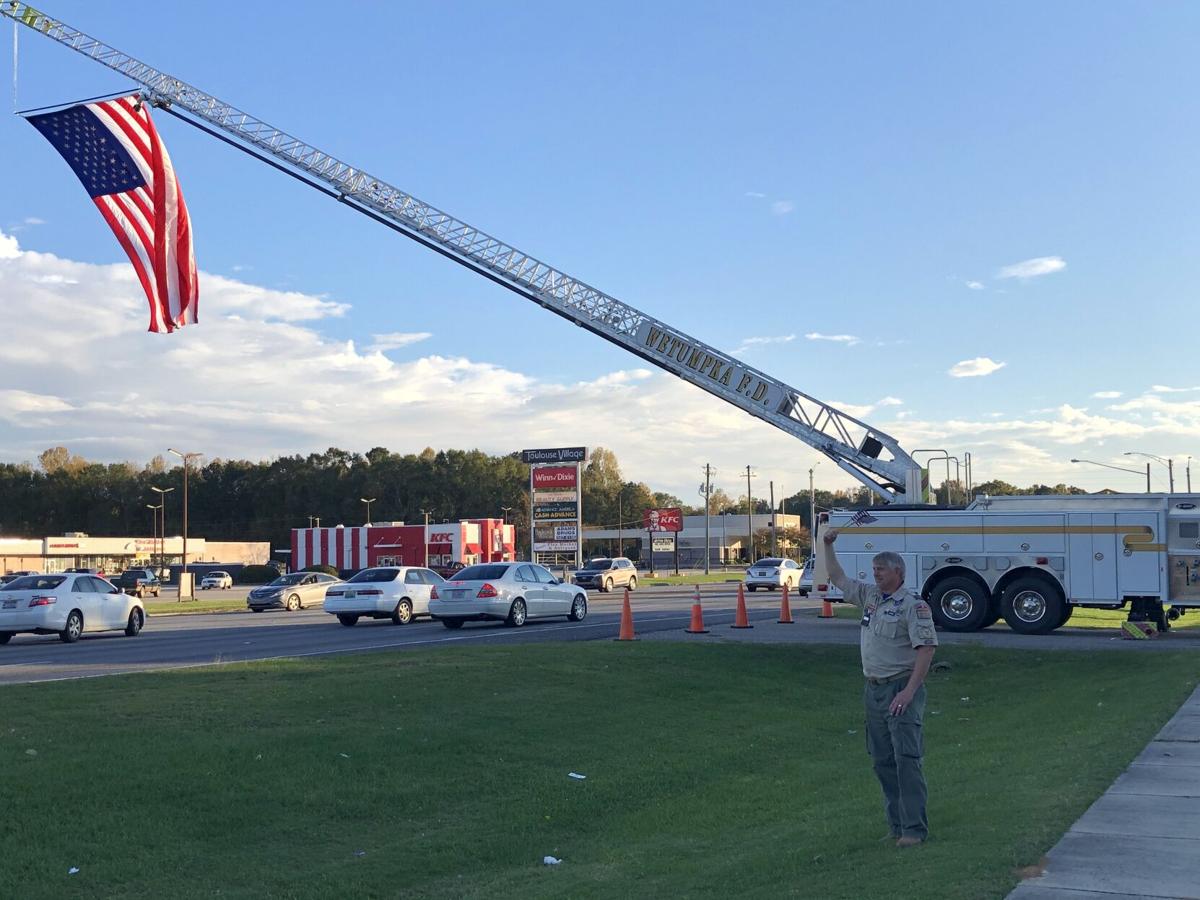 Gardner Perdue stands along U.S. 231 waving at motorists as the U.S. flag flies behind him. The Herald / Briana Wilson 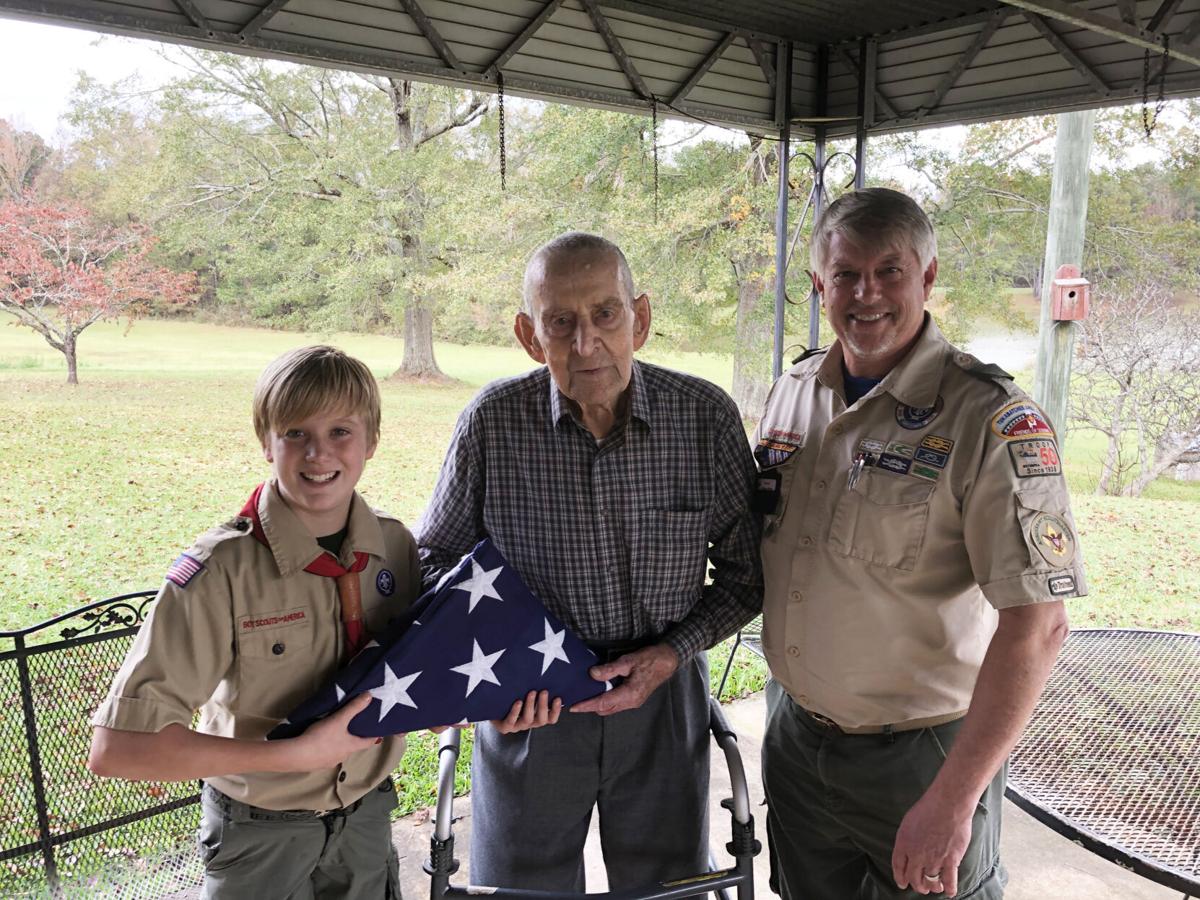 Troop 50 presented a local veteran, Walton Whetstone, with a flag folded by the scouts. Submitted 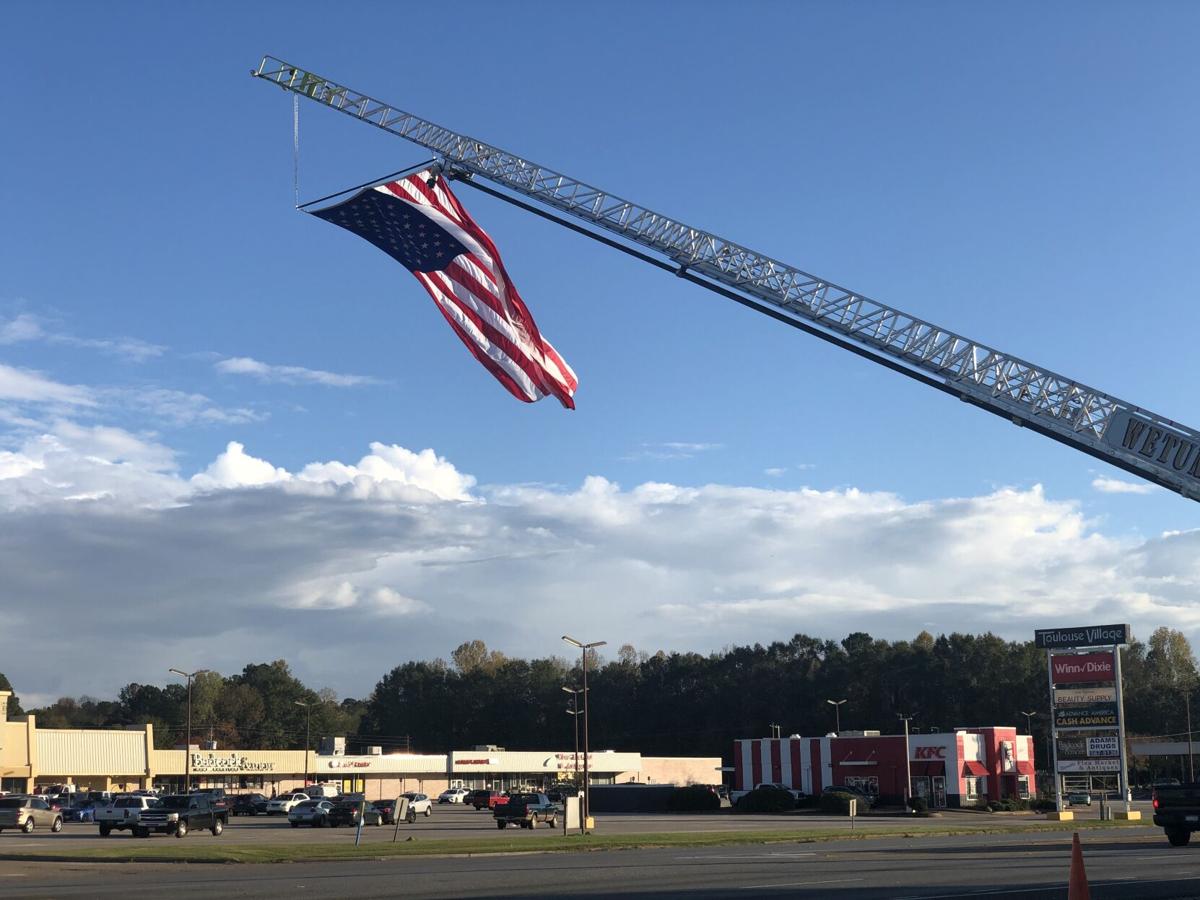 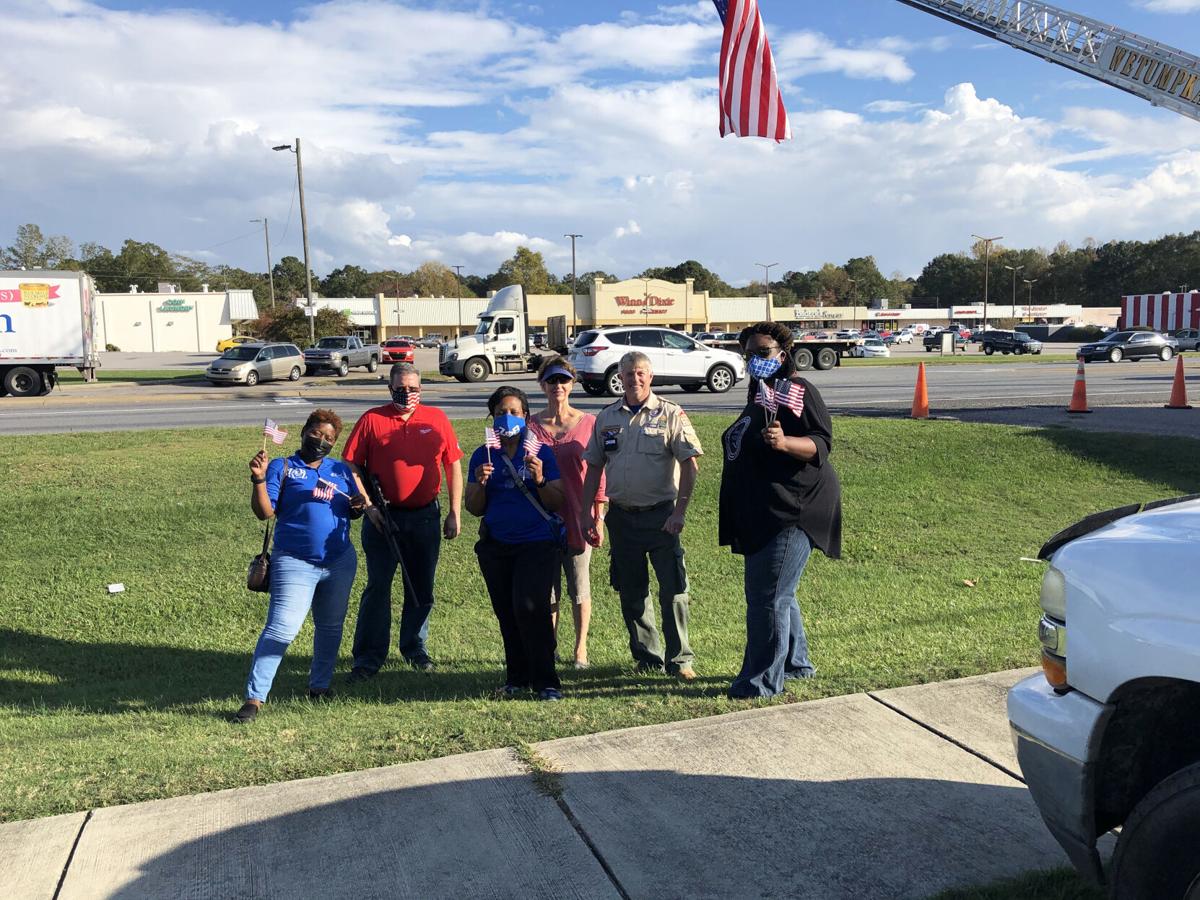 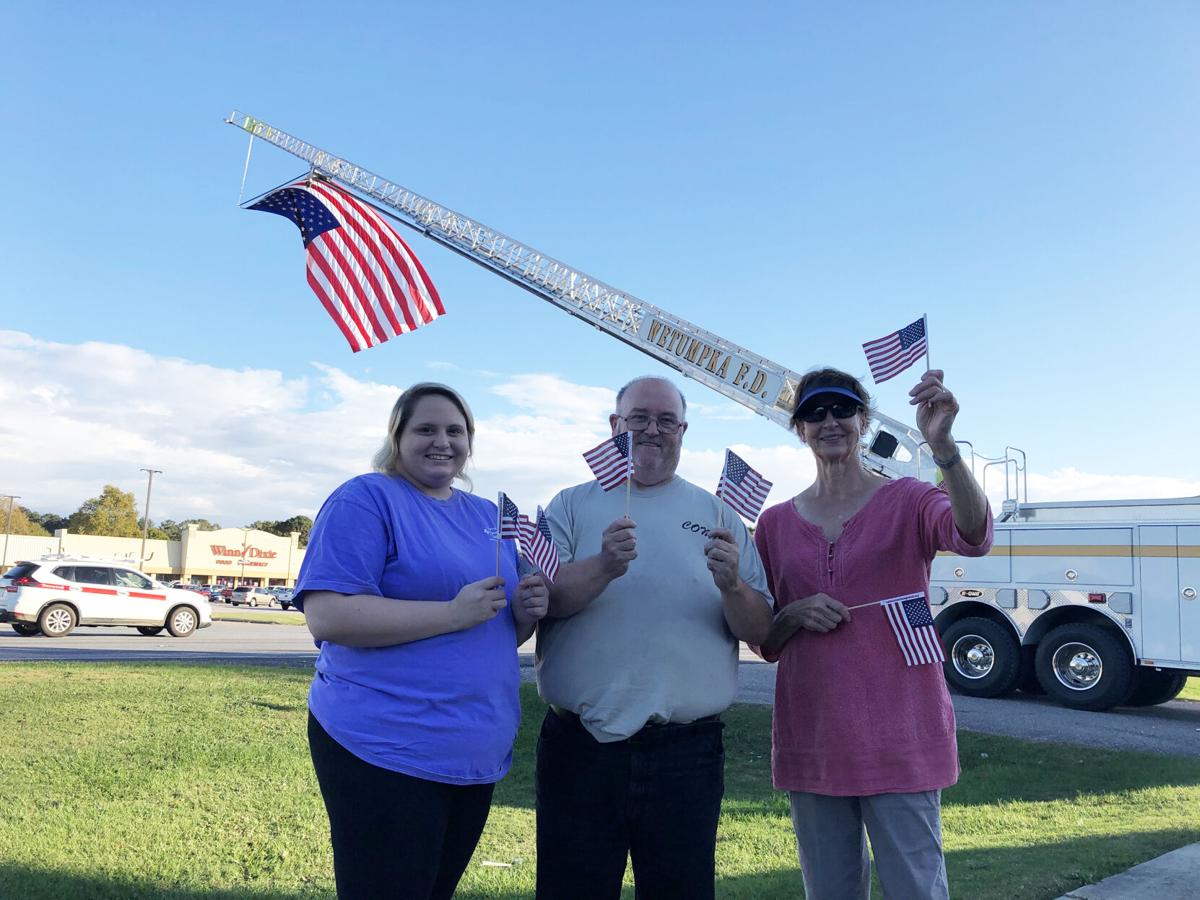 Gardner Perdue stands along U.S. 231 waving at motorists as the U.S. flag flies behind him. The Herald / Briana Wilson

Troop 50 presented a local veteran, Walton Whetstone, with a flag folded by the scouts. Submitted

If you were driving down U.S. 231 on Veterans Day afternoon, it was hard to miss the giant United States flag flying overhead in front of Trinity Episcopal Church.

Gardner Perdue, a co-chair for the church’s annual Veteran’s Day program, said the church wanted to find a way to show its support of local veterans.

The church usually hosts its annual Musical Tribute to Veterans, but the event was canceled because of COVID-19. Perdue said the musical, which typically draws guests from all over the River Region, is expected to return next year.

“As a church, we still wanted to show our support for veterans and their families, so we contacted the Wetumpka Fire Department and asked for their help,” Perdue said.

The WFD allowed the church to use one of its ladder trucks to hoist the flag above the highway from 2 to 5:30 p.m. on Veterans Day.

During that time, Perdue said citizens, Trinity church members, members of Boy Scout Troop 50, veterans and people currently serving in the military stopped by the church to take photos with the flag or to join him as the stood roadside waving miniature flags at passersby.

“People have been waving and horns have been honking all day,” Perdue said. “It’s been a lot of fun. There were some firefighters here for a little while until they got a call about an accident.”

Another part of Perdue’s effort included recognizing a local veteran. Perdue, who is also the Troop 50 scoutmaster, said the troop presented a local veteran with a flag folded by the scouts.

The recipient was Walton Whetstone, the county’s oldest veteran, according to Perdue. He is 100 and will be 101 on Jan. 2. Whetstone served in World War II from Italy into Germany.