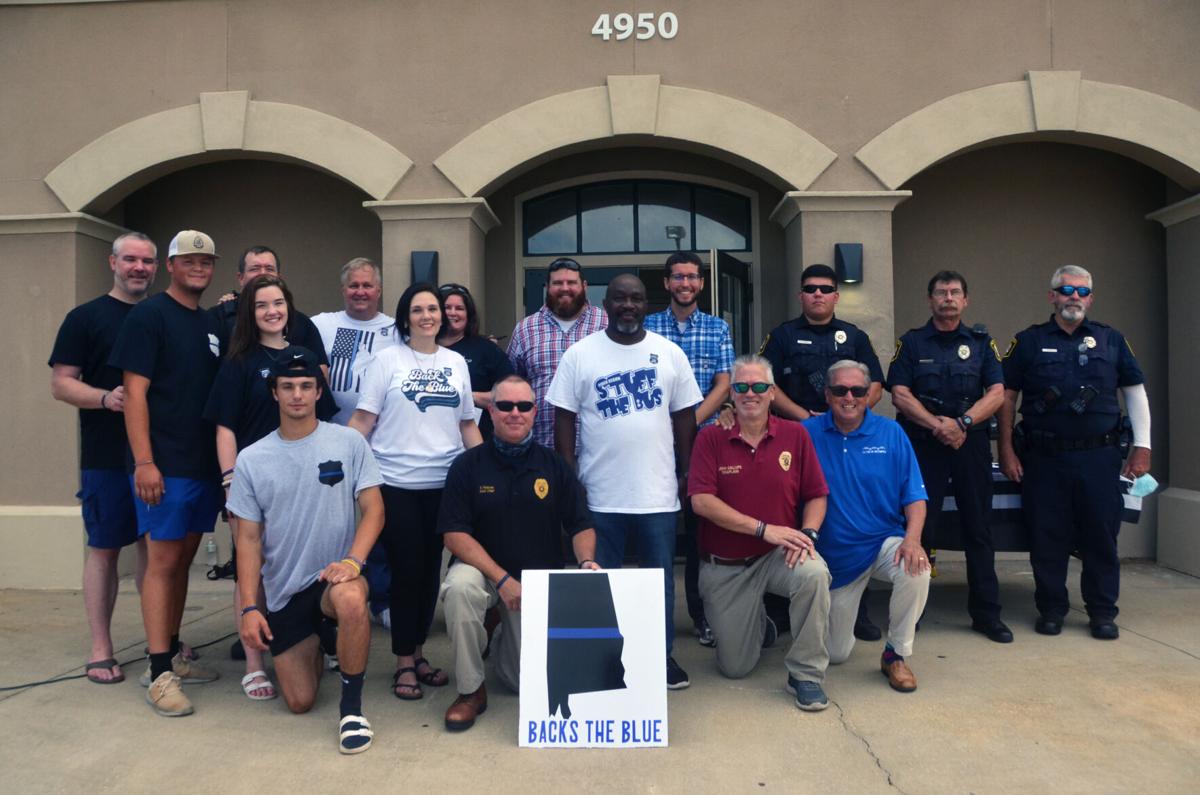 Back the Blue guest speakers and event volunteers pose for a group photo after the event. 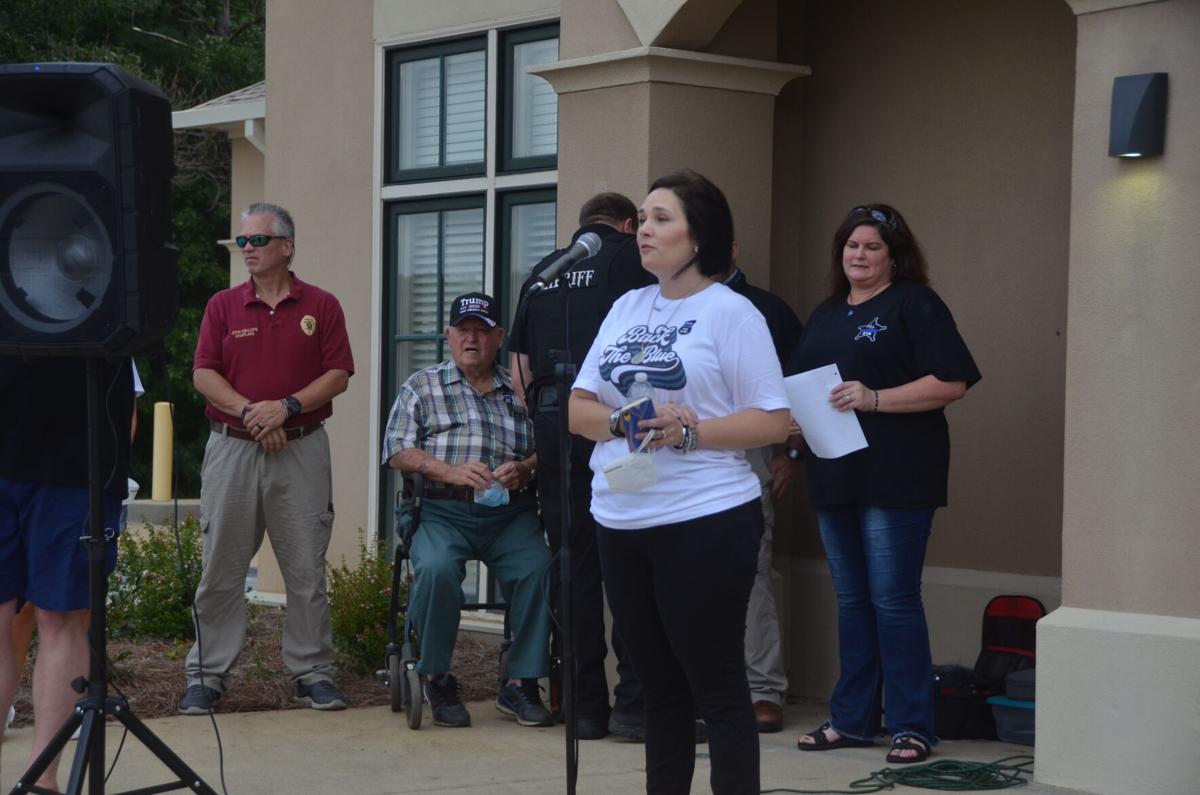 Back the Blue event organizer Ashley Carter addresses the crowd, thanking them for being in attendance. 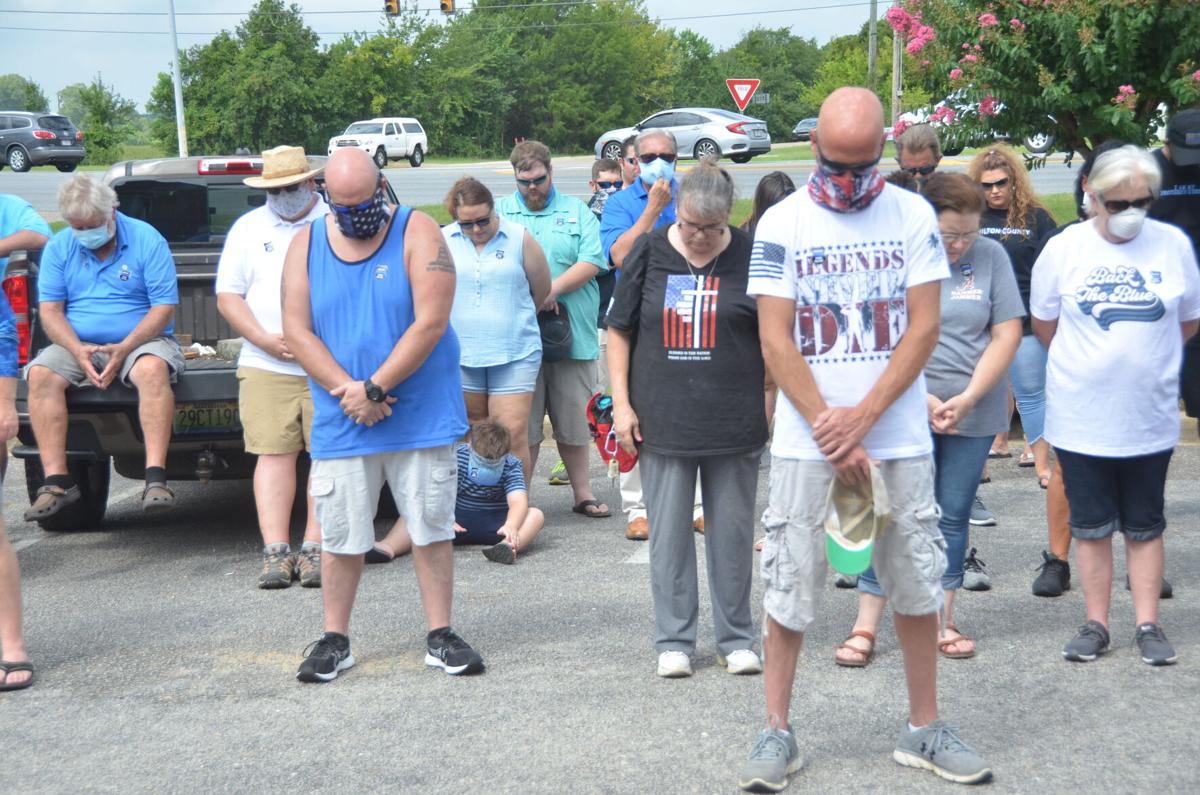 Back the Blue guest speakers and event volunteers pose for a group photo after the event.

Back the Blue event organizer Ashley Carter addresses the crowd, thanking them for being in attendance.

About 100 Elmore County residents attended the Back the Blue event held at the Wetumpka Police Department on Saturday to pray and show their appreciation for local law enforcement officers and first responders.

The event was hosted in partnership with Wetumpka residents Ashley and Nick Carter and the organization, Alabama Backs the Blue.

Ashley Carter said she was blown away by the support. Leading up to the event she was worried only a couple of people would show up, but the exact opposite happened.

“I’m so thankful you all came, but don’t let it end here,” she said as she addressed the crowd.

During the event, attendees listened as pastors from area churches prayed for the safety and wellbeing of officers and first responders.

Carter urged those in attendance to thank law enforcement officers and first responders whenever they encounter them in their daily lives and to send them ‘thank you’ cards to let them know they’re cared for.

“Law enforcement officers and first responders are a big part of my heart,” she said. “I felt like there was a need for something like this because there’s so much negativity in the world today and I wanted to do something to bring in some positivity. It also served as an opportunity to bring the community together.”

Reeves said he’s grateful to live and work in a community so supportive of its first responders and law enforcement officers.

“More people will be coming in throughout the day during various shift changes so we wanted to make sure everyone had a chance to eat,” she said.

Alabama Backs the Blue founder Jessica Colley said her love and passion for law enforcement officers started when she was a child as a result of having some many officers in her family. She’s also a retired military police officer.

Her goal is to have the group registered as a 501(c)3 and to eventually begin offering services to the law enforcement community. She’s also working on getting an “Alabama Backs the Blue” billboard placed along Highway 231.