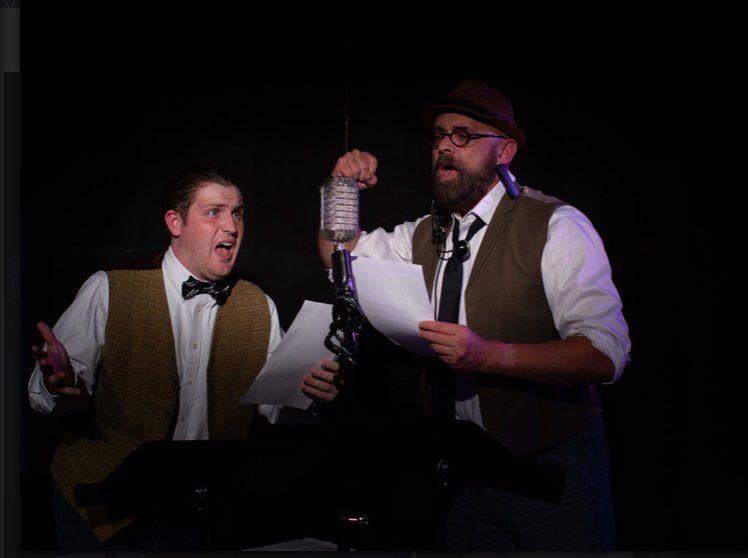 Brady Walker and Scott Page act out a scene from the upcoming “The War of the Worlds” production. Submitted 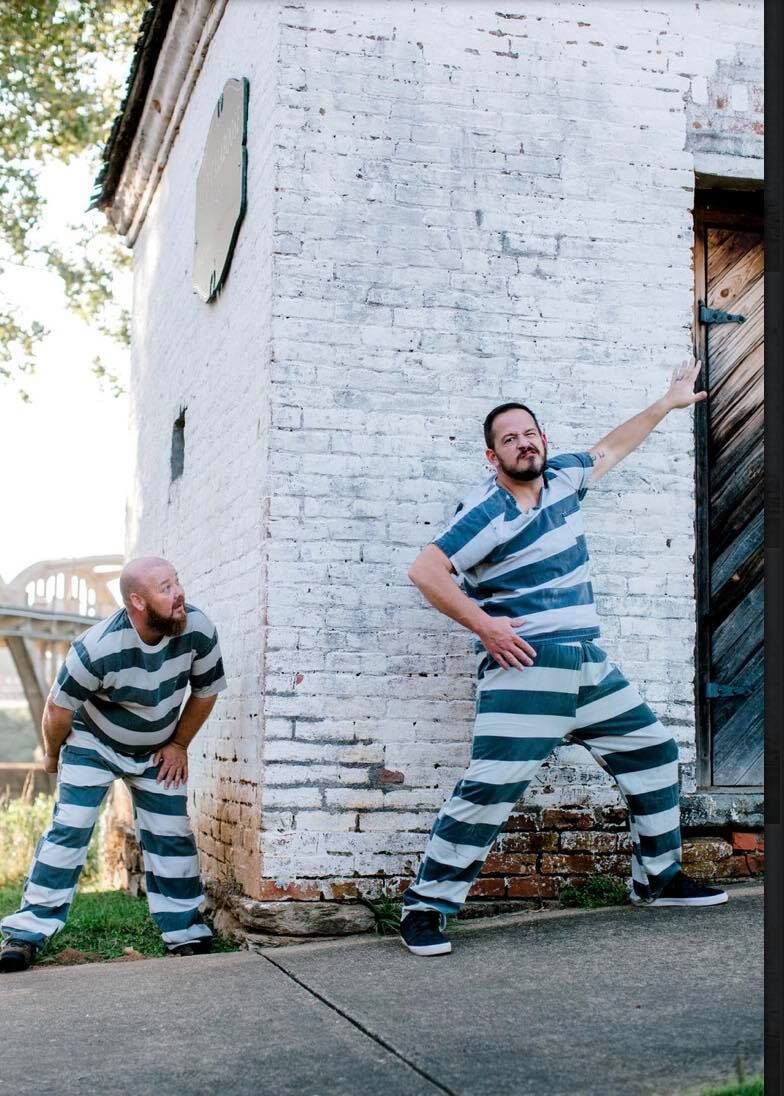 Terry Grant and Jeff Glass will be featured in the Elvis Sightings play that will be performed on Oct. 24 and 25. Submitted

Brady Walker and Scott Page act out a scene from the upcoming “The War of the Worlds” production. Submitted

Terry Grant and Jeff Glass will be featured in the Elvis Sightings play that will be performed on Oct. 24 and 25. Submitted

The Wetumpka Depot Players are stepping outside of the box and into the streets of downtown Wetumpka to keep theatre alive during the pandemic.

In an effort to avoid inside gatherings, the award-winning theatre group is producing two outside theatre events – “Elvis Sightings: Hunka Burnin’ Tump” and “The War of the Worlds Radio Play.”

According to the theatre company’s artistic director Kristy Meanor, “Elvis Sightings: Hunka Burnin’ Tump” is a comedy with music written and directed by Depot veteran, Kim Mason. Performances are set for Oct. 24 and 25 at 5 p.m.

“We are thrilled to be collaborating with multiple artists and volunteers, while following CDC guidelines, to continue creating theatre for our community,” Meanor said. “Both of these events will be a blast for our patrons as our artists work together to bring much-needed entertainment to our community.”

Meanor said Mason is an accomplished director, actor, and now playwright, who was inspired to write “Elvis Sightings” after her mother, Barbara Kelley, shared with Mason her experience of seeing Elvis on stage in Montgomery in 1955.

“Kim has created a comedy with music for fans of Elvis and for those who simply like to laugh,” Meanor said.

Scenes in “Elvis Sightings” will be performed across three downtown locations that are all within walking distance to the theatre. Patrons will park in the Depot parking lot, check in at the front desk and receive instructions on where to go to see each scene of the play. Patrons should bring lawn chairs and wear masks. The “Elvis Sightings” donation is $15 per person.

"The live radio broadcast is the story of a Martian invasion of Earth," Meanor said. "When it originally aired in 1938, Orson Welles and his Mercury Theatre company were so convincing in their performances that listeners throughout the U.S. thought the broadcast was a terrifying live event. I’m calling “The War of the Worlds,” the first ‘fake news’ event predating social media.”

“The War of the Worlds” event will take place in the Depot parking lot. Patrons will have to park in the downtown area and should bring lawn chairs, blankets and wear masks. “The War of the World” donation is $10 per adult with no charge for children ages 10-18 that attend with a paying adult.

Both shows are suitable for children 10 and over, Meanor said. Additional logistics for each event will be sent to patrons after they make a donation to attend. To make donations for these events, visit wetumpkadepot.com.

These two productions mark the organization’s first big push to offer theatre to the community since the onset of the COVID-19 pandemic in March.

But the Depot Players haven’t been entirely inactive during the pandemic. The company found new ways to engage with the community. During the summer, a virtual children’s’ program was offered via Zoom and a podcast called Waiting in the Wing was made available through social media.

Meanor said a page-to-stage reading series, which consisted of two people interpreting a script, was completed and performed in front a very limited audience.

In the spare time she's had during the pandemic, Meanor wrote a play called “A Storm Came Up” that’s based on a book of the same name written by Doug Segrest. She hopes to add the play to the theatre’s 2021 production lineup.

The theatre company will continue looking for innovative ways to create theatre for the community during the pandemic, Meanor said.