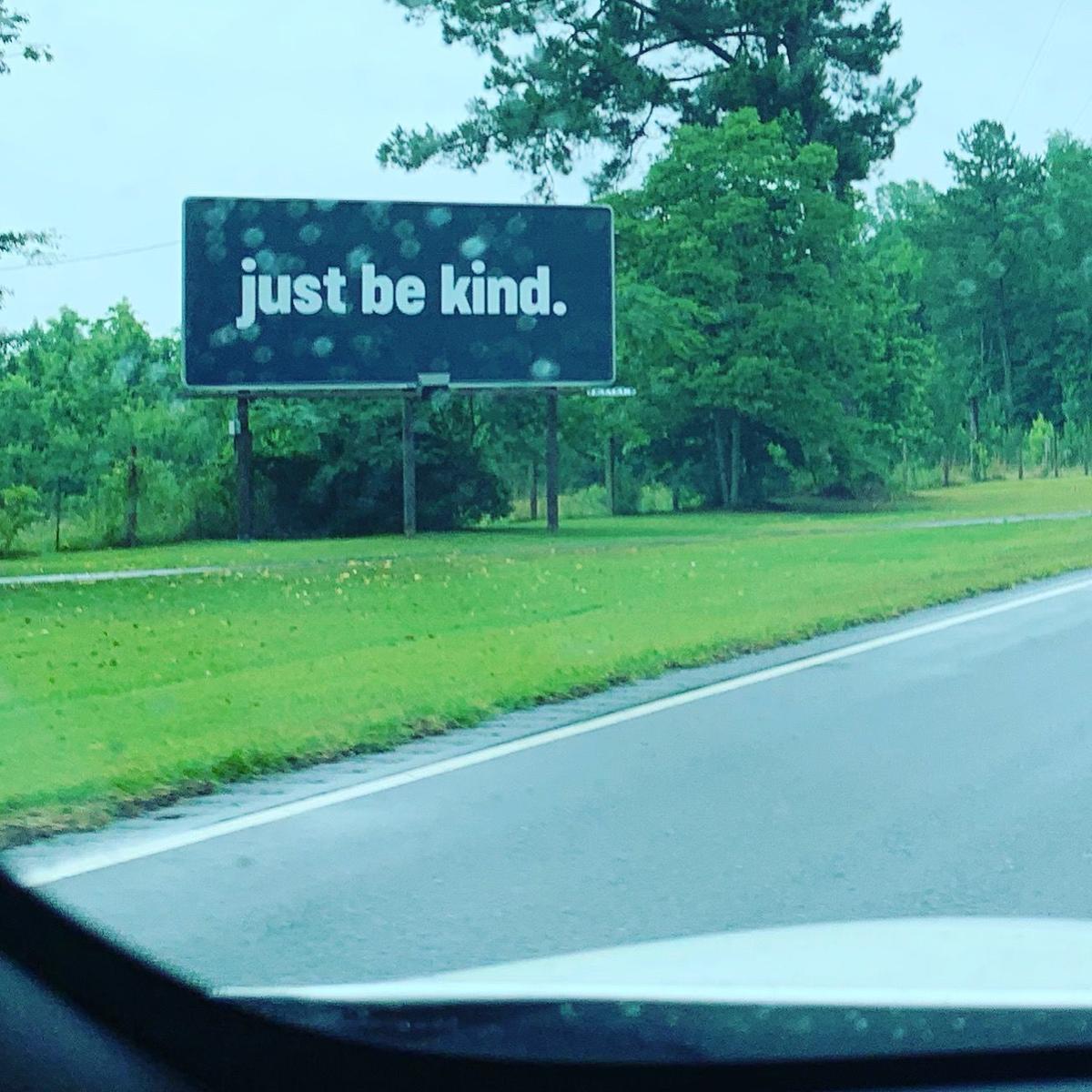 A billboard reads 'just be kind' on Highway 22. 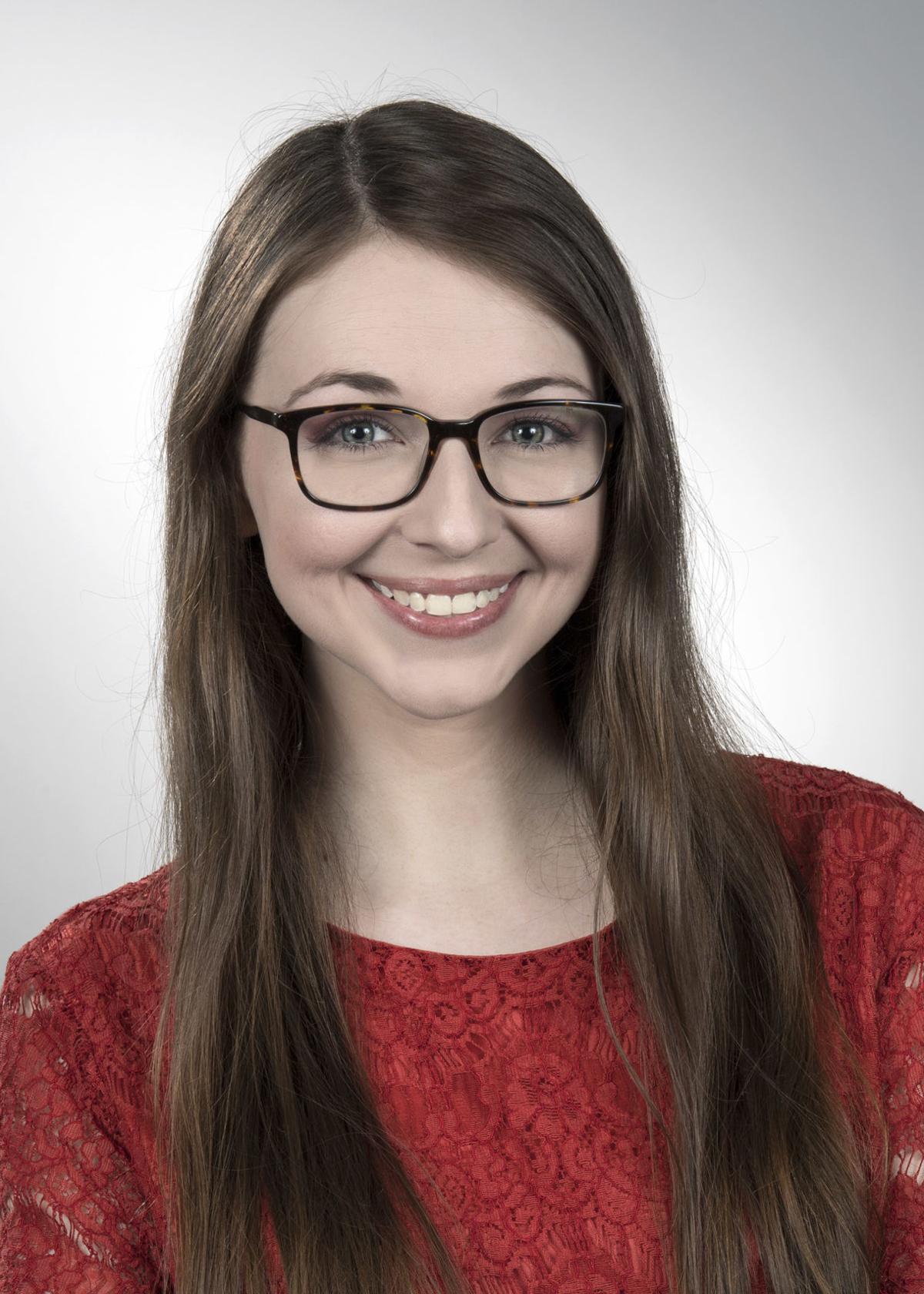 What goes around comes around, or that’s what they say anyway.

I’m one of those people who believes in karma, is superstitious, thinks my fortunes at the Chinese restaurant are 100% legit and even believes my horoscope when I read it.

Friday, sports editor Lizi Arbogast and I were running around Alex City on the hunt for Sun Festival T-shirts. We had to stop by the ATM at River Bank & Trust, where a teenage boy was sitting in a chair. I thought, “Huh, that’s weird, wonder why he’s sitting there.” Next thing I knew as I’m withdrawing cash, this young man is at my windshield giving it a nice cleaning.

This kind of thing is common in the South, although it’s not something I have ever personally encountered.

Then I’m thinking, but wait, what’s the rate for this kind of thing? Is 2 bucks good? Heck if I know.

I decided to give him $5 because why not? Something just told me to extend a bit of kindness to this kid. And I thought about my boyfriend Ryne, who is a delivery driver for JR’s Sportsbar and Grill, and how happy it makes him when someone decides to give him a good tip. So I thought while it’s only $5 of spare cash in my wallet, it’ll probably make this young man’s day.

And I hope it did.

His face lit up, he grinned from ear to ear then told me to have a nice day.

I knew something good would come back around to me. I didn’t expect it any time soon because that’s not necessarily how karma works, but I knew I’d done my part in the matter.

Only a few minutes had passed when Ryne texted me and said he got a $15 dollar tip on a $10 order.

There it was. What I did had already paid off.

While some people may think I’m a lunatic for being 24 years old and still hopping over cracks in the sidewalk to avoid “breaking my mama’s back,” being overly superstitious about my lucky and unlucky numbers, really believing a generic Capricorn horoscope is speaking to me and me alone, throwing salt over my shoulder when I spill it and believing heavily in karma, Friday showed karma is as real as it gets.

I was driving back to Alex City from The Wetumpka Herald /The Eclectic Observer office Thursday afternoon when I noticed a sign on Highway 22 that read, “just be kind.” It struck a chord with me because lately, I’ve been a bit stressed out and maybe taken that out on some people I love and strangers I encounter as well. Maybe I haven’t gone out of my way to be kind lately, and that’s out of character for me.

I’ve always been an overly nice person, one who goes out of my way to be kind to someone and always strikes up a conversation with the grocery store cashier and holds the door for people like a true gentleman even though I’m a woman.

That message and that young man at River Bank were two signs I need to step back and take a moment to remember to be kind. It’s easy to go through the motions every day, get a little worn down and snap at the people we love or innocent people we bump into throughout the day.

You know what though?

It’s just as easy to be kind.

I’m glad that boy cleaned my windshield Friday and I’m glad I took a moment to be kind to him. I’m glad karma quickly paid me back by making Ryne’s day in return.

Good deeds aren’t done to get something in return. They’re done out of the goodness of your heart to help another person, and I believe that fully. However, I just can’t knock karma.

Take time to be kind. You never know what people are going through and you never know how much your small good deed or kind words could impact someone.

Your kindness will come back around to benefit you or someone you love.

Santana Wood is the assistant managing editor of TPI's newspapers.

The Tukabatchee Area Council of the Boy Scouts of America is promising participants that scouting programs will continue as usual, even though…