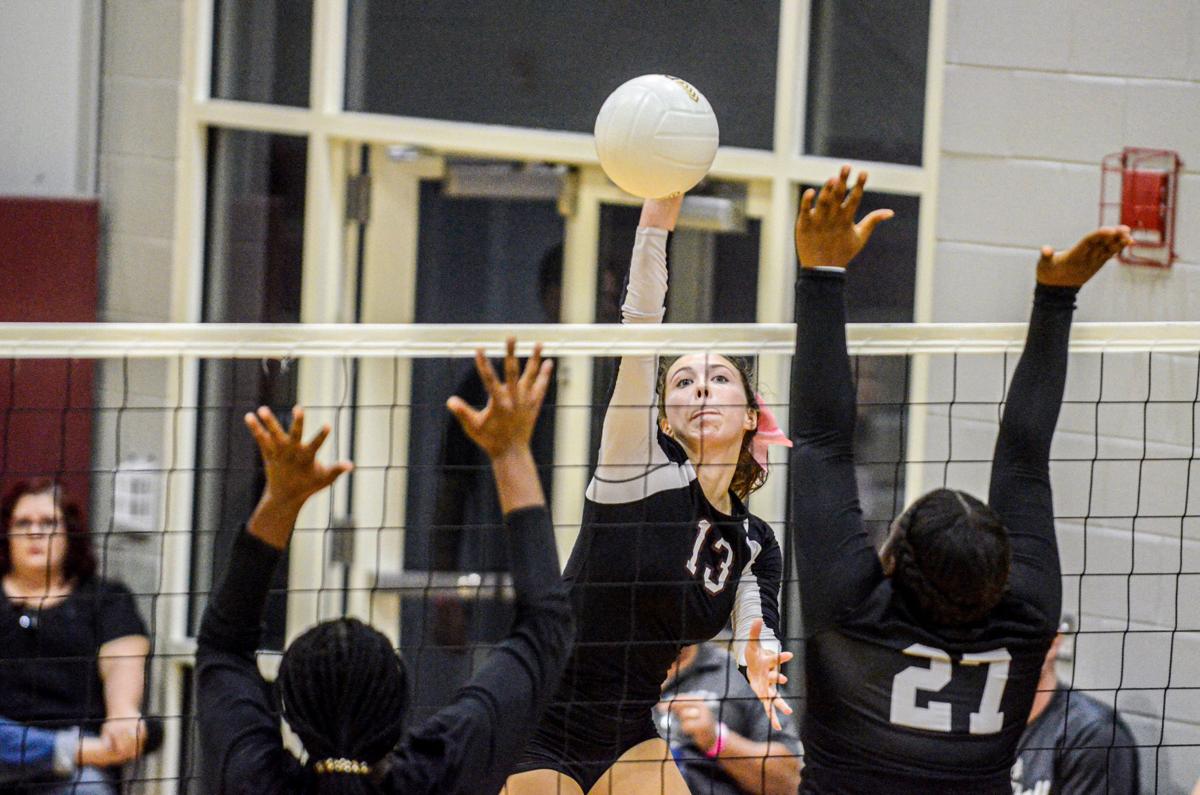 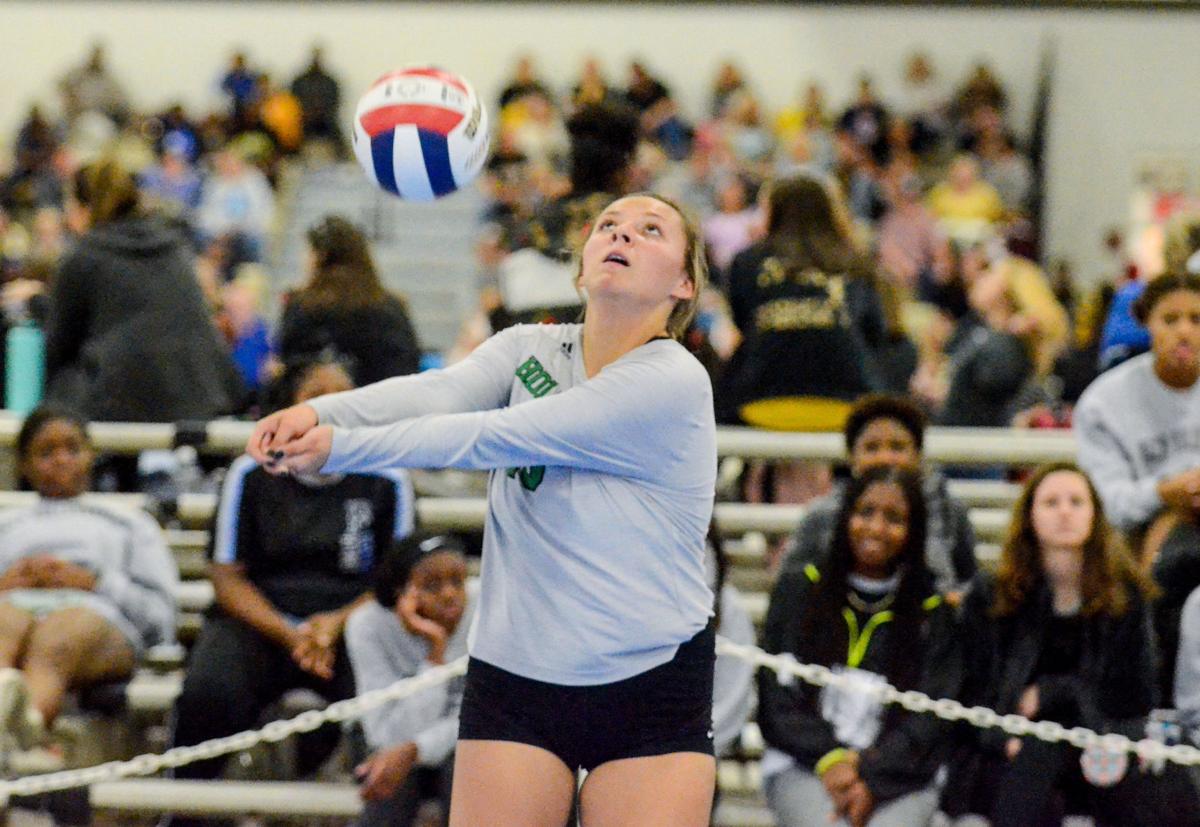 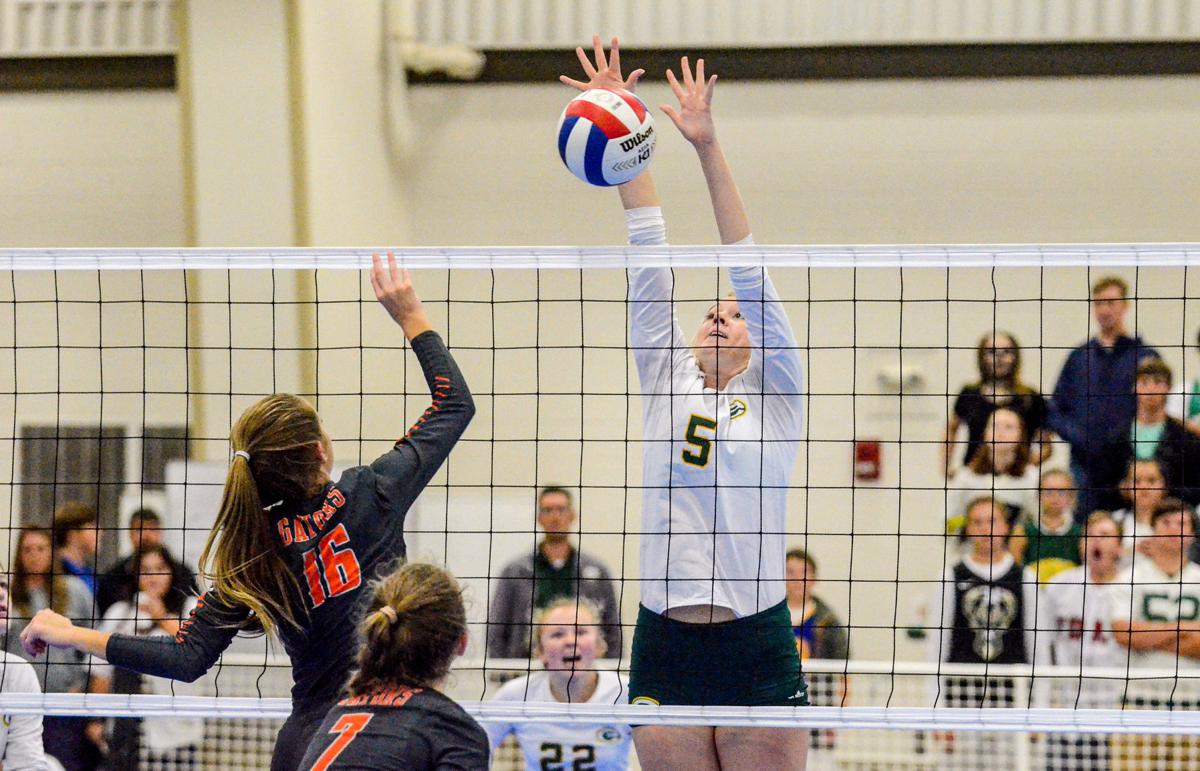 Despite having a load of talent to work with at the net, Elmore County pushed its offense through Foster and for good reason. The Panthers lost 2018 Elmore County Player of the Year Madison Traylor and needed someone consistent to fill the role but Foster made it look easy. She finished with a team-high 306 kills with a kill percentage of .660. She also led the Panthers with a .960 serving percentage to help her earn all-county honors for the second straight season. “We knew she was a good outside hitter and she was going to produce for us,” ECHS coach Kim Moncrief said. “Every year, you have to worry about replacing people and Madison was great but we knew Mirriam could step in with her confidence and ability to get the ball down.”

Roberts may not have produced the most power from Edgewood’s strong front row but her versatility helped her stand out. She finished with 140 kills on just 214 attacks and also added a team-high 57 blocks. While dominating at the net, Roberts managed to record 53 aces, 13 assists and 14 digs as she helped lead the Wildcats back to state championship and finish off an undefeated season. Roberts earned a spot on the all-state tournament team for the second straight year. “She came in as the natural leader,” Edgewood coach Hannah Josey said. “She knew her goals for the season and you could tell she really worked hard at it. Any time the ball was set to her, I felt like it would be a kill. She was very confident going into every game.”

It may be hard to find a player who was as valuable to her team as Johnson was for the Mustangs this season. If she was on the court, the play was likely going to be running through her whether she was making the dig, setting up her teammate or trying to finish off a kill. Johnson’s versatility allowed a young Mustangs team to mix and match early to find their best rotation by October. Johnson led Stanhope with 205 kills but also added 90 assists, 32 blocks and 45 digs.  “She started on the JV last year and moved up and she made an impact immediately,” Stanhope Elmore coach Virginia Barber said. “Having that kind of an athlete on the court is special. She could play anywhere on the court and that helped us.”

Holtville’s volleyball program continued to take big strides in the right direction and a lot of that was because of the play of Hindman. The Bulldogs needed her to become more than just another outside hitter this season and she did just that. As expected, Hindman led Holtville with 125 kills and 36 aces but she also finished the season with a team-high 64 digs. On Oct. 3, she led the Bulldogs with seven kills and eight digs as Holtville defeated Elmore County for the first time since 2007. “She was outstanding at the net when she came to us from north Alabama in 10th grade,” Holtville coach Alison Franklin said. “She really became an all-around player and she was just really fun to watch. She anticipated every play instead of being reactive to the ball.”

Even with the losses from the 2018 roster, Elmore County felt confident with the group it had returning this season but it certainly did not hurt to add Green, an Edgewood transfer, over the summer. Green rarely saw time on the bench and spent most of her time as the starting left side hitter but also played plenty of back row and filled in as the team’s setter at times. She recorded 253 kills and 207 assists, finishing second in both categories. “When she came to us, we tried her in a couple of different spots,” ECHS coach Kim Moncrief said. “She’s just a versatile player. It didn’t matter where we put her. She fit in and gave an extra punch from wherever she played on the court.”

The Tigers did not let the tough competition intimidate them this season and Walters was a big reason why. Her senior leadership was clear on and off the court as she led the front row on offense and was the first line for a Tallassee team that takes pride in its defense. Walters also developed her game to help the Tigers on the back row, leading the defense from wherever she was on the court. She led the team in blocks and finished second in digs. “Jordan is very special,” Tallassee coach Katie Rigsby said. “She was our co-captain and leader of our team. It’s very rare you have a middle that’s a defensive specialist on front and back row. And she was our best and most effective server.”