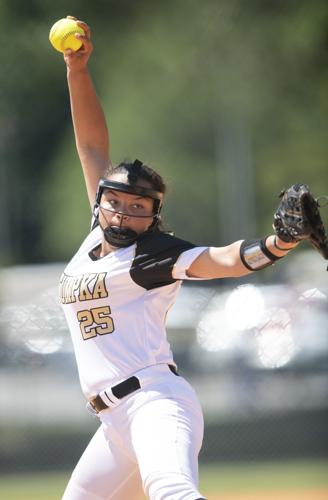 Cliff Williams / The Herald Wetumpka’s Mya Holt pitches in the first game of the regional tournament. 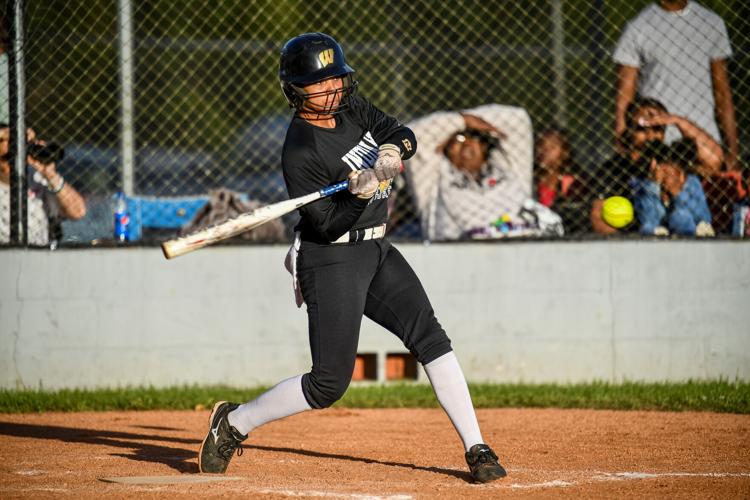 Cliff Williams / The Herald Wetumpka’s Mya Holt pitches in the first game of the regional tournament.

The talent has always been there for Wetumpka sophomore Mya Holt, but she feels like she’s held herself back with internal pressure.

Holt, who serves as the team’s top pitcher and is arguably the team’s best hitter, just wrapped up one of the most impressive seasons in Wetumpka softball history.

In the circle, the star sophomore finished the year with a 27-8 record with a whopping 1.08 earned run average. She allowed only 30 earned runs the entire year, while she struck out 160 batters in 193.1 innings pitched.

Her 16 home runs also ranked fifth across the entire state, while her 77 RBIs were third in the state.

For her play, she has been named the 2022 Elmore County Softball Player of the Year.

While her offseason hard work was the biggest contributor to her improving this year, she also attributes her success to taking pressure off herself.

During 2020 when COVID canceled the softball season not even halfway into the year, Holt was an eighth grader and had already slugged seven home runs when the season ended.

When she returned for her freshman season last spring in 2021, she said she put a lot of pressure on herself to be better than that. When she did that, she started trying to do too much and swinging at bad pitches.

She didn’t have a bad freshman season by any means. She hit .324 with seven home runs and 53 RBIs, but she wasn’t happy with the season and the pressure she put on herself.

“I felt like I had more pressure during my freshman year,” Holt said. “I felt like I was older and I needed to be better than the year before. I let that pressure get to me and that made me nervous and more timid in games. I wanted to hit everything and was swinging at everything. This year, I felt like I let the pressure off and just did what I had to do. It’s like I just didn’t feel as much pressure this year. That plays a big difference in the game and that was a really big part in my number improving.”

In the circle, Holt was the definition of consistency this season. She allowed three or more runs in only four or her 39 games that she pitched in this season. On the other hand, she held teams scoreless in 23 of her appearances.

There was never a hot streak or cold streak for her in the circle, just pure dominance.

At the plate, however, she ran into quite the hot streak in the middle of the season.

Entering the month of April, she had seven home runs on the season. On April 1, she hit another one to give herself a new career high with eight. That was the start of the hot streak.

Two games later, she hit two home runs in an area game against Stanhope Elmore. Then hit one against Central-Phenix City the next day.

The next week, in games against Tallassee, Beluah and Holtville, Holt homered four times to give herself eight in the two week span. That gave her 15, which broke the single-season school record.

During that two-week stretch, she recorded 16 hits and only hit under .500 in a game once.

“That stretch was funny,” Holt said. “A lot of people were saying I was seeing the ball like a beach ball, and it really seemed like that from my perspective too. Everything that was in the zone, I was going to drive it. The whole stretch felt good and I was seeing everything great. I was never swinging at bad pitches.”

Welders Needed Looking for experience in MIG Welding and …