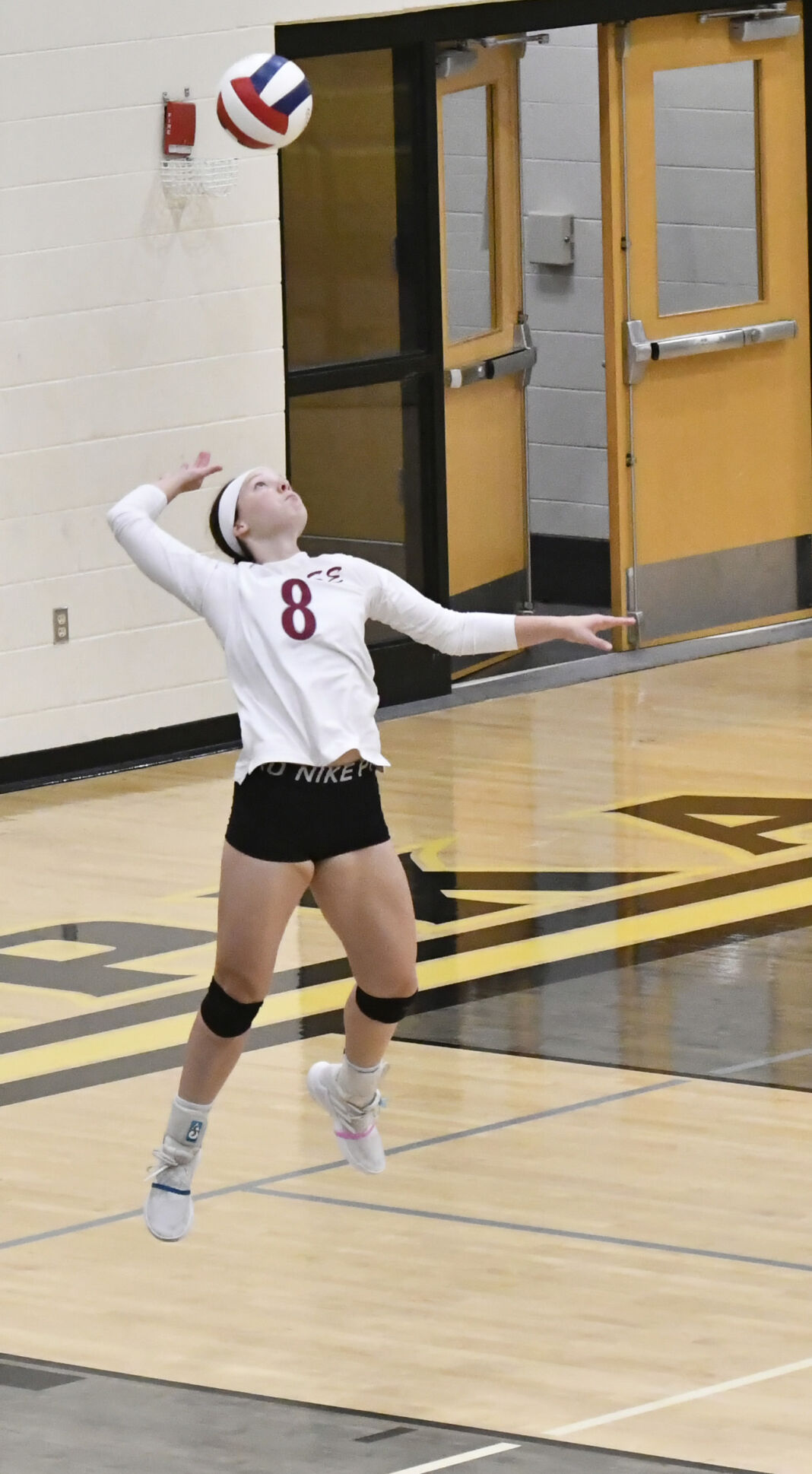 Andy Anders / The Herald Stanhope Elmore hitter Kelbi Johnson leaps into the air for a jump serve against Wetumpka Thursday. 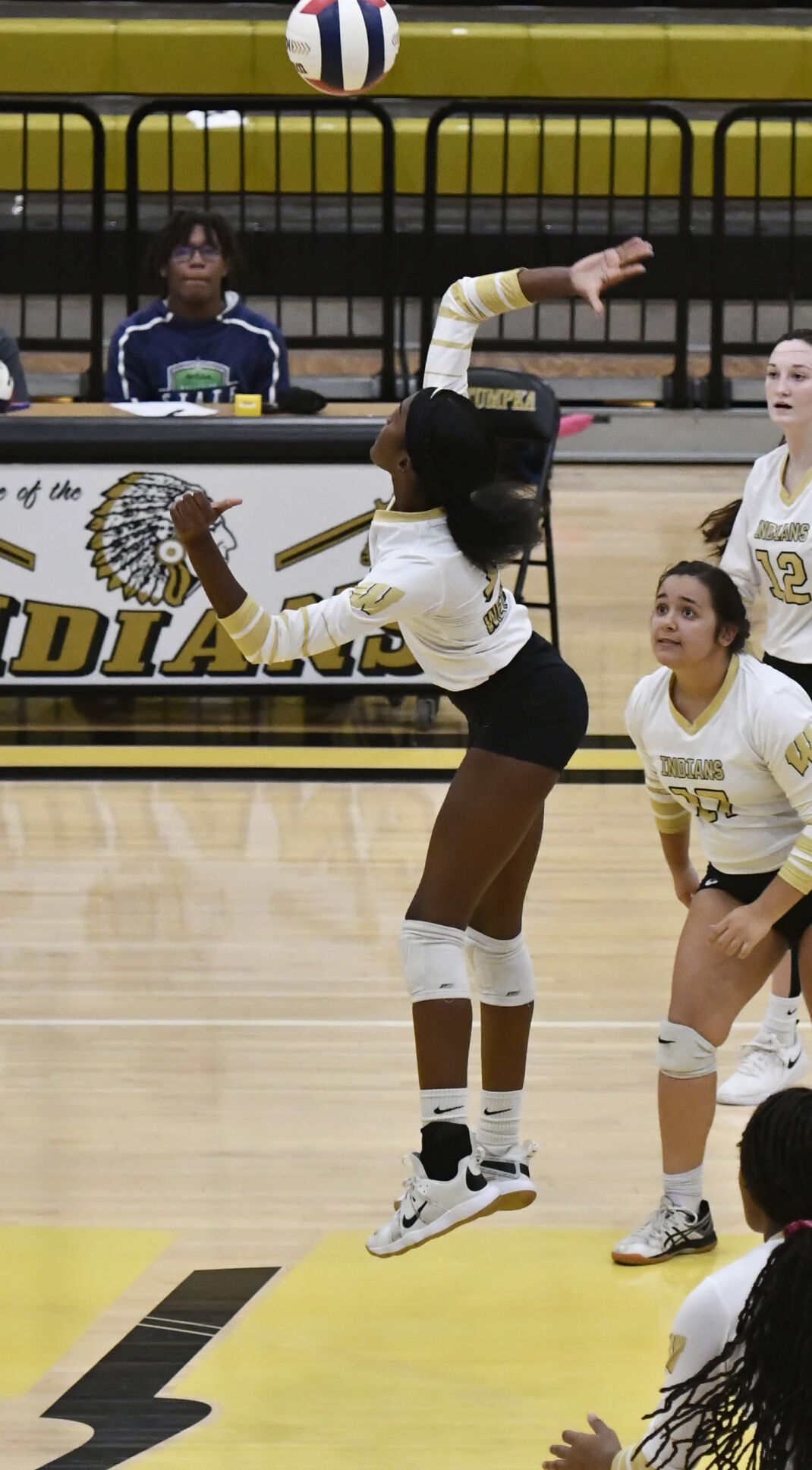 Andy Anders / The Herald Stanhope Elmore hitter Kelbi Johnson leaps into the air for a jump serve against Wetumpka Thursday.

Three area volleyball teams will compete in the Super Regional Volleyball tournament this week, and they have quite the challenge in front of them come Wednesday.

Elmore County, Wetumpka and Stanhope Elmore all advanced to the Super Regional tournament after finishing either first or second in their respective area tournaments, and they will play on Wednesday at the Cramton Bowl in Montgomery.

Elmore County enters its matchup with Satsuma with a 20-7 overall record. The Lady Panthers went 5-1 in area play before sweeping both Holtville and Jemison, 3-0, in the area tournament last week.

They are led up front by junior Coranda Lozada, who had a team-leading 26 combined kills in the two area tournament matches.

Satsuma will have to face a talented Elmore County bunch at the net, but the Lady Gators have shown this year that they can play defense. Satsuma averages 13 digs per set and 35 digs per match this year.

Senior Emma Knowles leads the team with 326 digs, good for 3.4 per set and 8.6 per match. Juniors Hayden Andrews and Isabella Gibbons also star on defense and averaged 2.3 digs per set each.

Junior Caleigh Turpin also helps out, but she does the majority of her work at the net. She has a team-high 65 blocks this year, good for 0.6 blocks per set.

Wetumpka enters its super regional matchup with a 23-15 record this year. The Lady Indians went undefeated in area play, which featured season sweeps of Benjamin Russell and Stanhope Elmore.

After earning the No. 1 seed in the area tournament, Wetumpka beat Stanhope, 3-0, in the area championship. Wetumpka is led by junior outside hitter Khloe Harris, who had 14 kills, 4 blocks and 3 service aces in the championship game.

Senior libero Erin Douglass is a question mark, however, and has missed each of Wetumpka’s last two games. In her place, eighth grader Ashlynn Turner has stepped in and started.

Saraland enters the match with some of the most games played this year. The Lady Spartans are 51-4 this year and are the No. 2 seed out of Area 1.

Saraland went 7-0 in Area 1 in the regular season and entered as the No. 1 seed, but lost St. Pauls in the championship, 3-1. The Lady Spartans have a trio of offensive juggernauts at the net.

Saraland’s only losses this year have come to St. Pauls twice, Pelham and Gulf Shores.

Stanhope Elmore entered the Class 6A, Area 5 tournament on the outside looking in, but the Lady Mustangs upset No. 2 seed Benjamin Russell in the first round to clinch their playoff spot.

The Lady Mustangs had previously lost to Ben Russell twice in the regular season, but head coach Flavia Freeney has her team peaking at the right time.

Stanhope has eight seniors on its squad, and outside hitters Kelbi Johnson and Saiban Chappell lead the charge for that group of girls.

St. Pauls Episcopal (40-8) entered its area tournament as the No. 2 seed, but upset Saraland in the championship to claim the top seed in the super regional tournament. The Saints enter the tournament on quite the hot streak and have won 20 of their last 21 games dating back to Sept. 16.

The Saints have a balanced team and feature three players that average over 2 digs per set on defense, senior captain Rachel Bell, sophomore Caroline Carrington and junior Julia Joyce.

On the offensive side of things, Bell is their leading hitter. She has 305 kills this year, good for 2.9 kills per set, and has a 40.8 kill percentage on the year.