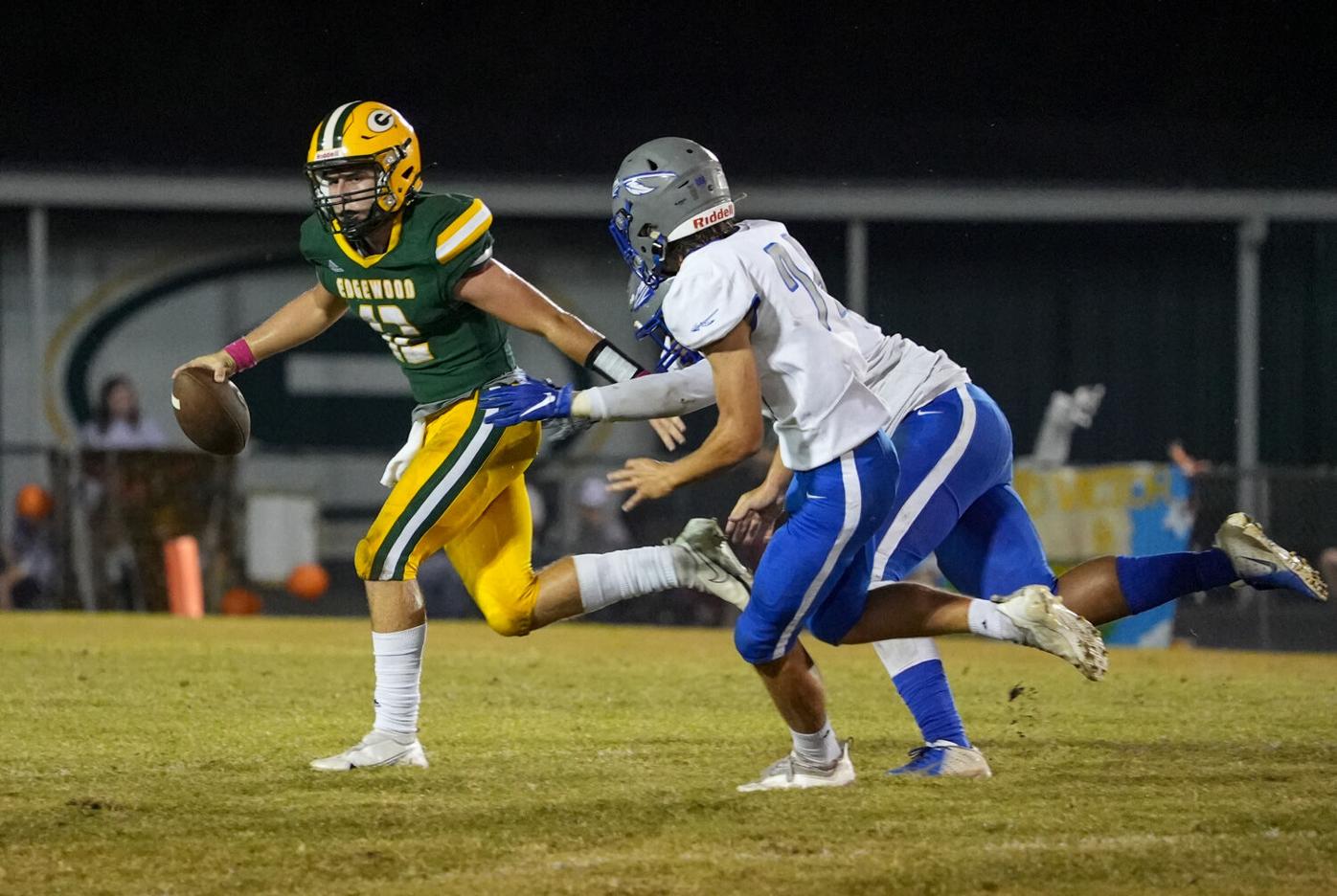 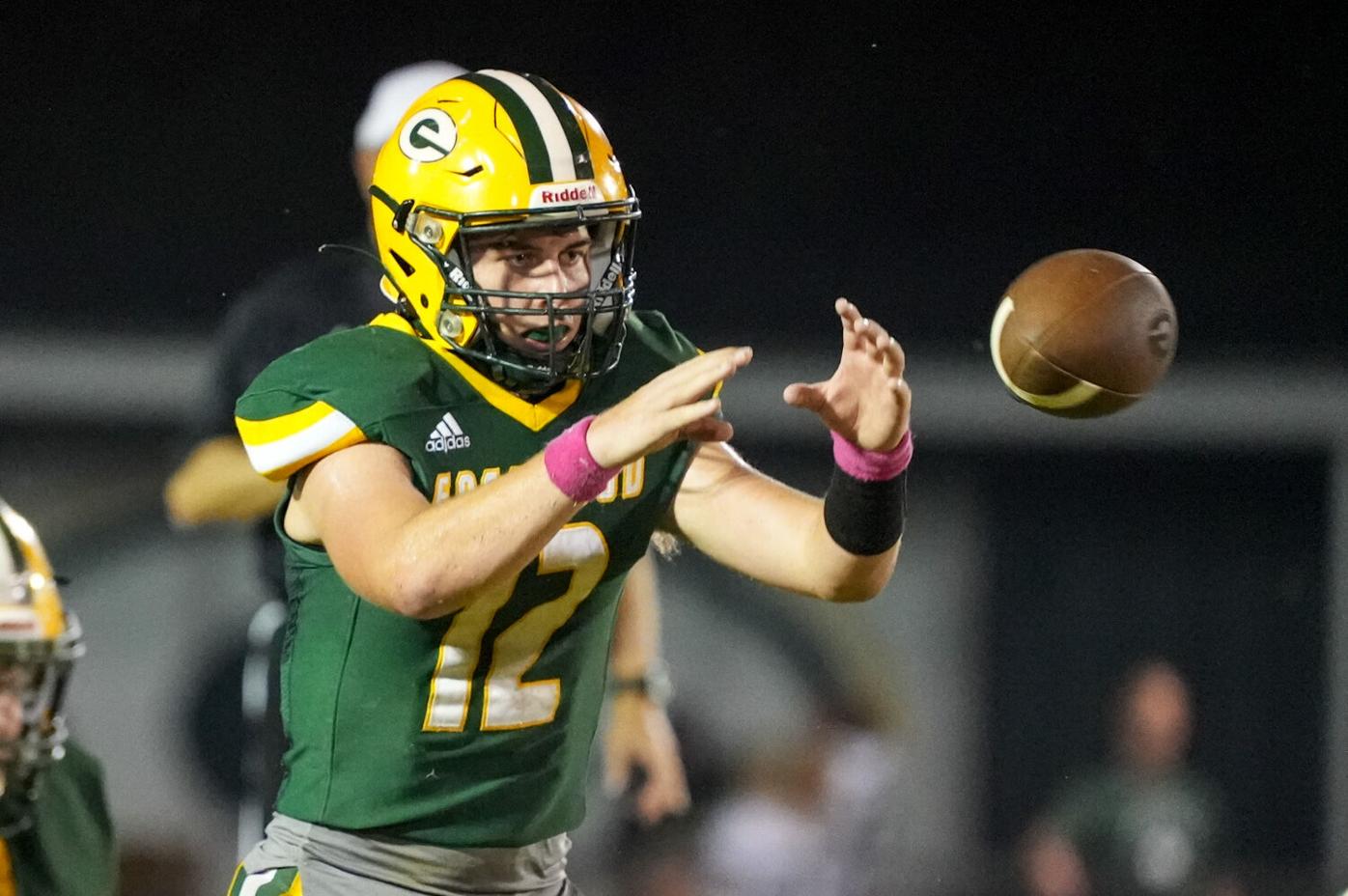 Edgewood Academy head coach Chad Michael has been telling Austin Champion to pull the ball and run for a few weeks now, and the junior quarterback listened on Friday night.

Champion scored five touchdowns, including a 30-yard touchdown run with two minutes left, to lead Edgewood Academy to a 39-34 win over visiting Lakeside on homecoming night.

Champion tossed three passing touchdowns, but also scored twice on the ground, once from 2-yards out and once from 30-yards out, for his first career game with multiple rushing touchdowns.

“Our receivers were really just running great routes and our offensive line blocked really good,” Champion said. “We were getting what we thought we would get coming into this game, and coach called some really good plays that got our receivers open down the field.”

Champion and the Wildcats (4-2) got the scoring started early in the game. On Edgewood’s first drive of the game, Champion found sophomore Gabe LeMaster for a 28-yard touchdown pass that put the Wildcats up, 6-0.

Following an interception on defense, Champion scored his first touchdown on the ground, a 3-yard touchdown run, to go up 13-0 after the made PAT.

Edgewood looked to score again to go up by three touchdowns, but Champion made a mistake throwing the ball.

On 1st-and-goal from the 4-yard line, Champion threw an interception in the end zone, which Lakeside’s Ileek Quinn returned 100 yards for a touchdown and cut the Edgewood lead to 13-7 right before the half.

Champion then quickly charged the Wildcats right back down the field on only two plays.

After a good kickoff return gave Edgewood the ball around the 50-yard line, Champion picked up a 27-yard gain on the ground before throwing a 16-yard touchdown pass to senior Trevor Rodie to put Edgewood up, 20-7, with just over a minute left until the half.

“After the interception, I went back on the sideline and coach and all my teammates were telling me not to worry about it and just worry about the next play,” Champion said. “We went back down there and coach called a good play. Trevor got left open, and it was just a good connection between me and Trevor.”

Lakeside continued to fight coming out of the half and scored on a 41-yard touchdown pass from Tripp Swain to Branden Jackson that cut the lead back to six points. Edgewood then forced a turnover on downs on Lakeside’s next offensive possession, and JT Brazzell got his turn to score.

The senior running back scored a 22-yard touchdown and ran over multiple Lakeside defenders on his way as he put Edgewood back up by two touchdowns, 26-13, with 4:11 left in the third quarter.

On Edgewood’s next drive, Champion and Rodie connected for their second touchdown of the night, a 39-yard post route, and Edgewood led 33-13 at the end of the third quarter.

With time dwindling down in the fourth quarter, Lakeside scored on a 2-yard touchdown run by Willis Jackson Jr., to cut the lead to 33-20.

Edgewood then decided to continue throwing the ball, and Champion threw his second interception of the night, this time again intercepted by Quinn, and he returned the ball all the way to the 2-yard line.

Jackson Jr. scored his second touchdown of the night, and Edgewood’s lead was cut to 33-27 with 3:31 left in the game.

Lakeside then kicked an onside kick and recovered it, and had the chance to drive down the field and take the lead. Edgewood’s defense, however, said no.

After a loss of four on a run on first down set up Lakeside behind the chains, Edgewood’s defense forced three straight incompletions to force a turnover on downs and potentially end the game.

“Our defense played really hard for those four downs,” Michael said. “We struggled most of the night defensively and that was my fault not getting them in the right spots. We have to get better and tackle better, but we are still going to celebrate the win because a win’s a win.”

Up 33-27 with just over two minutes left, Edgewood was running the clock out when Champion broke multiple tackles and scored his fifth touchdown of the night, a 30-yard touchdown run, and put Edgewood up, 39-27.

Lakeside scored a late touchdown to cut the lead down to 39-34, but Edgewood recovered the onside kick and took a knee to end the game.

Edgewood Academy will travel to Chambers Academy next week for a region game.