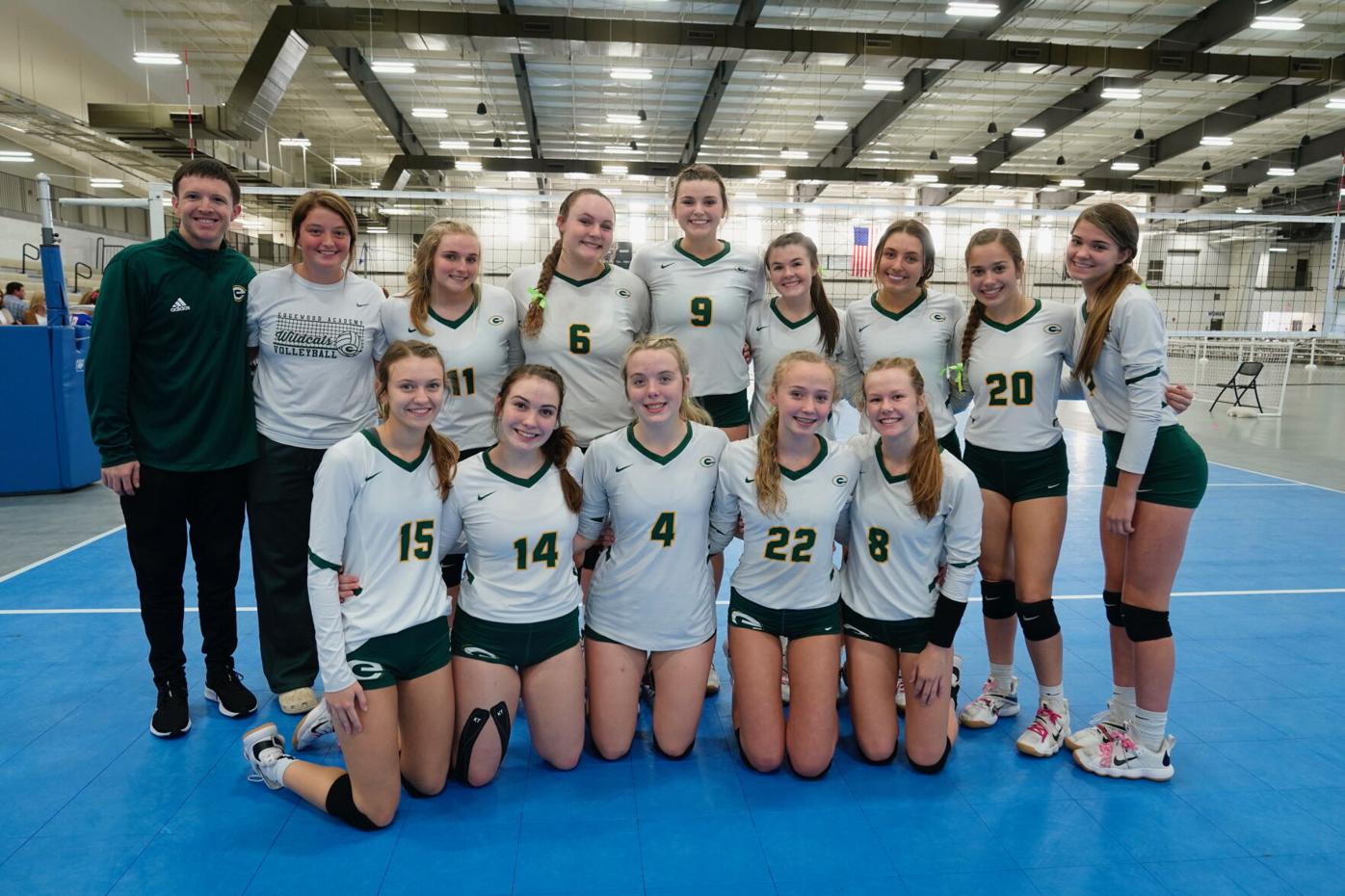 Jake Arthur / The Herald The Edgewood Academy volleyball team clinched a state championship berth with two wins on Tuesday. Edgewood beat Lakeside and South Choctaw each 3-0 in the quarterfinals and semifinals. 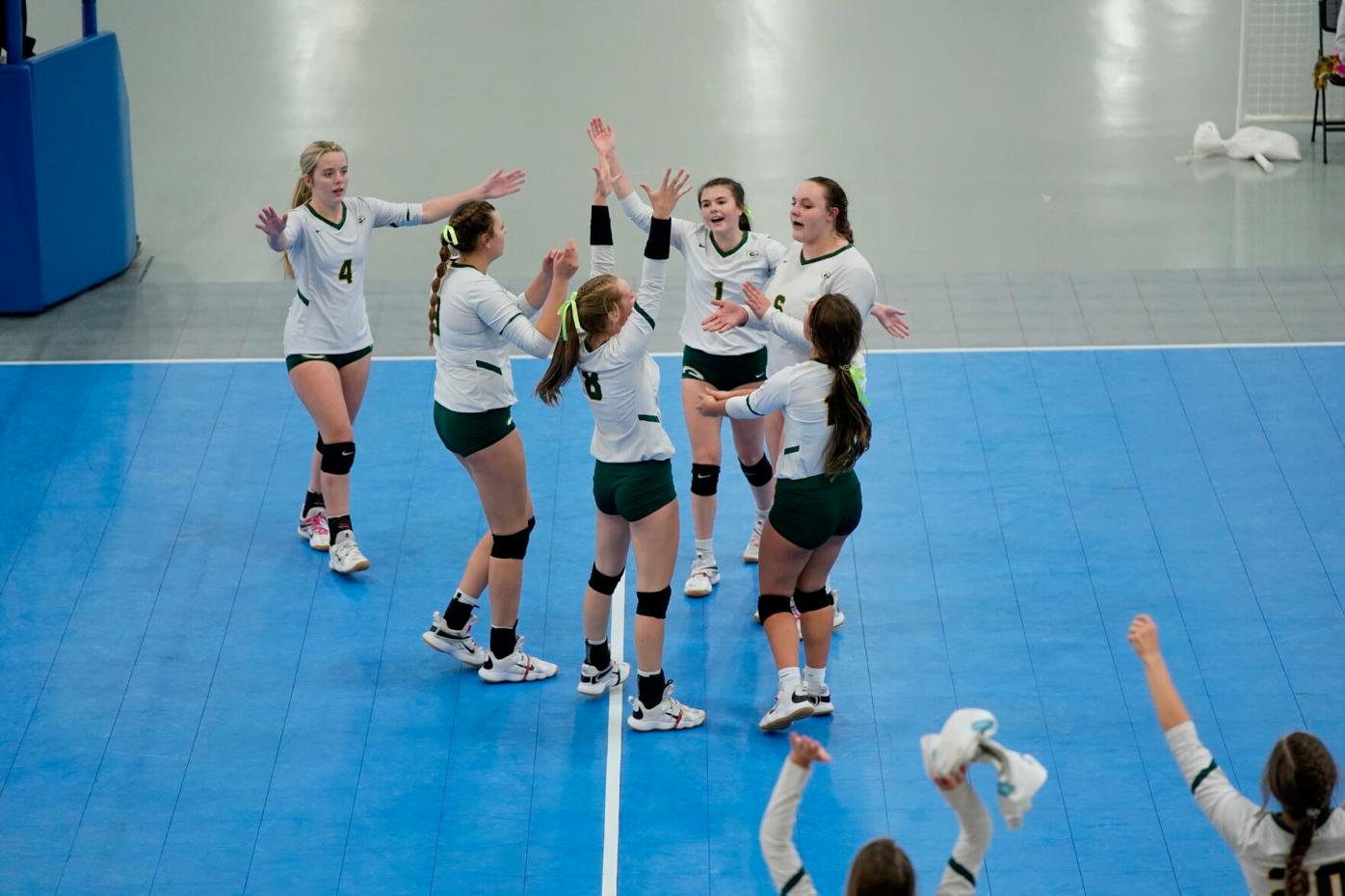 Jake Arthur / The Herald The Edgewood Academy volleyball team beat South Choctaw Academy, 3-0, in the AISA Class AA state tournament on Thursday. The Wildcats advanced to the state championship with the win.

Jake Arthur / The Herald The Edgewood Academy volleyball team clinched a state championship berth with two wins on Tuesday. Edgewood beat Lakeside and South Choctaw each 3-0 in the quarterfinals and semifinals.

Jake Arthur / The Herald The Edgewood Academy volleyball team beat South Choctaw Academy, 3-0, in the AISA Class AA state tournament on Thursday. The Wildcats advanced to the state championship with the win.

The Edgewood Academy volleyball team is headed to the state championship.

Edgewood will face Chambers Academy in the championship on Thursday afternoon at 1 p.m. The game is played at the Cramton Bowl Multiplex.

“It means a lot to us to make the state championship and it’s a really special moment, especially for the seniors,” Edgewood coach David DeLozier said. “I mean having been there, you dream about it and you work for it. To work for it all season and have it come together at the right moment, I’m excited for them.”

During that set, the Wildcats had 12 service aces, four from Emma Weldon and six from Lindsey Brown. Both the second and third sets were closer than the first, but not by much.

Edgewood controlled both sets and won, 25-12, and 25-14 to eliminate Lakeside and advance to the semifinals.

“I think in our first match, we played very well against Lakeside,” DeLozier said. “In the second match, we got a little comfortable and came out a little slow. We had a long wait between matches and South Choctaw was already warmed up because of when they finished their first match. We came in kind of slow and it wasn’t our best, but we found a way to win it.”

South Choctaw’s quarterfinals match with Cornerstone went five sets, and lasted right at an hour and a half.

But despite being warmed up already, Edgewood still cruised to the 3-0 win.

In the first set, Edgewood led 15-7 over South Choctaw when the Rebels called a timeout. Out of the timeout, South Choctaw used a run to 7-1 run with five kills to cut Edgewood’s lead to 16-14.

After that, sophomore Lindsey Brown took over. Brown reeled off three straight kills to put Edgewood back up, 19-14,then had two more in a four-point stretch that saw Edgewood go up, 23-16.

To finish off the set, Brown had back-to-back service aces to give Edgewood a 1-0 lead.

“Lindsey just has a contagious fire,” DeLozier said. “Whenever we’re struggling or we don’t have energy, Lindsey is kind of our energizer bunny, so to speak. She just lights a fire under us and puts us on her back and carries us. It’s really good to have a firecracker like that in the pocket where if we’re struggling a little bit, at least we have someone to give us a boost.”

The two teams went back-and-forth for much of the second and third sets, and Edgewood found itself up 13-9 in the second set before taking control.

Back-to-back kills from Brown and Madison Martin gave the Wildcats a seven-point lead, and Edgewood then went up 2-0 with a 25-17 set win.

In the third set, the teams were tied 11-11 when Edgewood decided it had enough. The Wildcats went on a 10-0 run, paced by two blocks and two kills from Karlee Mainor and two aces from Weldon to go up 21-11, and from there it was only a matter of time.

Edgewood won the match, 25-16, and clinched its state championship berth with the 3-0 win.

“Honestly, we were struggling in the second set and then into the third, but we just got fortunate on a few points there,” DeLozier said. “We had a few bounces go our way and got some tricklers to go over the net for us. We lucked out on a few points but the biggest thing in the third set was just us being steady. We found a way through our rough patches.”

Edgewood will face Chambers Academy in the championship on Thursday afternoon. The two teams have played twice this season already, and split the season series.

Chambers beat Edgewood in a weekend tournament early in the season, then Edgewood beat Chambers on the road early in September.

It will be a tough matchup, and Chambers is playing well at the right time. Chambers Academy, just like Edgewood, swept through its opponents on Tuesday.

“I know Chambers has improved this year and they’re really playing well, especially today where they went 3-0 in both matches,” DeLozier said. “We are looking forward to a tough match and we are going to be ready.”