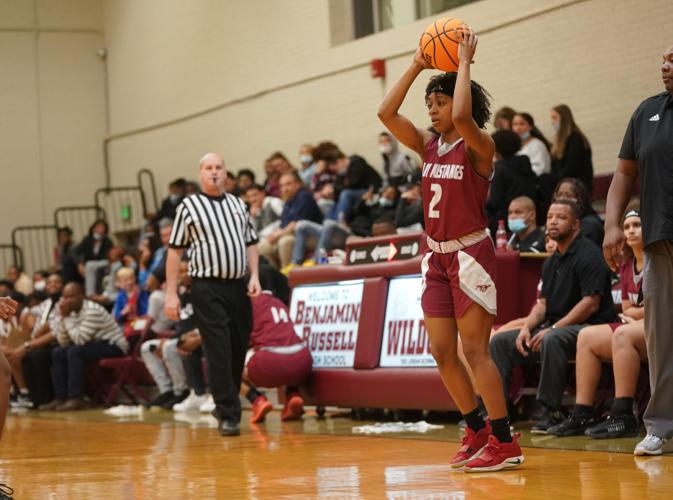 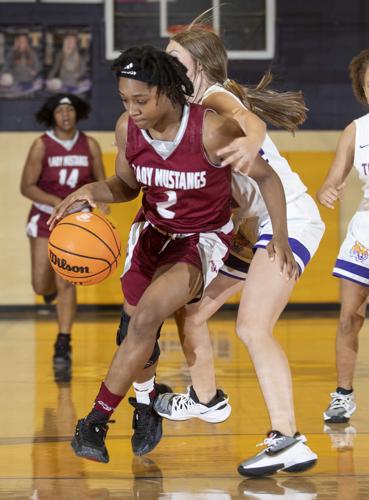 The Stanhope Elmore girls basketball team is off to a 4-0 start this season, and junior point guard Ariel Gilchrist has been a big reason for that.

Gilchrist, who was an All-Area point guard for the Lady Mustangs last year, has taken a much bigger scoring role this season as she has scored more than 15 points in every game this season.

That’s much different than the pass-first role she played as a sophomore last season when the team mostly relied on the duo of Jacey Haynes and Kelbi Johnson for scoring.

That senior duo, both of which are playing college sports now, averaged 35 points per game last year, so that was a lot of scoring not returning to the team this year. But Gilchrist has taken it upon herself to try and fill that void.

She’s done that and some as she is averaging 22.7 points per game and has finished first or second in scoring in each of Stanhope’s four games.

“We lost a lot last year,” Stanhope Elmore coach Kelvin Stokes said. “I told Ariel at the beginning of the year that we’re losing nearly 35 points per game so scoring is essential for her now. I told her I needed her to score and do what she does best and that’s play great defense. Now her mindset is more of a scorer than distributor and we are trying to figure out what she can do. Her downhill attacking is really benefiting us early this year.”

Gilchrist’s junior season could not have started any better than it did. In the season opener against Booker T. Washington, a 54-41 win, Gilchrist nearly outscored the entire other team. She paced the game with 37 points, and set the tone early for her year.

Since that game, she has recorded 20 points, 6 steals and 11 rebounds against Robert E. Lee, 19 points and 13 steals against Tallassee, and 15 points, 9 steals, and 7 rebounds in an overtime win over Chilton County.

Her offense is coming from her defense, as she’s racked up handfuls of steals. She’s averaging nearly eight steals per game. She’s always been an elite defender, but Stokes has helped her level of play by taking her off the ball on defense.

“I can’t wear her out on defense because I need her to score on offense,” Stokes said of taking her off the ball. “She’s very fast and strong and quick on defense so I took her off the ball and let her roam. She’s good at shooting the gap and getting steals and attacking the glass. Her aggressiveness and her play is coming because of relentless defense.”

Gilchrist’s level of play began this summer during her AAU circuit. She played in Columbus, Georgia, and played with seniors despite only going into her junior season.

Playing against tougher and older opponents made her step her game up, and that’s translated well over into the school season.

Gilchrist mentioned to Stokes how much tougher it was and what she had to do to escape defenders and get a shot up. Her working on that all summer has changed her to be a better player.

“She saw a lot of stronger guards and more athletic guards this summer,” Stokes said. “With doing that, she changed her mindset. She was always a player who knew in her head she could score, but now she knows what she has to do to carry us this year. She’s worked on it this summer and she’s stepping up to the next level.”

While she has replaced the majority of the scoring absence, she isn’t the only player producing for the Lady Mustangs.

Rylee Williams has been actively scoring double digits, and Stokes describes her as the team’s “Draymond Green.” Jada McLeod is also pacing the team with double digit scoring, and Tamira Smalls has recorded two double-doubles this year already.

Welders Needed Looking for experience in MIG Welding and …