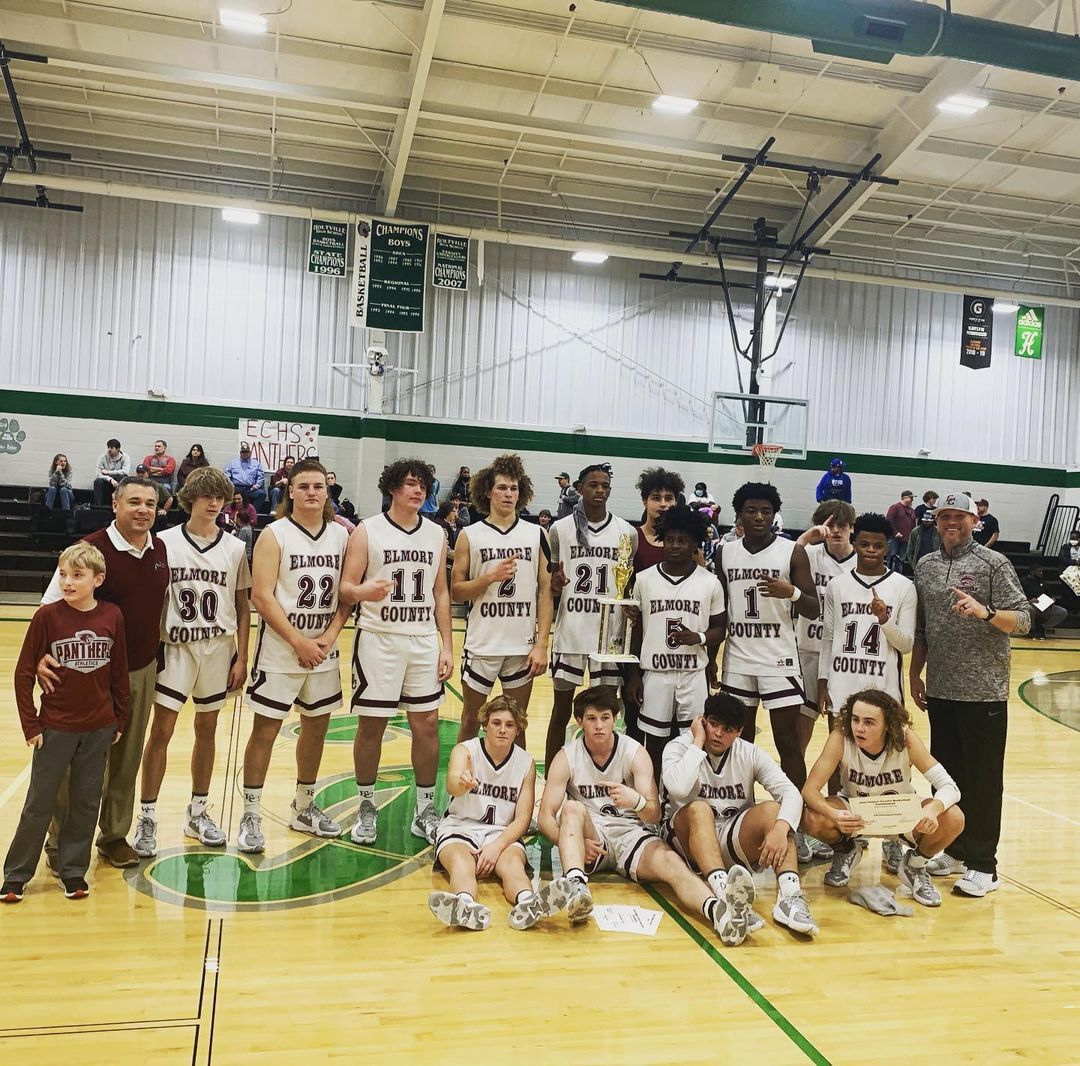 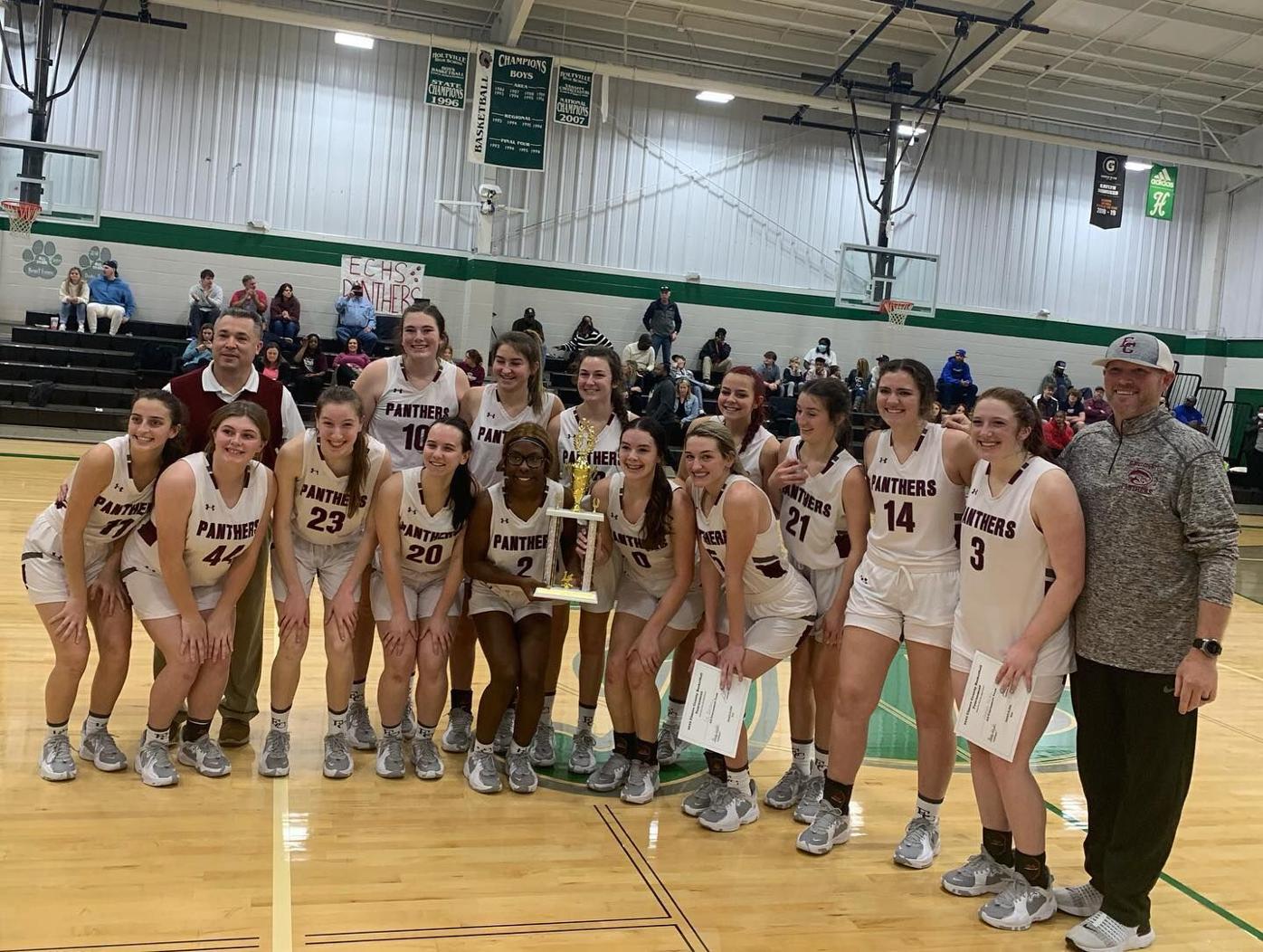 For the first time in school history, both Elmore County tournament champions reside in Eclectic.

Both the Elmore County boys and girls basketball teams won the Elmore County Basketball Tournament on Saturday afternoon. Both teams beat Stanhope Elmore in the championship game, and both were thrillers that came down to the wire.

The Elmore County boys beat Stanhope, 64-62. After Stanhope tied the game at 62 with 11 seconds left, junior guard Garrett Allen dribbled down the court, passed the ball, then got the ball back and hit a buzzer-beating game-winner.

In the girls game, Elmore County beat Stanhope, 46-44. With a tie game dwindling down to the end, senior Seanna O’Daniel was fouled late. She went to the free throw line and hit both attempts to put the Lady Panthers up by two points.

Head coach Rodney Taylor said it is the first time in school history that both teams won the tournament on the same day.

“Both teams just played unbelievably well with each other,” Taylor said. “It was almost identical how the games finished. The kids just persevered and played so hard. They did what they had to do to win. I’ve been doing this for almost 30 years now, and it was probably one of the most special days I’ve had in coaching.”

The tournament championship wins over Stanhope come just a few weeks after both Elmore County teams were blown out by the Mustangs. On Dec. 2, the Stanhope girls beat Elmore County, 57-33, while the Stanhope boys won, 76-55.

Taylor has used both of those losses as a point of emphasis this season. Since that loss, the girl’s team has reeled off seven consecutive wins while the boys have won six of their eight games since.

Despite losing those games by 20+ points, Taylor didn’t think his teams were 20 points worse than Stanhope. They proved that they weren’t on Saturday.

In the girl’s game, Taylor was able to take advantage of a few mismatches his team had, especially at the guard position. Taylor put sophomore Kyasia Brown in the game, and her speed and quickness gave Stanhope issues.

Another one of the mismatches was sophomore Emily Mason, who also ran the point.

“Going into both games, I’m not going to sit here and say I knew we were going to win them both, but I felt like we had an opportunity to win,” Taylor said. “With the way both teams played and executed and made the plays they needed to make when they made them, it made for a great day.”

Going forward, both teams jump right back into area play this week. Elmore County hits the road for another matchup with Holtville on Thursday at Holtville, then they play Marbury on Friday and Tuesday.

The Elmore County girls, which are 9-3 and 2-0 in area play, played and beat Holtville on Friday night in a non-area game. They’ve already beaten area opponent Jemison twice, both before Christmas, to take an early area lead in the standings.

The boys team are not far behind and currently have a 9-4 record and a 2-0 record in area play. They also beat Jemison twice already this year, and they beat Holtville in a close game in the first round of the county tournament.

“If we can continue playing like we are playing, both teams, we have a good opportunity to take care of business in these next three games and wrap up hosting the area before we even play Holtville again on Jan. 31,” Taylor said. “Winning those games and hosting the area tournament is our total focus right now.”