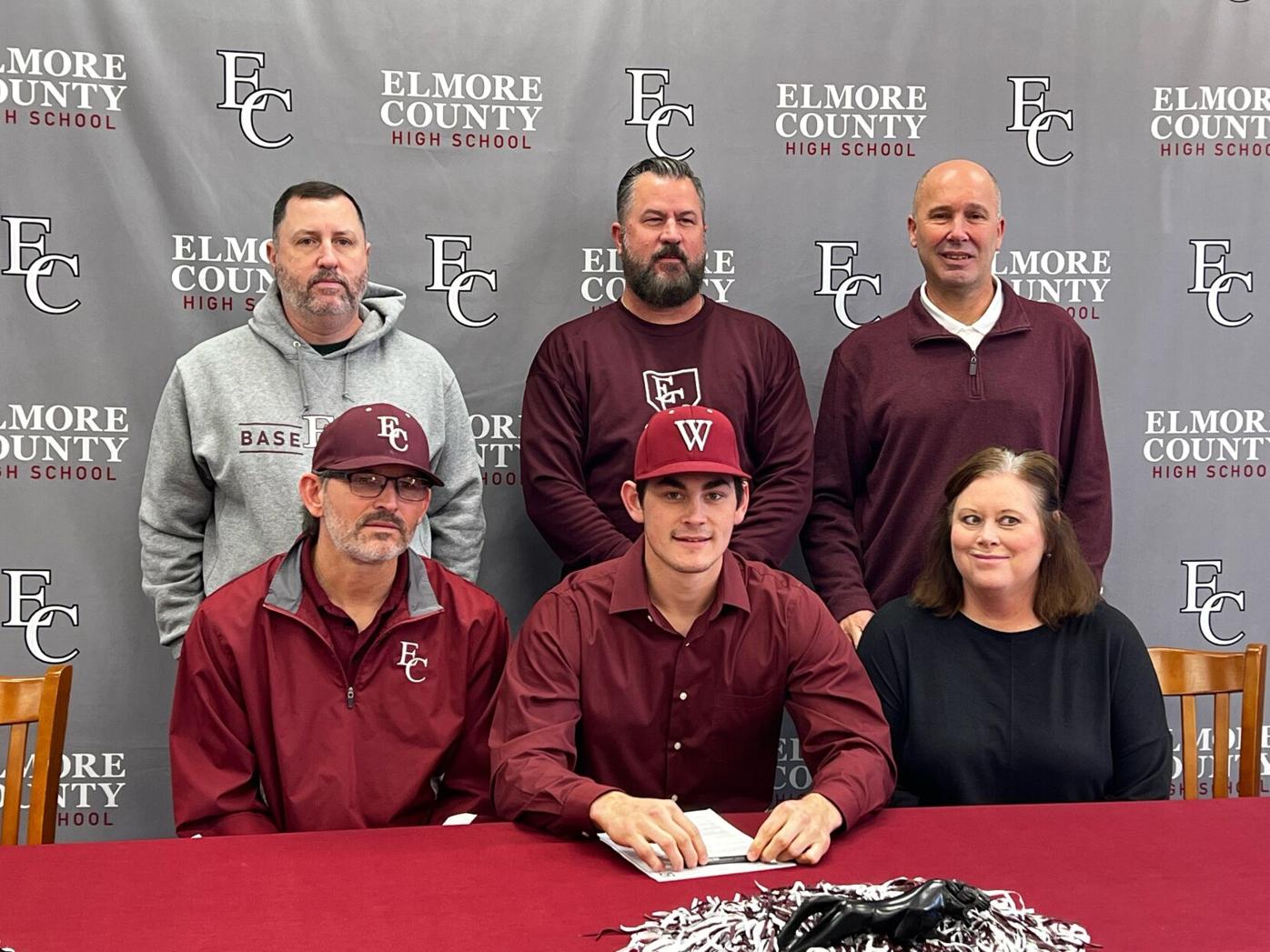 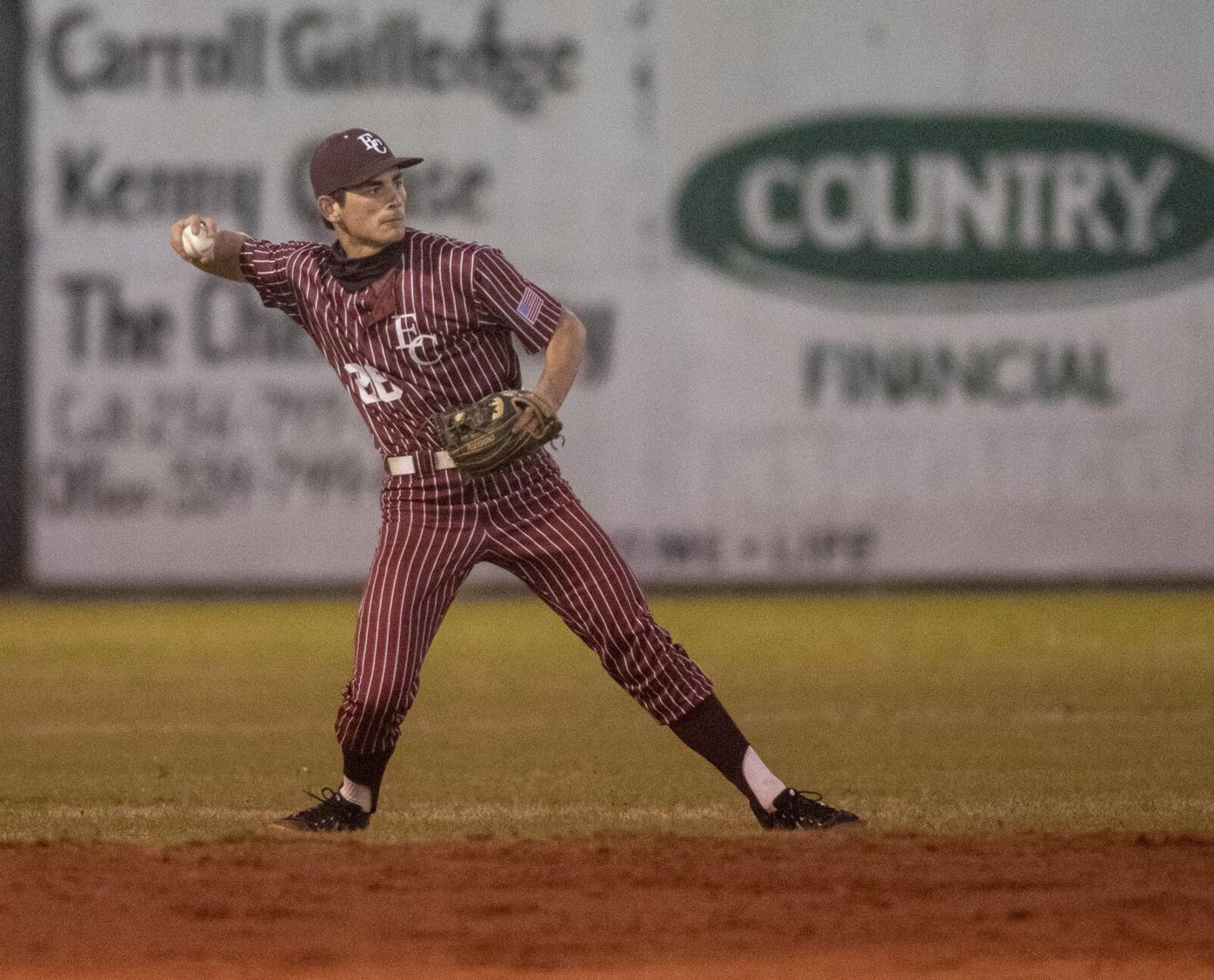 Sean Darnell’s journey to playing college baseball has been a long one, but the Elmore County star has finally accomplished that goal.

Darnell, who was the 2021 Elmore County Baseball Player of the Year, signed his National Letter of Intent on Friday morning to play college baseball with Wallace Community College-Dothan.

“This has been such a big journey to get where I am now,” Darnell said of signing. “There’s so many people that have contributed and helped along the way, and this is just a celebration for me and my family and everyone who has supported me. To be given a chance to play college baseball is big.”

Darnell first came into contact with Wallace CC-Dothan this fall when his travel ball coach, Nick Singleton, referred him to a private workout on campus with a few other kids.

Darnell went and worked out and took ground balls to show the team what he can do. A few weeks later, his travel ball team scrimmaged the college team. The following week, coach Mackey Sasser offered him.

He took his time before committing and weighed his different options, but eventually committed to play for Sasser the week before Thanksgiving. Wallace CC was always at the top of his list, but he didn’t want to move to fast and made sure to think about everything.

“I thought they gave me the best opportunity to further my baseball career,” Darnell said of Wallace CC. “They have a great baseball legacy there. They have a wonderful organization and team. I love the coaches. I think it’s just a great fit for me and my next opportunity for me.”

Wallace CC-Dothan has had quite the baseball program under Sasser.

Under Sasser, Wallace-Dothan has won 779 games since the 1997-1998 baseball season, and they’ve found plenty of success over the years. The Govs have won six conference championships, and won one as recently as last season.

Last season, the Govs went 39-19 overall with a 24-8 conference record before winning the conference championship and finishing as region runner-up.

That success played a large role in Darnell choosing the Govs.

When Darnell gets to Dothan, he will continue to serve in a multitude of roles like he has at the high school level. He said when being recruited, he was told he would be expected to play third base and shortstop and then he would also have the chance to pitch some.

He found plenty of success playing in the field and on the mound in high school, especially as a junior last year.

Last season, Darnell led the Elmore County Panthers in every hitting category on the team. He had a whopping .545 batting average and .605 on base percentage while recording 55 hits, 30 RBIs and scoring 29 runs.

He added 12 doubles and 3 triples.

He found plenty of success on the mound as well. Serving as the team’s No. 2 pitching option, he finished the year with only a 2-3 record but had a 2.58 earned run average in 38 innings of work.

He allowed earned runs in only four of his nine starts, and he recorded 39 strikeouts on the year.

Darnell will bring that talent to Dothan in a year’s time, but he doesn’t just bring a high batting average and low ERA. He also hangs his hat on being a team leader, and hopes he can bring that to the next level as well.

“I think I’m able to do everything,” Darnell said. “I’m technically a utility player, but I’m willing to do anything. I think I have a big responsibility as a pitcher and a hitter. The team relies on me to succeed both on the mound and at the plate. I try to be a leader for everybody else and hold the leadership role. I want to influence everybody to work their hardest and do their best.”