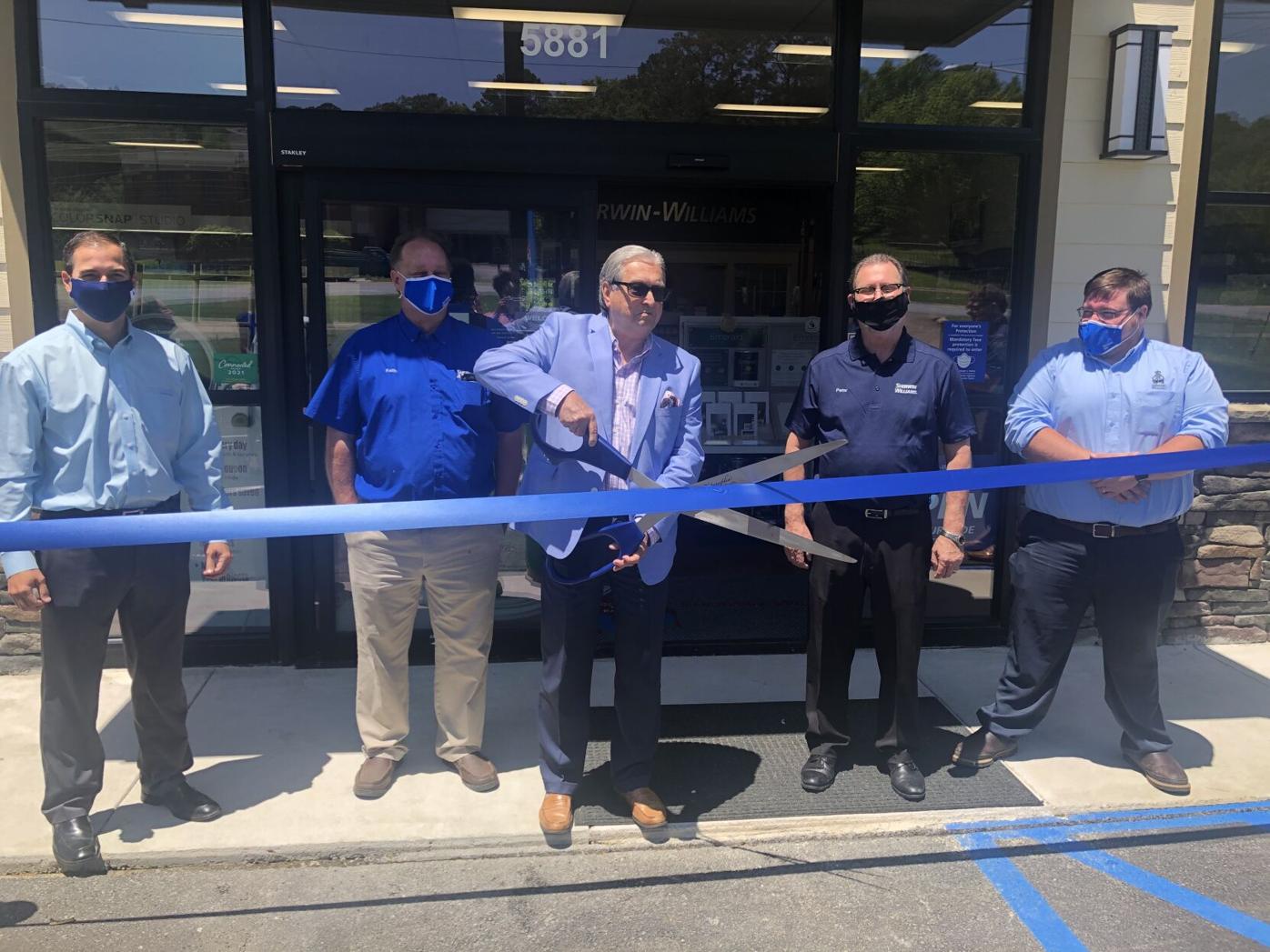 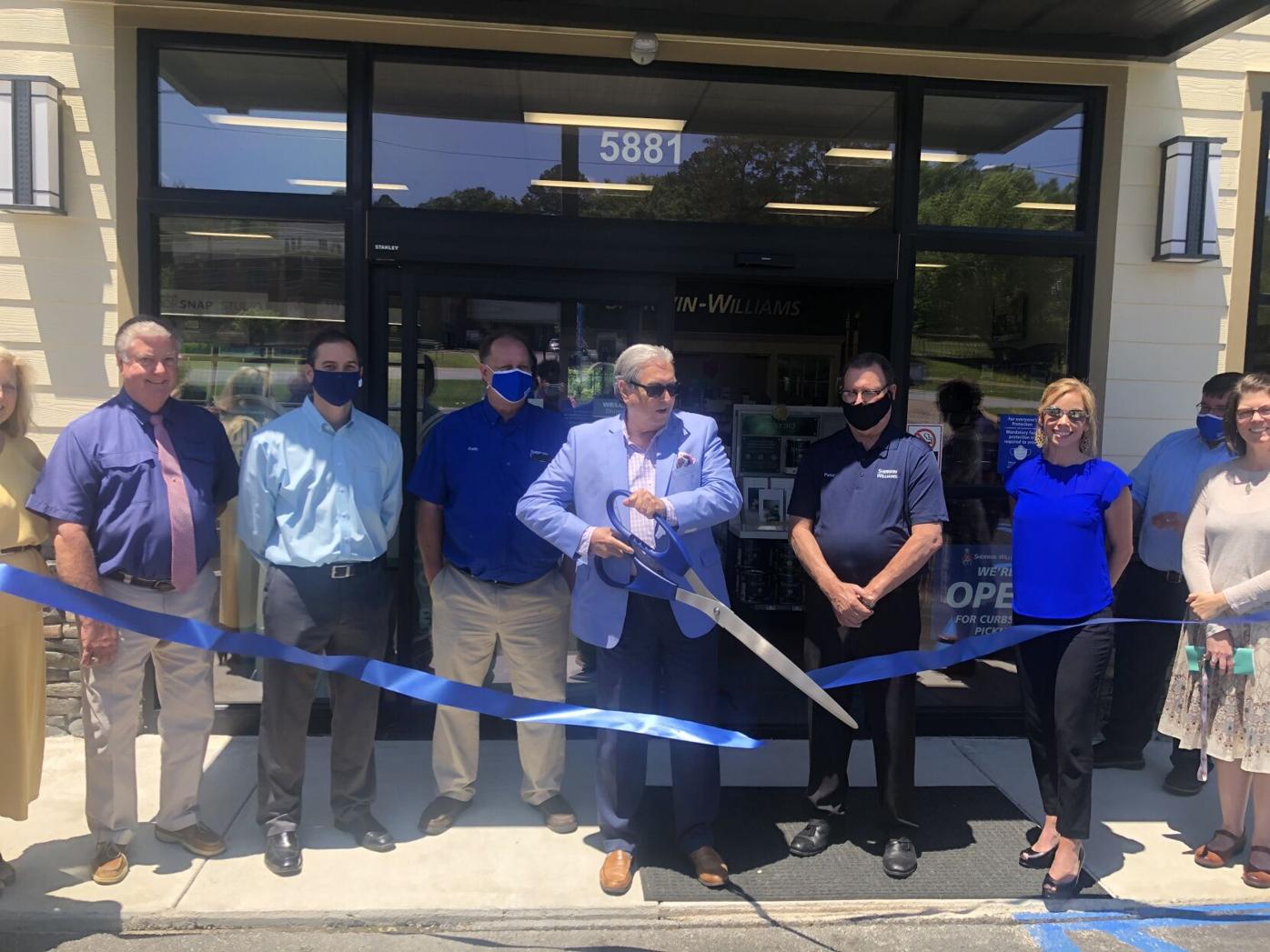 A ribbon cutting, hosted by the Wetumpka Area Chamber of Commerce, was held on Thursday, May 13, to officially welcome Sherwin Williams to the city of Wetumpka.

As Mayor Jerry Willis stood in front of the building preparing to cut the ribbon, he expressed his excitement about the company choosing to locate in Wetumpka.

“We are happy to have you in Wetumpka,” Willis said. “This is another way we can stop business from going south. Make sure you all come in and do business with them.”

“The company saw a need for a store over here, and on top of that, there were a lot of requests for a store here for quite some time,” Stringer said.

Although the ribbon cutting was just held, the store has been open since February. Sherwin Williams is located at 5881 U.S. 231.

“We hit the ground running and business has been tremendous,” Stringer said. “The community has been very welcoming. So many people have been telling us they’re glad we’re finally here.”

Stringer said there are four employees at the store, including him.

“There’s almost 50 years of experience in the paint business between Keith Henley, the assistant manager, and myself,” Stringer said. “There aren’t many situations we haven’t seen.”

The other two part-time employees are Tyauna Ferguson and Andy Baker.

The business was originally set to open in early to mid-2020, but that timeline got pushed back due to COVID-19. Once the ball got rolling, the existing building was torn down and a new facility was constructed.