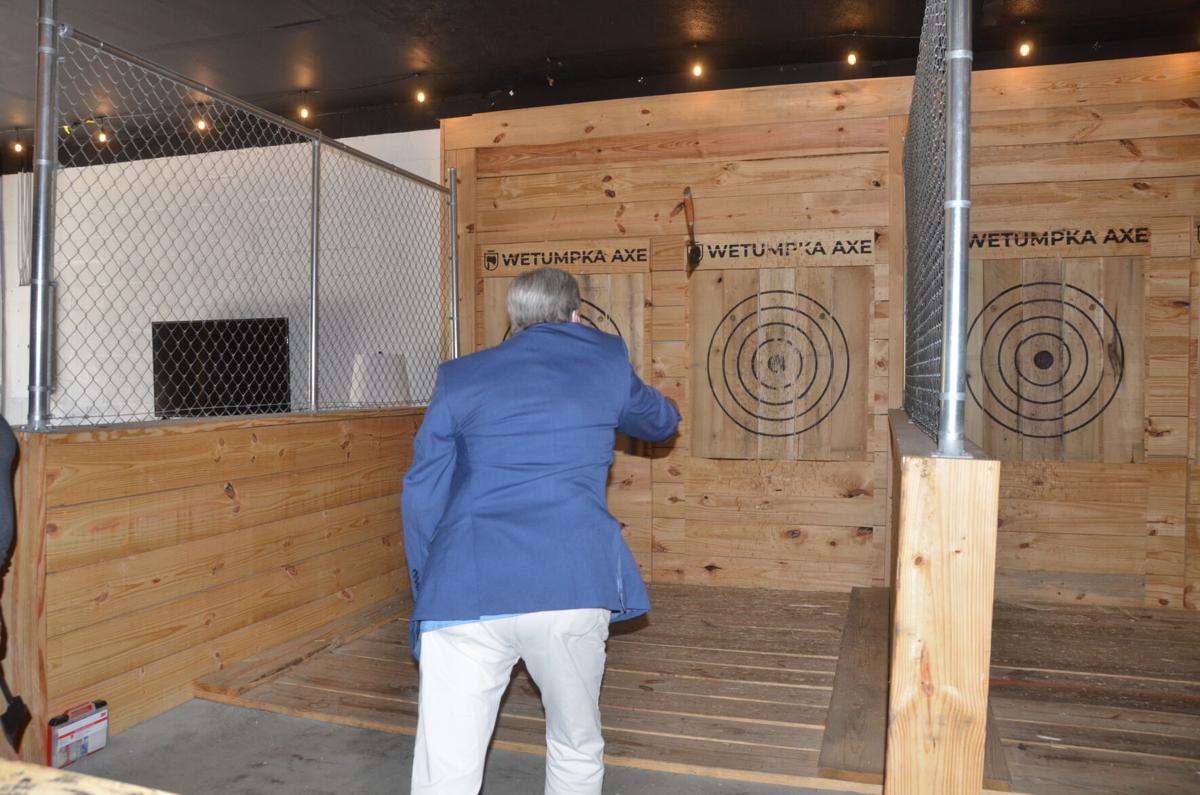 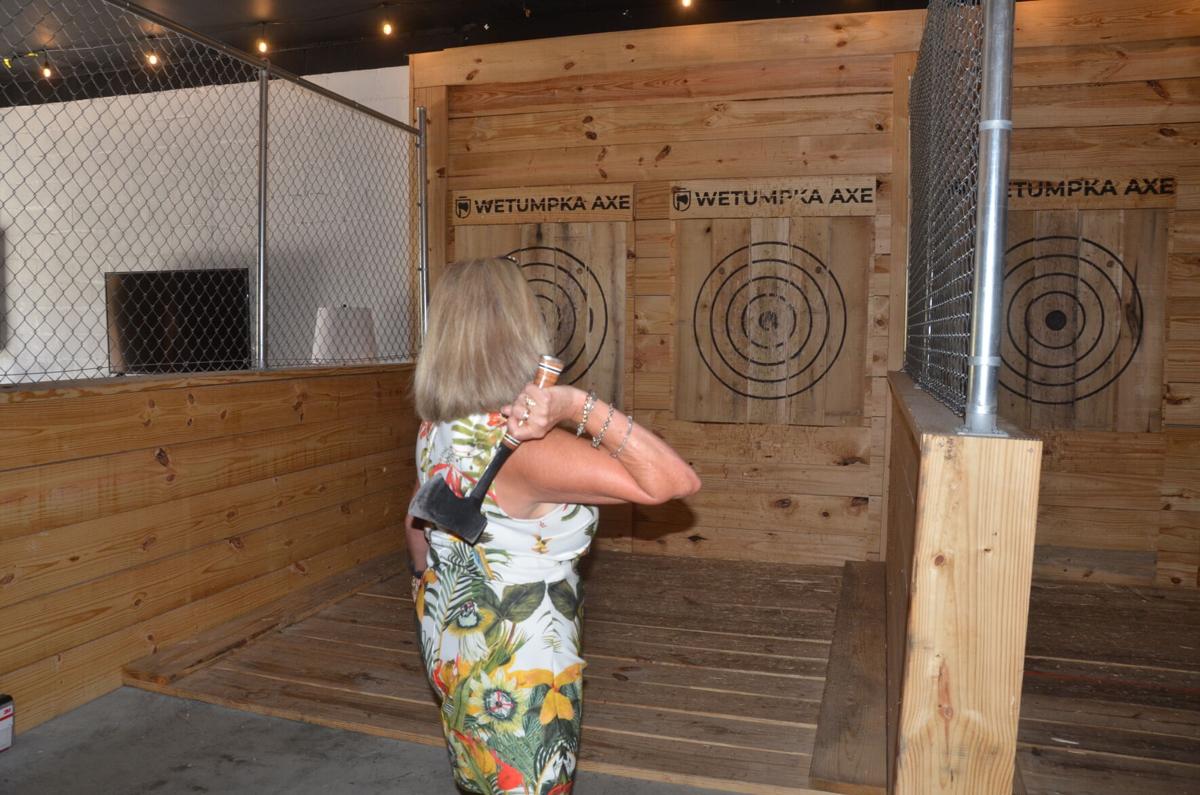 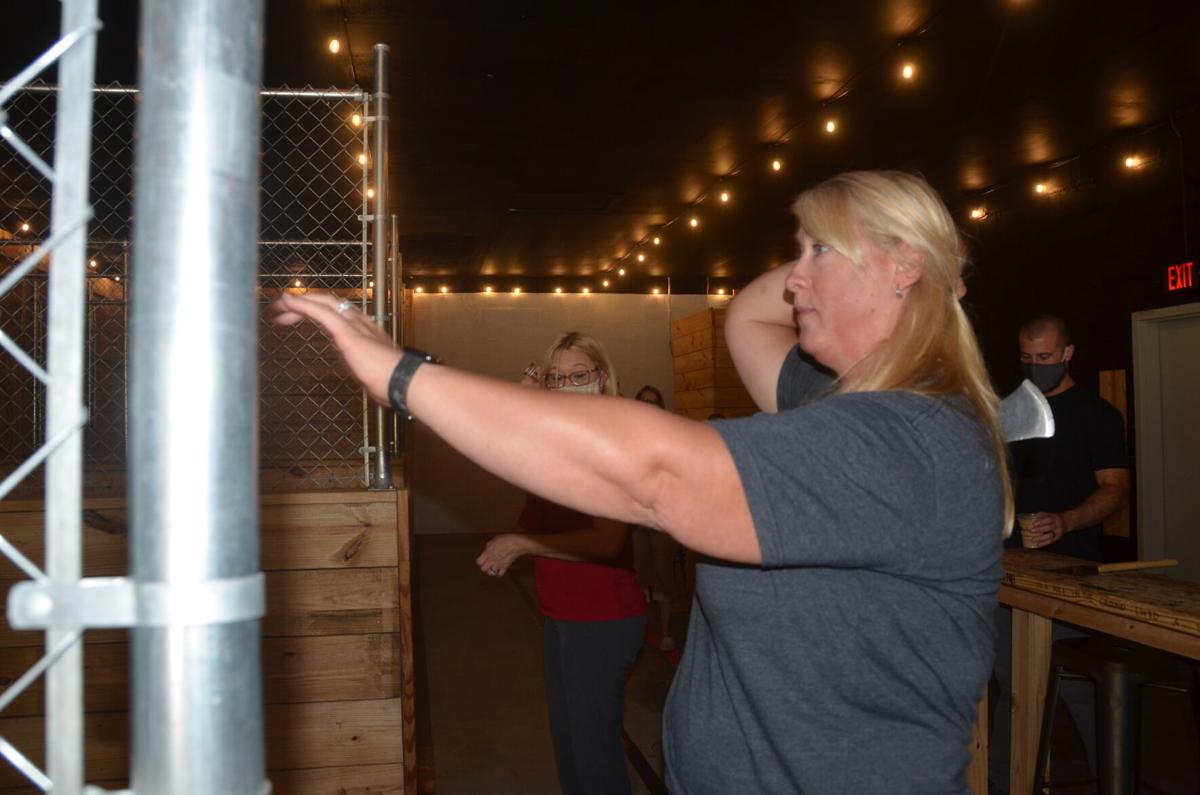 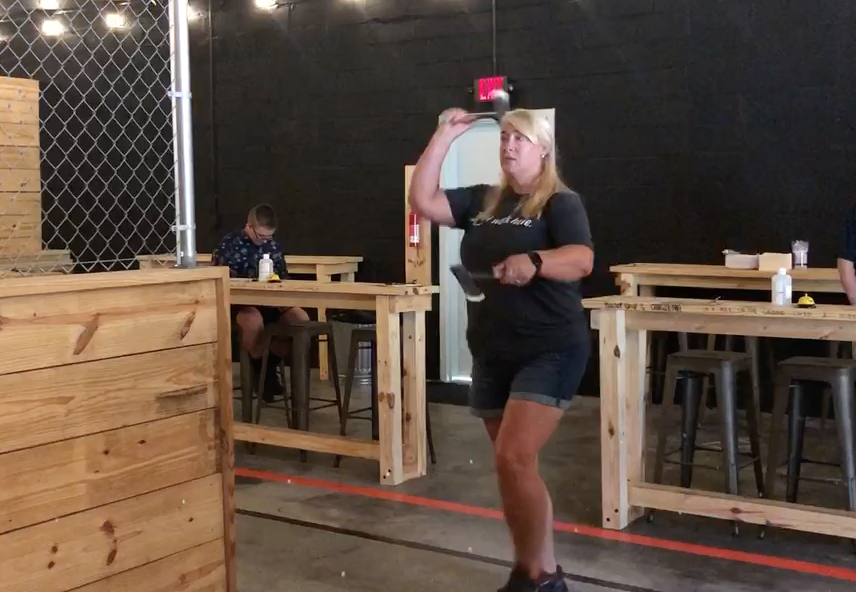 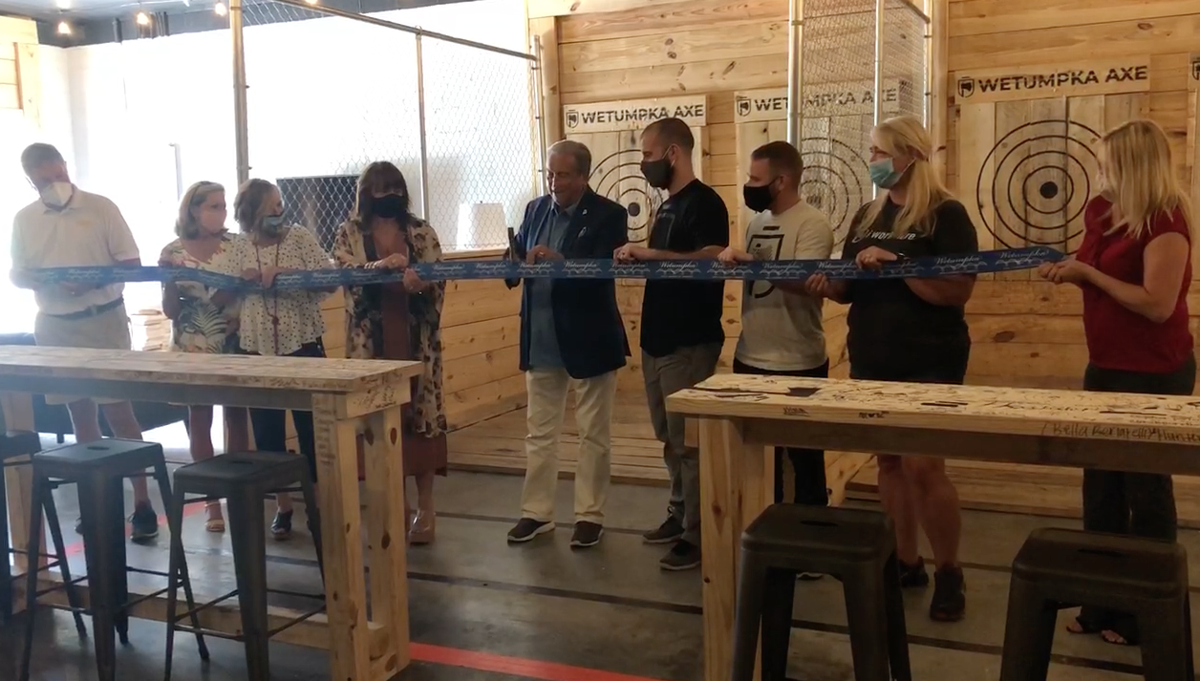 A ribbon cutting was held on Thursday for one of Wetumpka’s newest businesses, Wetumpka Axe.

Instead of using the traditional oversized scissors to cut the ceremonial ribbon, Wetumpka Mayor Jerry Willis wielded an axe.

“I’ve cut a lot of ribbons but I’ve never done it with this,” Willis said before cutting the ribbon.

The axe throwing business opened on Feb. 13 and enjoyed a few successful weeks of operation before COVID-19 temporarily forced its doors shut, said co-owner John Dobbs. The business’s grand opening was also delayed because of the virus.

Dobbs owns the business in partnership with Charles Sanderson and Pat Milliner. The trio also own axe-throwing businesses in Prattville and Columbus, Georgia.

“We picked Wetumpka because we wanted to bring something new to one of the cities in area,” Dobbs said. “Wetumpka doesn’t have anything else like this and we thought this city would be a good place to try it out.”

Facility manager Tracie Cheeley said the business strives to provide a welcoming family environment for its customers. Guests are allowed to bring food and beverages into the business, which is open on Thursdays from 5 to 10 p.m., Fridays from 5 to 11 p.m. and Saturdays from noon to 11 p.m.

To accommodate guests during COVID-19, Cheeley said the business is willing to open outside of its normal business hours for groups of four or more. The only requirement is at least a 24-hour notice.

“We’re trying really hard to accommodate people during COVID,” Cheeley said. “The cost would be the normal price of $20 per person.”

During the event Willis encouraged the business to keep persevering.

“We appreciate you guys choosing Wetumpka and I know it’s been a rough hill to climb,” Willis said. “You developed this fantastic business, got started and then the virus came and it has affected everything. We appreciate you hanging on and we hope you have great success.”

Willis added that more businesses are in the pipeline for downtown Wetumpka.

“Wetumpka is blessed to have so much going on and there are things still trying to come as we speak,” he said. “There are four or five more businesses interested in opening in downtown Wetumpka and we’re just being blessed right now.”

Wetumpka Axe is located at 191 Spring Street, next to Coaches Corner. Walk-ins are welcomed, but guests can also reserve their spot via online booking. The facility is available for rental.

For more information, go to WetumpkaAxe.com.