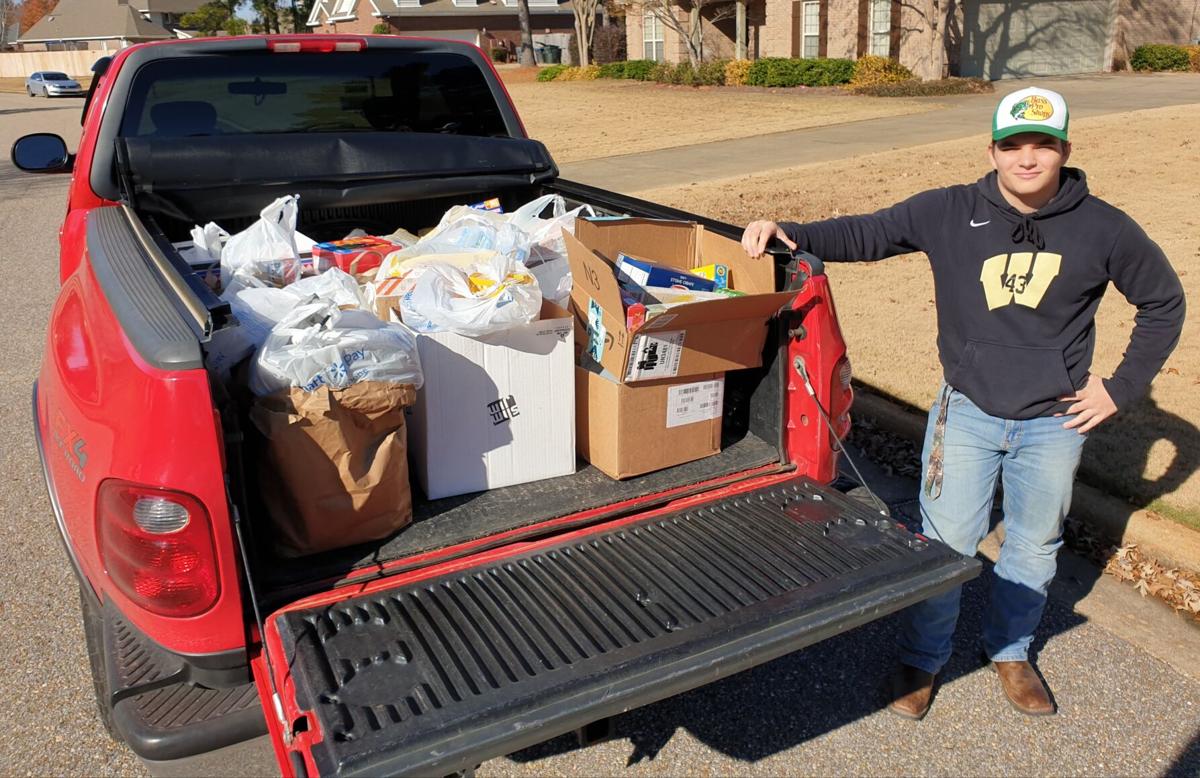 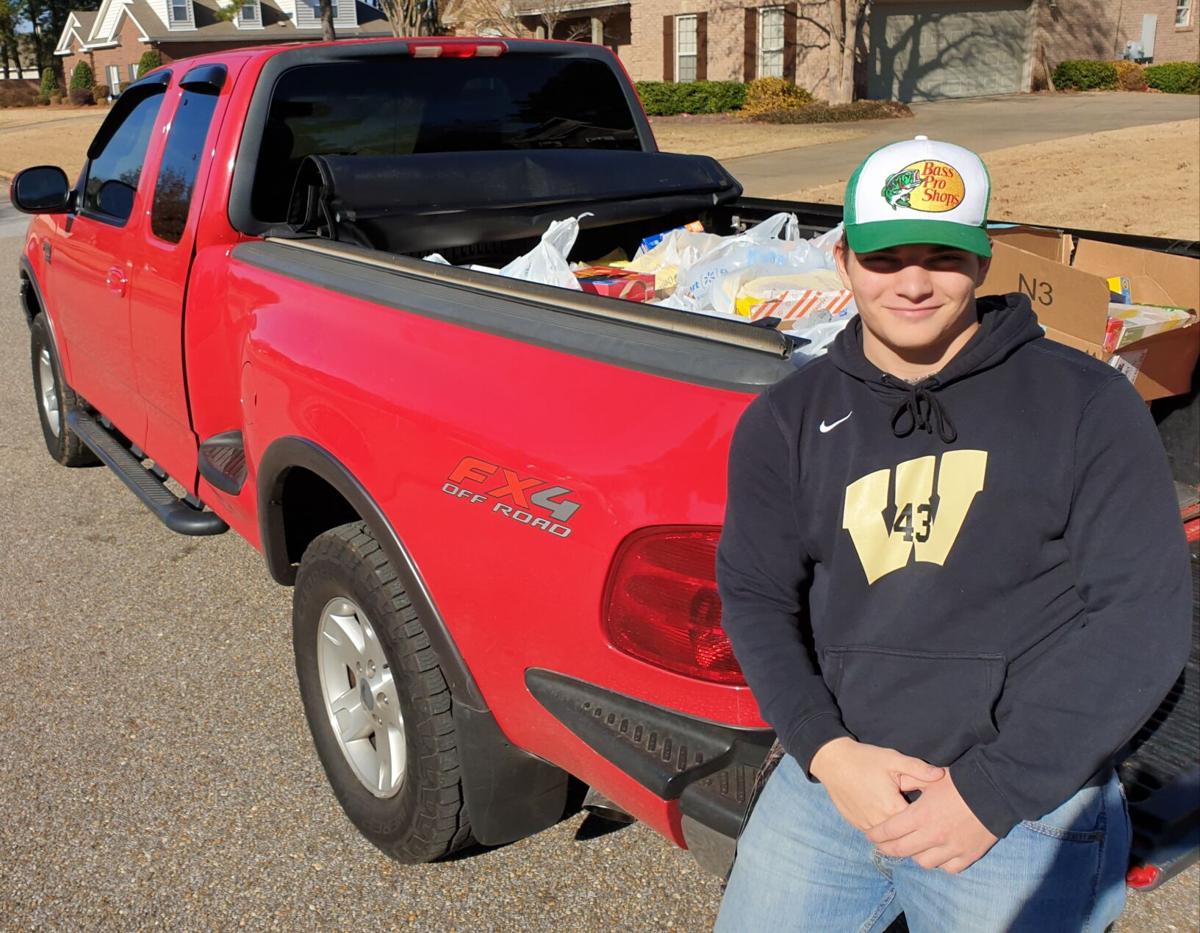 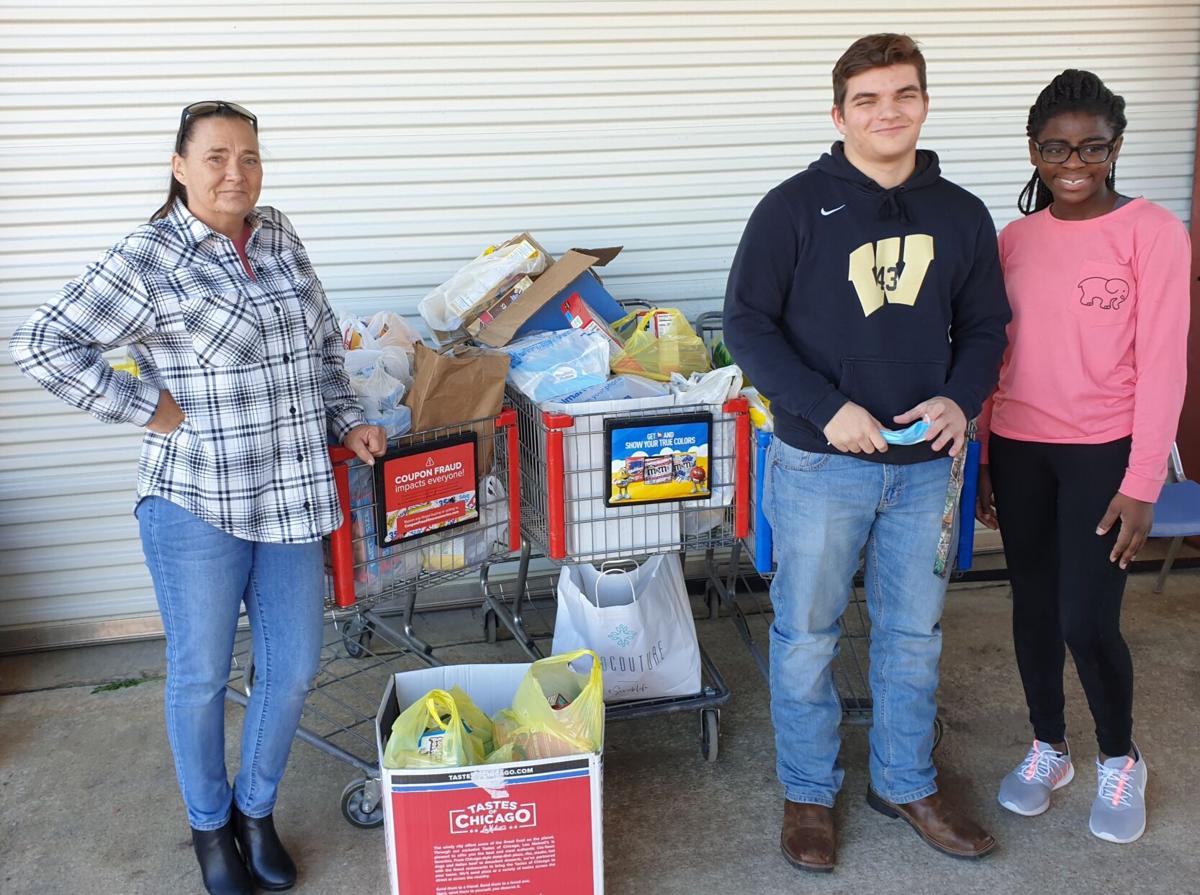 Hunter Schmick poses with the volunteers from the food bank while delivering donations. Submitted 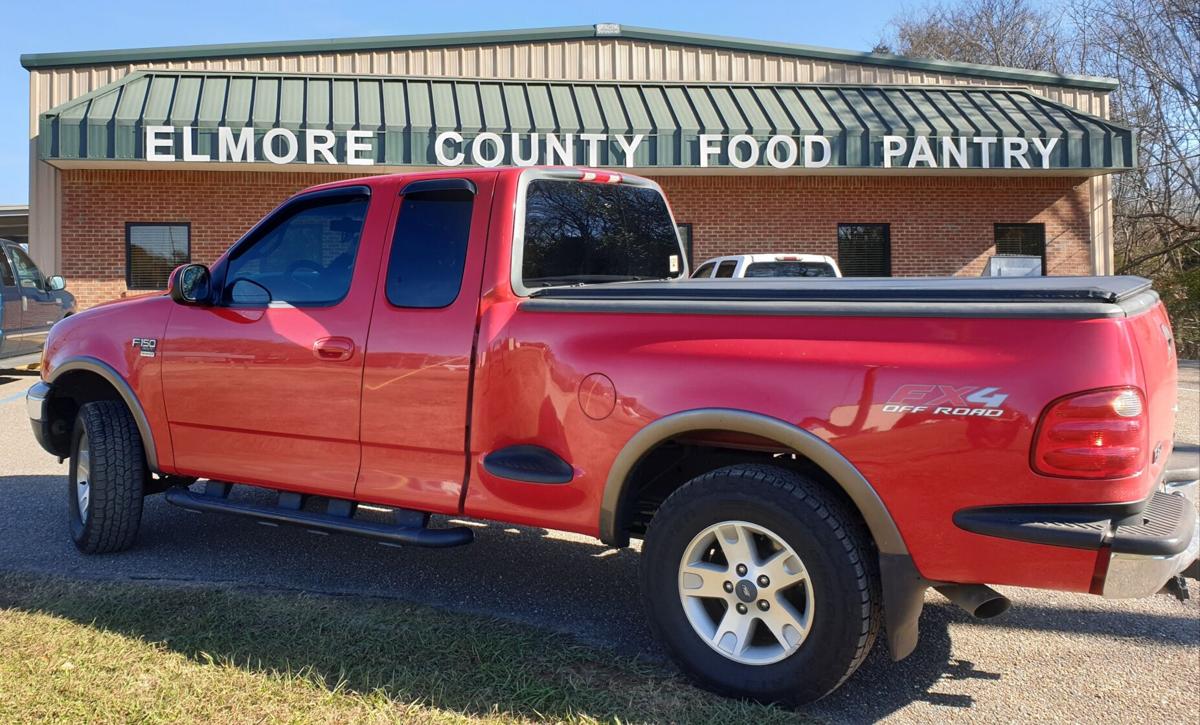 Ole Red pulls up to the food pantry. Submitted

Hunter Schmick poses with the volunteers from the food bank while delivering donations. Submitted

Ole Red pulls up to the food pantry. Submitted

Hunter Schmick is no stranger to selfless service.

His father has served in the active Army for almost 30 years and Schmick arrived at Wetumpka High School because of his father’s assignment to serve as the Army’s Senior Representative to the Air War College.

He said he has enjoyed life as a Wetumpka resident. He is an active member of the JROTC and a middle linebacker on the varsity football team. So, when he heard the Elmore County Food Pantry was critically short of food for the holiday season, he knew he could make a difference.

Schmick said he understood that COVID-19 had impacted his neighbors more than any other event in his life.

With thousands of hard working people unable to work or struggling to find a job in this pandemic, the number of people relying on the food pantry and other assistance agencies has significantly increased. The pantry’s food shortage is compounded by the fact that many of the people who were once donors and volunteers are no longer in a position to do so.

Schmick decided he could bridge the gap between the need and the ability to donate using a very “Gen Z” solution. He used social media to reach out to people to arrange porch pickups to collect their donations. All people had to do was contact him, set their food on the front porch and he would pick it up.

However, the teen had one problem. He knew almost none of his adult neighbors frequented the same social media platforms he did; he realized he would be forced to join Facebook. He said his parents laughed as they helped him learn the ins and outs and join the neighborhood Facebook page.

After he posted the announcement in his neighborhood group, the project took off. Dozens of his neighbors in the Redland community sent him messages and shared his post with others. Everyday he would map out his route, coordinate with people and go collect items for the pantry.

In less than one week he had enough food to fill the back of his Ford truck “Ole Red.” However, he decided he could do more and spent his own money to buy even more food including much-needed cereal.

“It feels really good to do something to help people during COVID,” he said.

In the end, Schmick collected over 1,000 food items for the Elmore Country Food Pantry.

Schmick’s father, Glenn Schmick, said his son’s actions further demonstrate that his generation is willing and capable of carrying on the American tradition of neighbors helping neighbors.