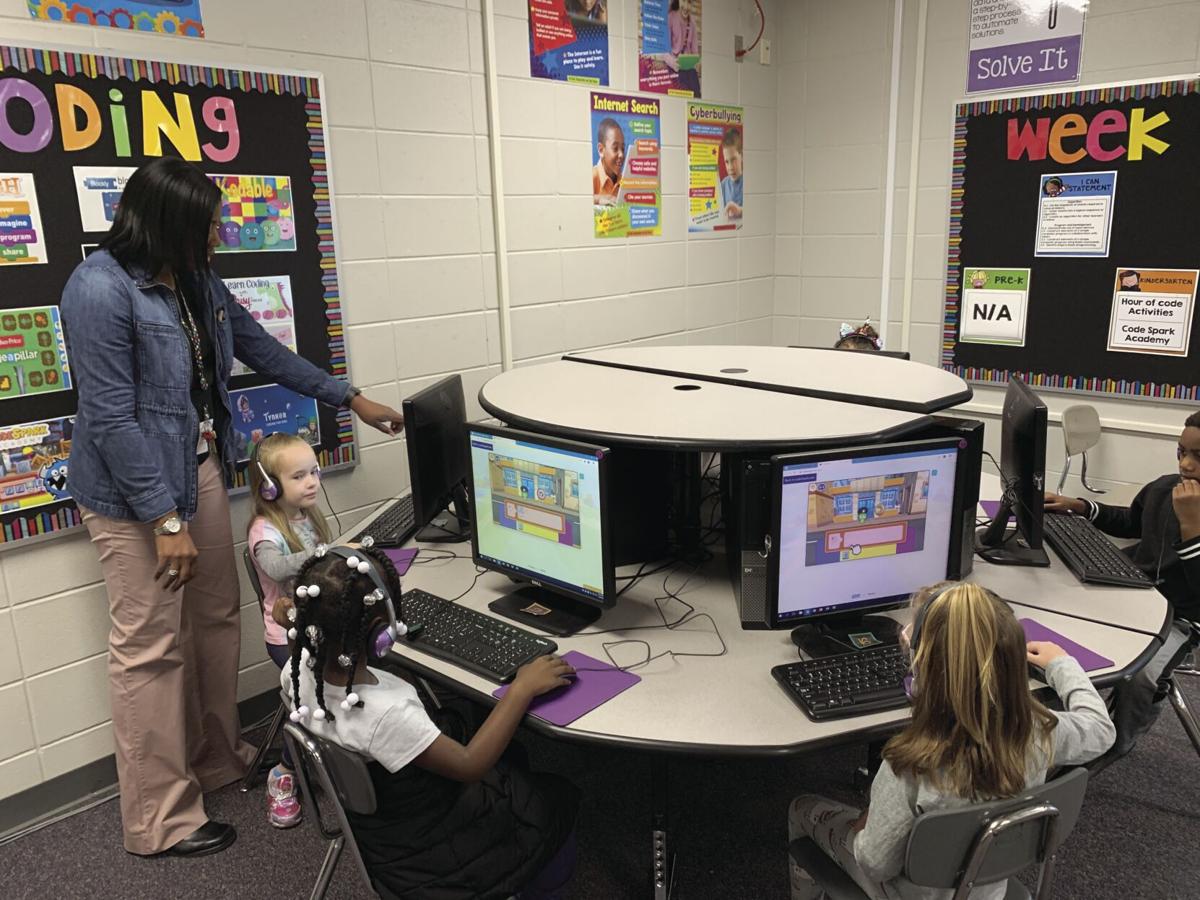 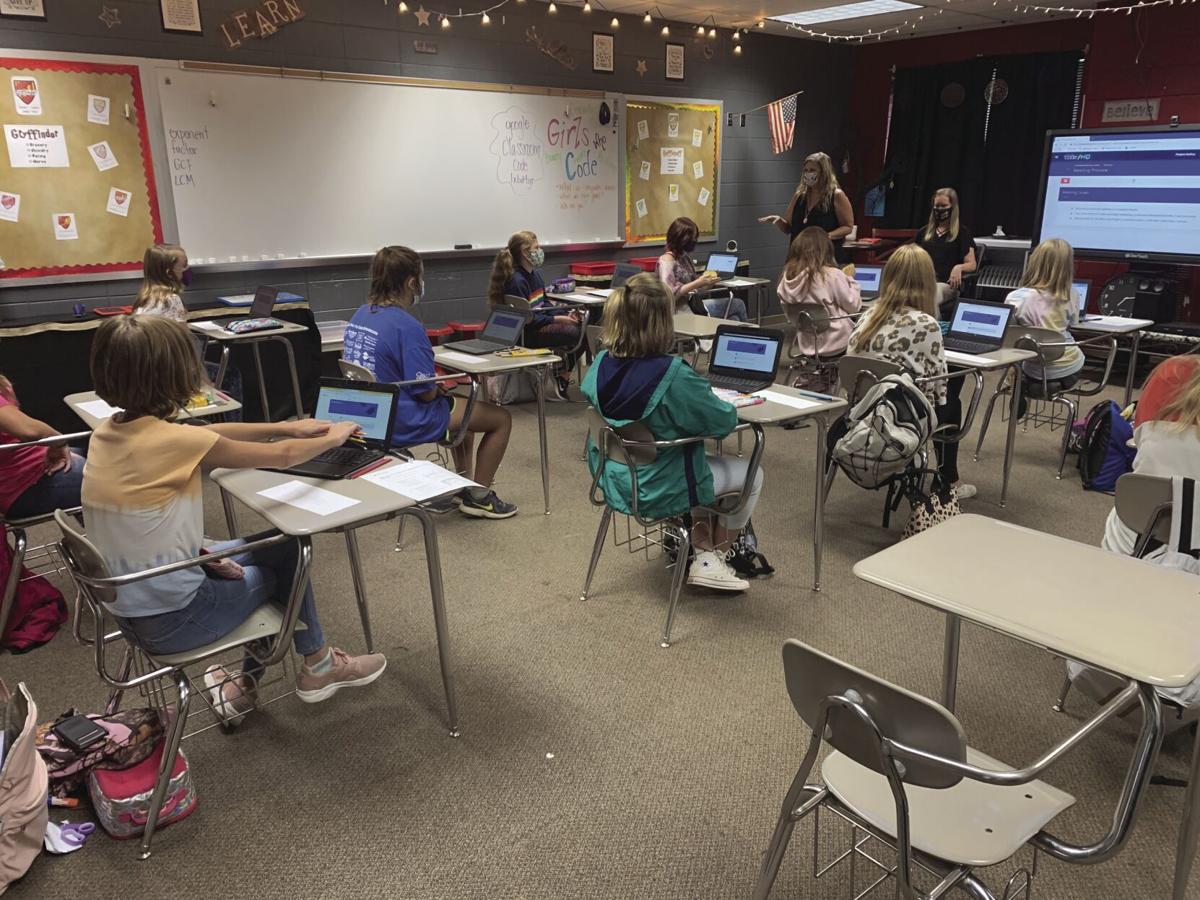 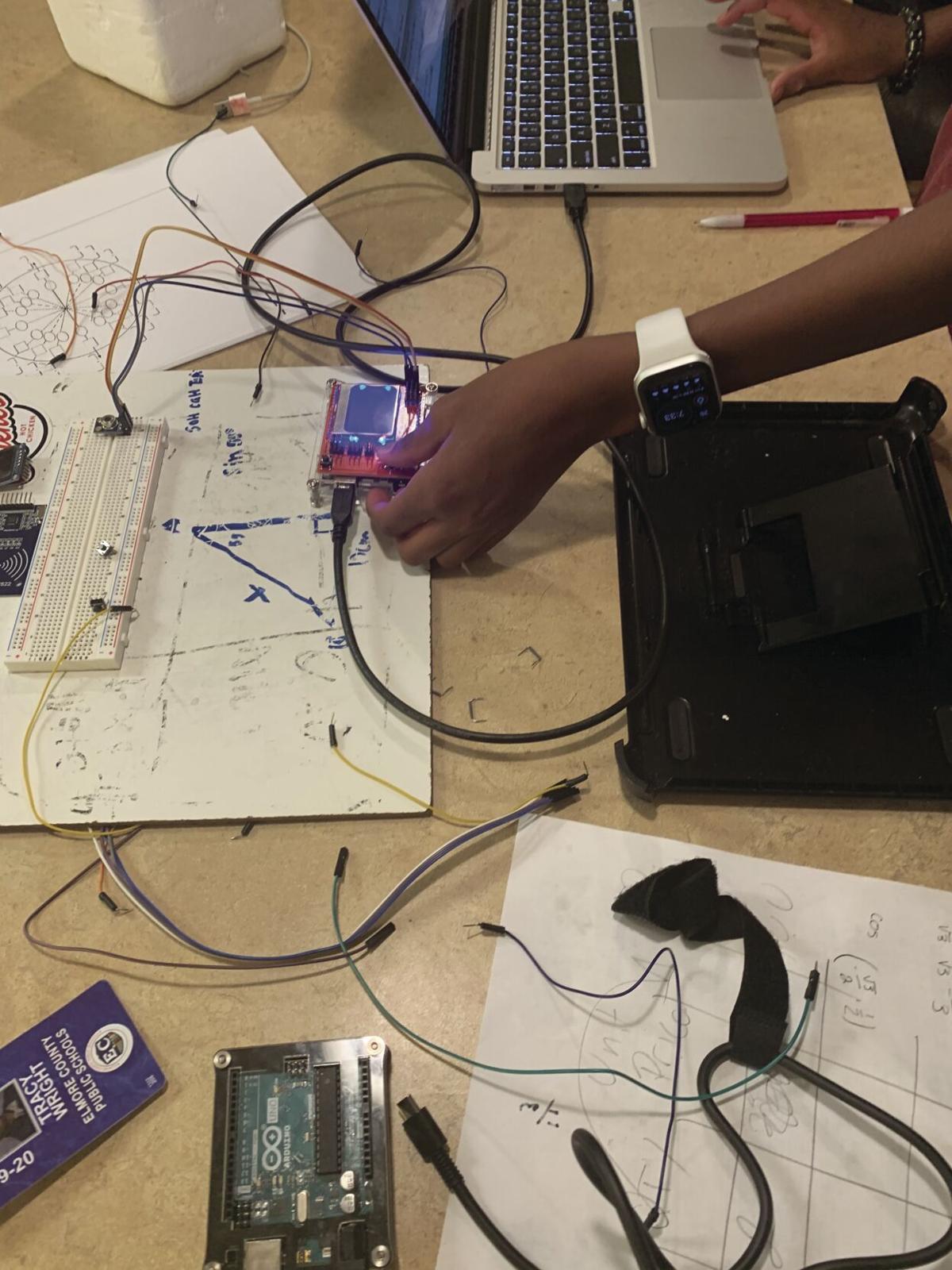 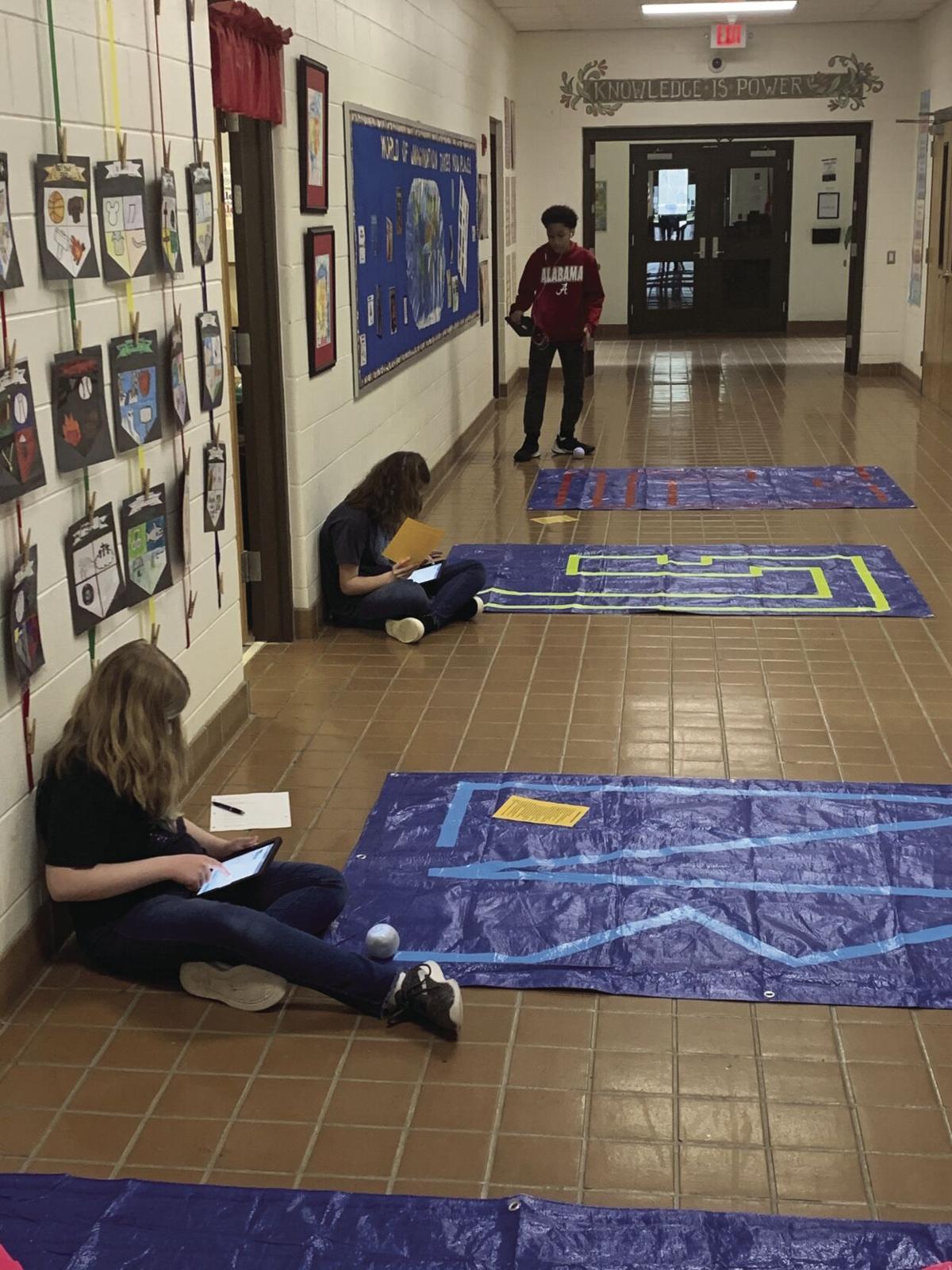 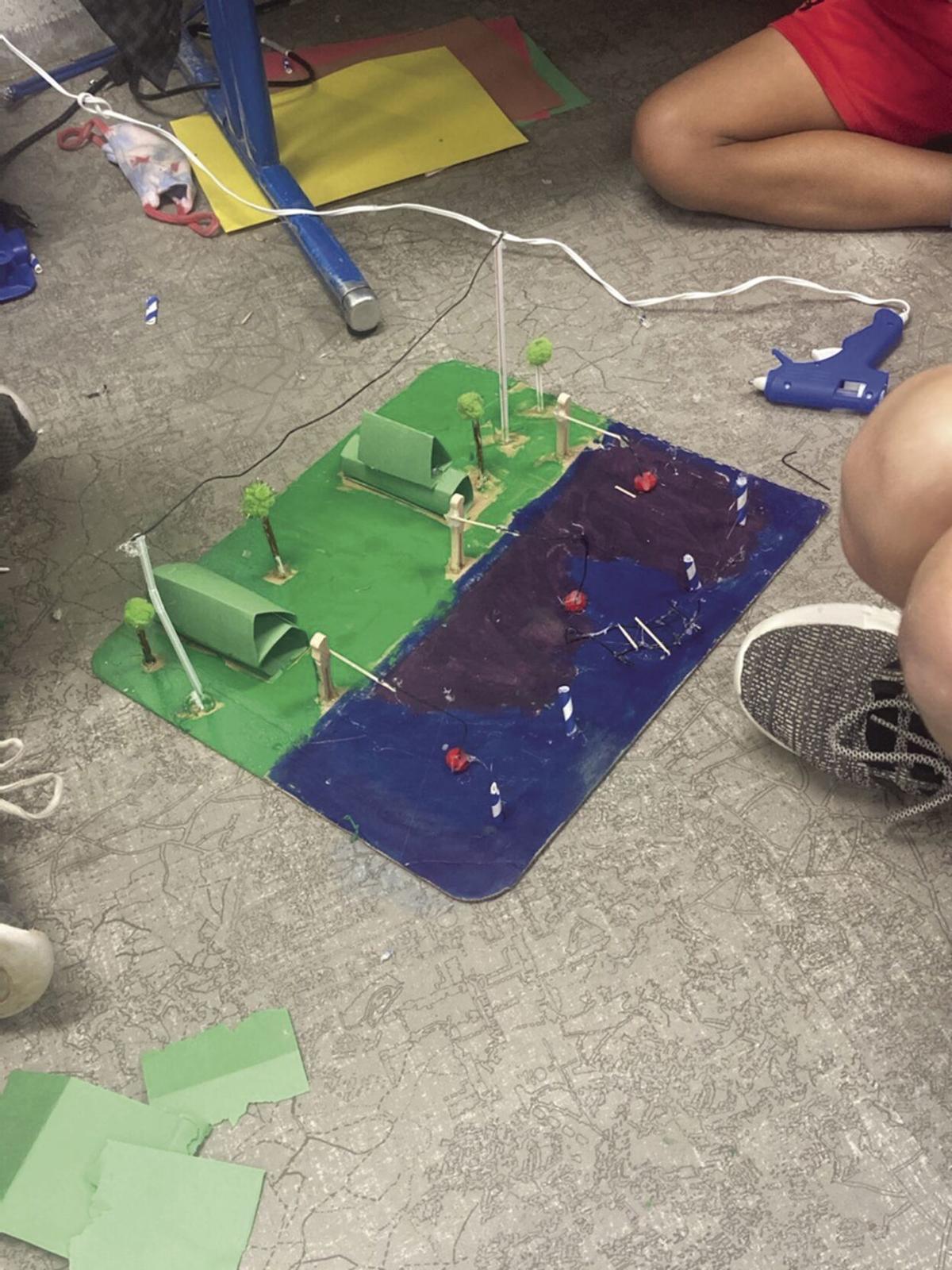 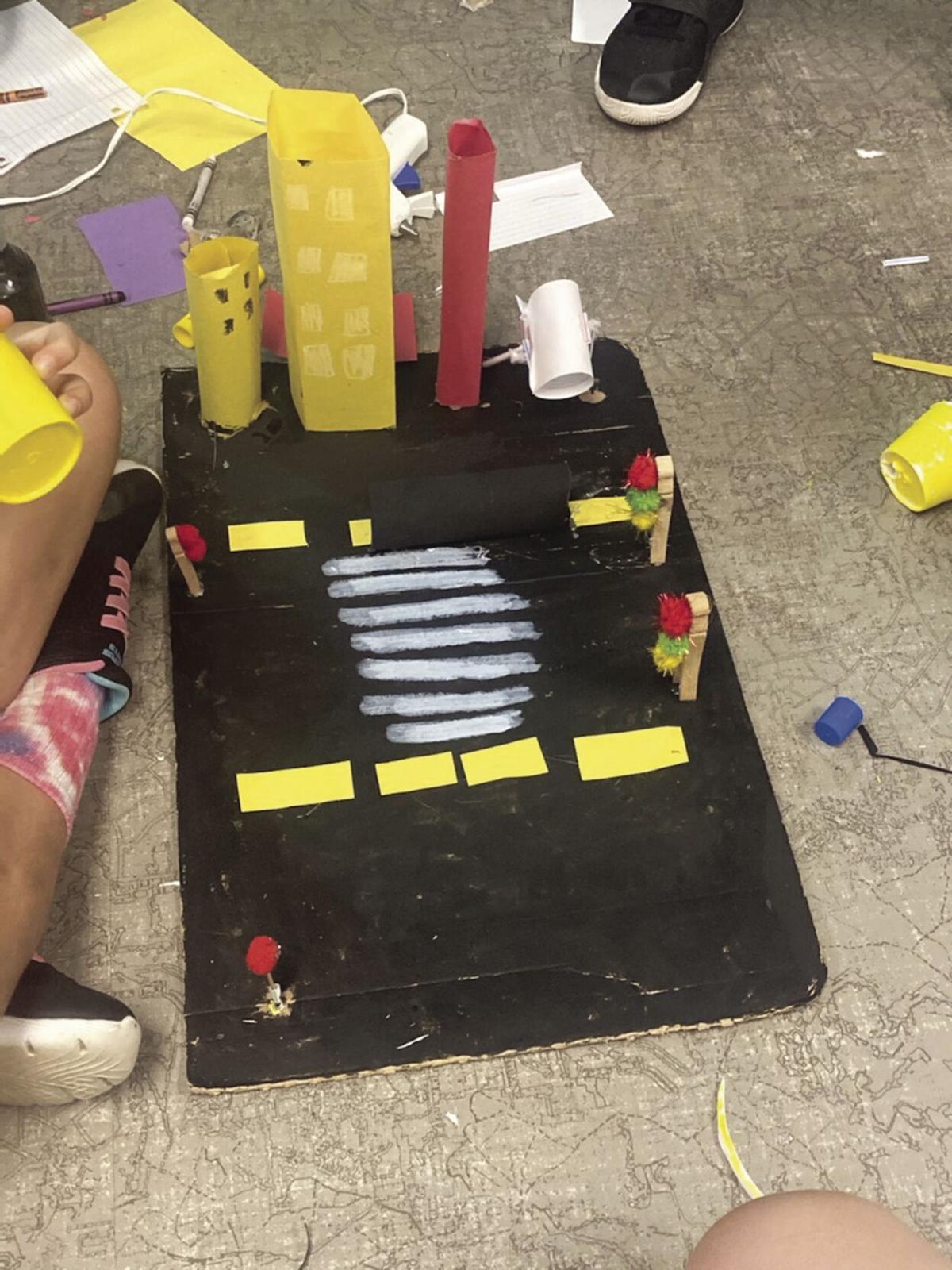 STEM director Tracy Wright is busy working behind the scenes alongside other educators to help STEM become engrained in the educational foundation of students. Wright has made it his mission to help provide more opportunities to students interested in STEM and to introduce it to more students.

Wright said STEM education encourages students to think critically through communication, collaboration and cooperation with one another. Students are often presented with a problem or a task and are asked to create and test a solution.

Wright said robotics clubs, teams and/or classes are available to students in second through 12th grade at every school in the district. And the school district recently secured a total of $23,000 in grants to help fund competitive robotics programs in schools. Through competitive teams, students compete at the county, regional, state and national level.

With companies like Boeing and Blue Origin located in Alabama, Wright said producing more young adults who decide to pursue a career in STEM is essential for the future of the state’s economy.

“Right now, businesses are bringing in people from outside of the state to fill STEM jobs because we just don’t have the workforce to support the demand,” he said. “It’s important for us to start growing in the area of STEM.”

Wright said the school system is in the process of training elementary teachers on how to create and incorporate STEM lessons into the classroom.

“There’s a lot of anxiety and fear of the unknown when it comes to incorporating STEM into the classroom,” Wright said. “But we believe that if we provide training and teach them how to do it themselves, there will be more buy-in.”

At the elementary level, the Civil Air Patrol’s STEM Kit program is available to students. The program centers on aeronautics and provides resources hands-on, inquiry-based learning.

Wright said the district has partnered with Auburn University to apply for a grant in the area of agriscience that will also impact elementary students.

When students progress to middle school, they are introduced to STEM on a more advanced level through the federally funded STARBASE Maxwell program at Maxwell Air Force Base in Montgomery.

For one full week, Wright said students are bussed to and from Maxwell AFB to participate in the program.

“It’s a great program, not only for students, but for the teachers as well,” Wright said. “Our teachers are able to observe how professionals in the field teach STEM. They can then take those tips and apply them in the classroom.”

For girls, the district’s middle schools have launched a program called Girls Who Code to help combat the trend of girls dropping out of STEM programs as they get older. Nationwide, only 27% of girls participate in STEM programs, according to Wright.

“Starting in fifth or sixth grade, girls start to steer away from STEM,” Wright said. “From what I’ve seen, a lot of the time girls are bullied out of STEM. I once taught an eighth grade STEM class that had 21 boys and one girl and the boys would tell her that she had no business in the class. Girls Who Code is one way we’re attempting to overcome those factors when it comes to girls who are interested in STEM. It’s our duty as educators to keep young ladies interested in STEM because the ones who stay in it are usually the leaders in their field.”

Wright said the clubs meet after school once a week at each school and the students learn the basics of coding. Sometimes females with careers in STEM are invited to speak to the girls to give them an idea of what they can do if they stick with it.

Students are provided with an after-school snack or small meal and are transported home by bus. Wright said he was inspired by superintendent Richard Dennis to find ways to eliminate possible obstacles for families.

By the end of their time in the program, Wright said he hopes the girls’ confidence is built up enough for them to know that they can hold their own and not be intimidated when they are outnumbered by boys.

At the high school level, Wright said the Elmore County Technical Center is leading the way for vocational schools with students being able to enroll in classes like pre-engineering and aeronautics.

Each high school also offers opportunities to participate in various STEM teams, classes and clubs where students compete in rocket, electric car and CyberPatriot competitions. CyberPatriot, created by the Air Force Association, focuses on cyber security. During CyberPatriot competitions, malware is sent to the teams’ computer and the team is challenged with figuring out what needs to be done to block the malware before time runs out.

Wright said he is also looking in to the possibility of integrating STEM into esports, which he expects will be popular during COVID-19 because students can compete while being socially distant. He said the district is communicating with IT professionals to see if it would be feasible for esports team members to build the computer they’ll use for esports.

As the district looks for new ways to enrich its students when it comes to STEM, Wright said the continuous goal is to imbed project-based, student-led initiatives into the school system.