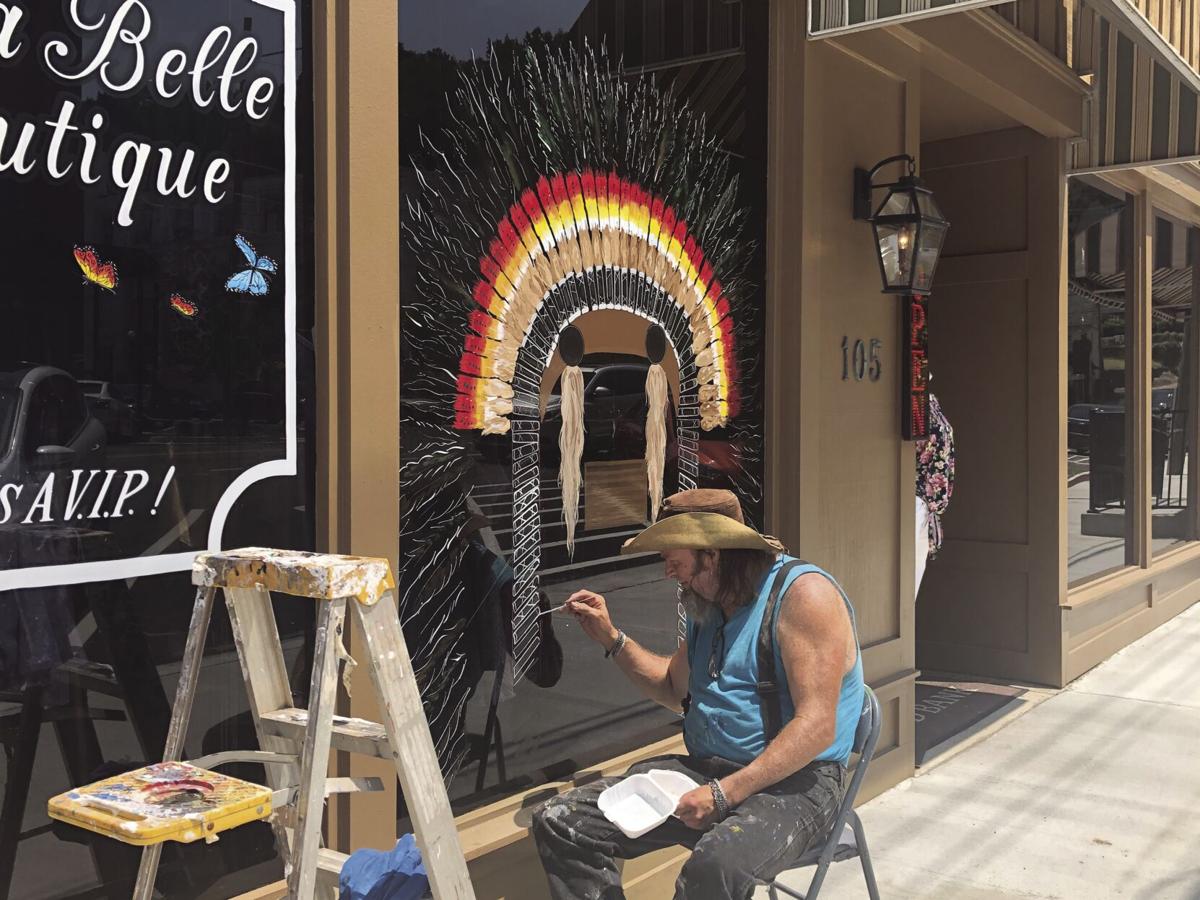 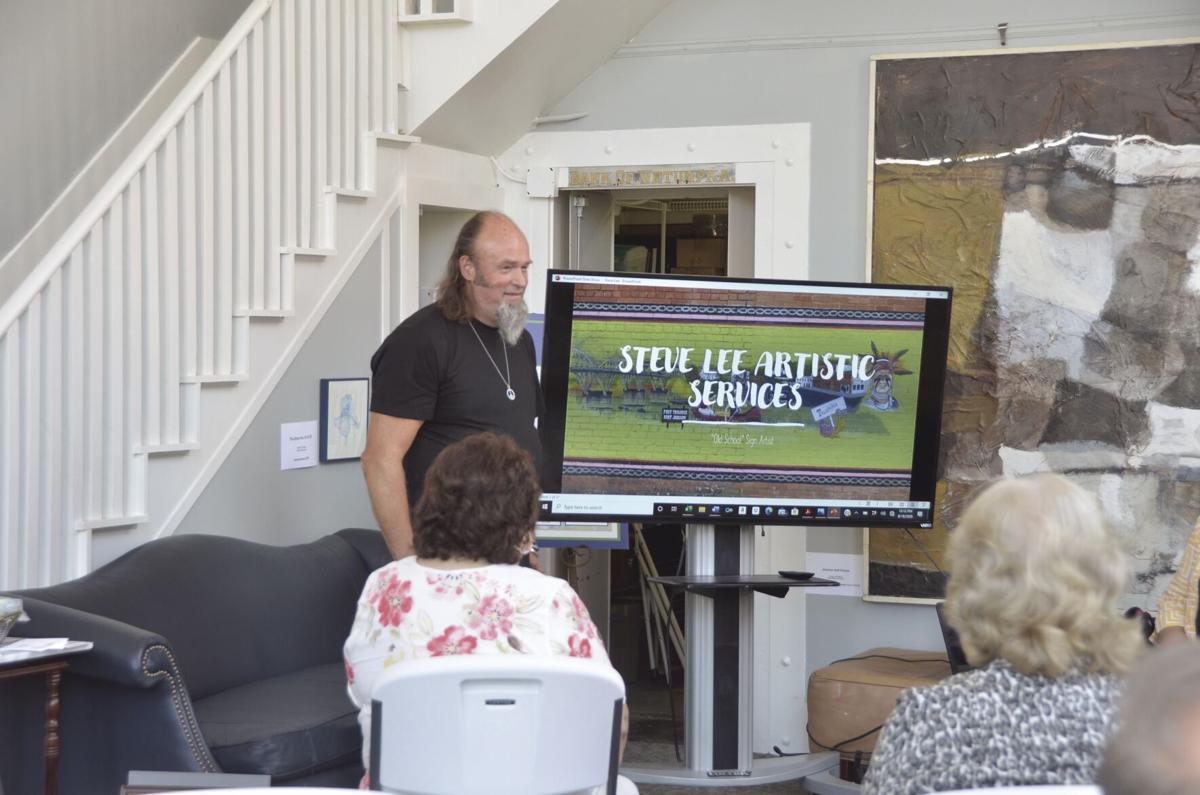 Steve Lee speaks to attendees at the Tuesdays with Kelly hosted by the Kelly Fitzpatrick Memorial Gallery on Tuesday. The Herald / Briana Wilson

Steve Lee speaks to attendees at the Tuesdays with Kelly hosted by the Kelly Fitzpatrick Memorial Gallery on Tuesday. The Herald / Briana Wilson

While strolling trough downtown Wetumpka, many works of art by local artist Steve Lee are featured on storefront windows, doors and on the sides of buildings.

Since completing his first commissioned project at Copper House Deli, Lee has been called on to create works of art at various businesses in the city. From the Ft. Toulouse mural on East Bridge Street, to the dinosaur mural on the building occupied by Frios Gourmet Pops and the graphic design work at Creed Gym on U.S. Highway 231, Lee has left his mark on Wetumpka.

If you were in the downtown area last Wednesday afternoon, you would have seen him painting a Native American headdress on the window at Coosa Belle Boutique.

Shoppers and passersby can stand in the middle of the painting and it would look as if they were wearing the headdress.

Just the day before, Lee was at the Kelly Fitzpatrick Memorial Gallery’s Tuesdays with Kelly event sharing his success story with an audience. The educational event is held on the third Tuesday of every month and features an artist sharing their stories and inspirations.

“We want to provide educational opportunities for the community as a whole, not only for school-aged children,” Hickman said.

During the event, Lee shared that his journey as an artist started as a child in the first grade. After winning several art contests in schools, his teacher told his parent she was sure is future career path would have something to do with art. Around school, he was known as the artist.

By the fourth or fifth grade, he too was convinced he was called to be an artist. “Sesame Street” heavily influenced his declaration. He admits he was obsessed with the show and vividly remembers being intrigued and captivated while watching an episode where the No. 5 was painted onto a highway.

It was also around this time Lee first started accepting art commissions.

“I would charge my classmates 50 cents to draw popular celebrities or characters on their notebooks,” he said.

Lee was born with a limb difference that affects his hands. Most of his fingers didn’t completely form, but it’s not something he’s allowed to deter him from his purpose.

“You have to use what you’ve been given, and that’s what I did,” he said. “If you have a love and desire for something, your whole environment will start to reflect that. That’s been true for me throughout my life. I truly believe that God creates an environment for you to thrive at your passions.”

Today, Lee makes a living through his commissioned artwork.

The next Tuesdays with Kelly event will be from noon to 1 p.m. on Sept. 15. In the meantime, the community can enjoy the gallery’s Legends and Legacy art exhibit that opens Friday.

For more information about The Kelly, go to TheKelly.org.